‘LEGO Movie 2’ is awesome on all levels 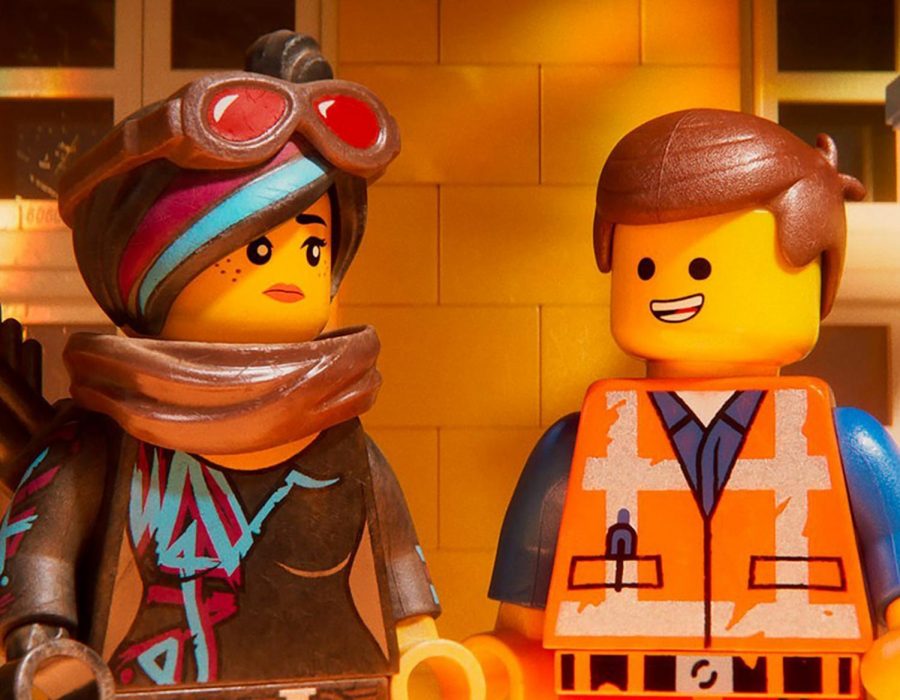 Directed by Mike Mitchell and written by Phil Lord and Christopher Miller, "The LEGO Movie 2: The Second part" was released on Feb. 8. The much-anticipated sequel received an 82 percent Rotten Tomatoes rating.

Back in 2014, “The LEGO Movie” had to overcome the enormous challenge of adapting a storyless toy brand into a compelling blockbuster. Through expert use of wit and charm, the film became a rightful smash hit that could be enjoyed equally among children and adults. And, for better or worse, it introduced the world to the incredibly memorable song, “Everything is Awesome.”

Opening exactly where the original left off, the Duplos have attacked Bricksburg and transformed the land into an apocalyptic “Mad Max”-like wasteland. Despite the darkness of the situation, Emmett maintains his cheery attitude, making him an outsider amongst the tougher community members. In the midst of an attack, Lucy is captured and taken to the Sistar System. With both his home and friends taken from him, Emmett sets out to save Lucy and become the tough guy he thinks he needs to be.

Mitchell doesn’t try to reinvent the wheel and stays very much in the same lane as the first film. He keeps the pace frenetic and is able to cram a large amount of story within a 106-minute runtime. This fast pace works well at keeping the jokes fresh, but it does wear the story thin near the beginning of the third act. Fortunately, the film quickly recovers and deliver a beautiful ending.

Supporting the vast amount of set pieces and action sequences is some great animation that is slightly improved over the first film. Computerized effects are used in restraint in favor of more practical-looking effects, and even when used, the computer effects are creative and fit well within the story.

Even though they passed on directing, Phil Lord and Christopher Miller returned as scriptwriters for this sequel. The pair proves yet again that they have a natural talent for witty dialogue that works best when it’s able to parody itself.

The script for this film closely resembles the first as it preaches the value of being yourself and accepting others. This retread of familiar material does strip the story of surprising moments, but the rapid-fire meta jokes about this fact make up for the conventionality.

One thing this sequel does better than the original is flesh out the real world story of the brother and sister that control what happens in the LEGO world. The addition of this element provides some touching moments that connect well with anybody who remembers having fights with their sibling over childhood toys.

With both returners and newcomers, the voice cast does a great job of supplying the laughs and heartstring-tugging moments.

Chris Pratt is exceptional as Emmett. His upbeat voice and ability to connect emotionally with the audience makes him a fantastic leading character.

Elizabeth Banks does a great job as Lucy, whose imprisonment forces her to look in a mirror and decide who she really is.

Will Arnett is perfect as Batman, who is still full of himself and offers hilarious material in a supporting role.

Tiffany Haddish is the standout as Queen Watevra Wa’Nabi. Along with being uproariously funny, Haddish surprisingly lends her voice to some new songs, most notably “Gotham City Guys.”

Five years after the original, “The LEGO Movie 2: The Second Part” surpasses all expectations and captures lighting in a bottle again. With heart and humor to spare, this tale for all ages is yet another awesome experience that is able to take its small pieces and build something extraordinarily larger than life.