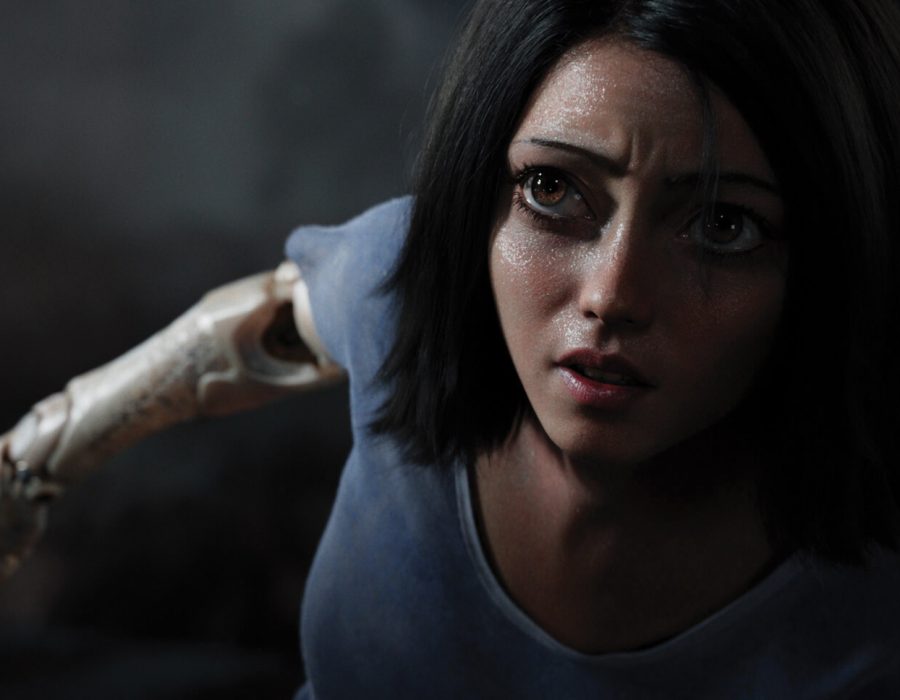 Released on Feb. 14, "Alita: Battle Angel" stars Rosa Salazar and is directed by Robert Rodriguez. The action film is based on "Gunnm," a cyberpunk manga series by Yukito Kishiro.

In the 23rd century, a colossal war known as “The Fall” took place and wiped out a majority of the people and resources on Earth. The only two places that remain are the poverty-stricken wasteland of Iron City and the luxurious sky city of Zalem.

Now in the year 2563, Dr. Dyson Ido scouts through the scraps and finds a broken female cyborg that appears to be a relic from the great war. After her body and human brain are repaired, she wakes up and is named Alita, the name of the doctor’s deceased daughter.

With no memory, Alita sets out to discover her past and the purpose she serves in this divided time. Her journey takes her through the streets of Iron City as she interacts with a mix of both humans and robots, each fighting to survive in the tough world.

After years of lying dormant, Robert Rodriguez was appointed to direct this adaptation of the first four manga book in the “Alita” series.

Best known for making fast and cheap films focused more on action than story (“Sin City,” “From Dusk Till Dawn”), it becomes clear right away that Rodriguez was the wrong man for the job. Needlessly setting the pace to maximum overdrive and never looking back, he blitzes past all the background information and shoves the audience straight into the narrative. Important questions are never answered or given a passing thought as the film either expects the audience to already know all the answers or to just not care enough to bother asking.

Along with the fast-paced story comes some rapid action set pieces that share the same miserable fate. Keeping track of what is going on becomes a chore as the characters whisk around the screen with their superhuman abilities. Anyone wishing to see this in 3D should pack some ibuprofen.

Despite being written by the usually brilliant James Cameron (“Titanic,” “Avatar”), the screenplay is filled with some of the most atrocious dialogue of the modern era. Cameron’s ham-fisted approach towards the themes of humanity and morals are so predictable and cheesy that it sparks a feeling of nausea every time a character opens their mouth.

Even weaker than the dialogue is the overall plot, which is absolutely incoherent — with no rhyme or reason for anything. Even when Cameron tries to explain anything, he lazily falls into drab expository dialogue that creates more questions than it answers.

“Alita: Battle Angel” boasts a solid cast on paper, but the script fails to develop any of its characters in a meaningful way. Arcs and clear motivations are nonexistent as characters do whatever the script needs them to do, even if it makes no sense.

Quite possibly the worst part of the script and film as a whole is the downright insulting cliffhanger ending. After answering zero questions and setting up nothing interesting, the film has the audacity to stare right at the audience and tell them that all will be revealed once they come back and pay more money.

Faring just a smidge better than other departments, the acting is still subpar across the board. This comes as a bit of a surprise, considering the supporting roles are filled by three Oscar winners.

Playing the titular character is Rosa Salazar, who does an adequate job. She does reasonably at blending her human emotions and robotic body into a believable character but tends to over-act during the most important scenes.

Keean Johnson plays Hugo, a motorcycle-riding drifter who gets romantically involved with Alita. Johnson is mostly just a pretty boy and is never able to make his character tolerable enough to care about.

Jennifer Connelly is very cold and stilted as Chiren, the ex-wife of Ido. Never speaking above a monotone, Connelly attempts to make her character mysterious but ends up being boring and uninteresting.

Both Christoph Waltz and Mahershala Ali are below average in their supporting roles as Ido and Vector, respectively. Each one doesn’t really seem to care and kind of just passes through each scene with little energy.

With Robert Rodriguez, James Cameron and a $200 million production budget, “Alita: Battle Angel” proves yet again that money can’t buy quality and that even the best talent in the industry can still make a truly awful film.