Is the spring break “bronze glow” really worth it? 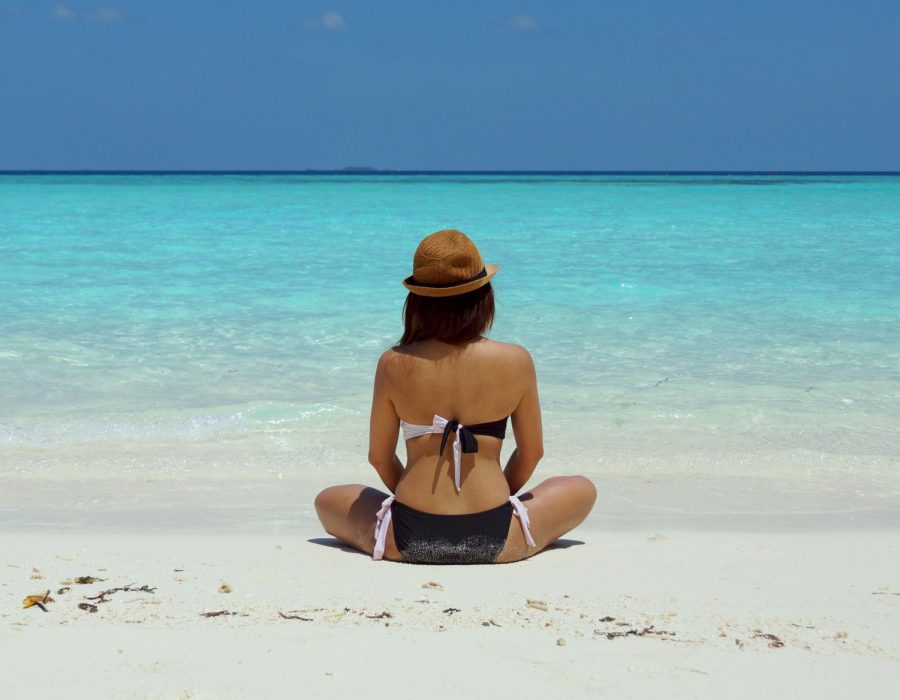 Opinion columnist Samantha Goodman discusses the harmful effects of tanning bed usage, and asks readers to weigh the pros and cons before making a decision to use them.

With spring break just around the corner, tanning beds are regularly being occupied by students yearning for that bronze color to show off in their bikinis. Regular tanning bed usage places users at a risk of 60 percent for developing skin cancer, as well as premature skin aging, according to the American Cancer Society.

Tanning bed users often put these concerns out of sight and out of mind as soon as they close the lid and expose themselves to potentially deadly UV rays. However, when they are older and their skin looks twice its age, they will likely regret it. So, tanning bed users, is the bronze color really worth it?

Not only are tanning beds physically harmful and detrimental to your health, they also can impact users mentally. Regular and consistent tanning bed users are becoming “tanning bed dependent,” according to a 2017 study conducted by researchers at the Georgetown University Medical Center. Users often become obsessed with the warmth provided, the relaxation experienced and the attractive way it makes their bodies appear.

Tanning bed users exhibit similar brain wave patterns of drug addicts and activate certain parts of the brain that drug users would when presented with the addictive substances. This process releases endorphins, making the user come back for more and essentially gives birth to the addiction.

I used to be a tanning bed user. I bought the membership a month prior to my vacation and visited the tanning salon religiously. I strived to get the darkest color I could because I wanted my money’s worth and be the darkest of my friends and family. Many of my friends also were tanning, and we had contests to see who could get the darkest. Did I mention we were in seventh grade? Pathetic.

Around this same time, Iowa legislature was attempting to pass a law that would restrict minors from the use of indoor tanning beds. When I heard of this, I was infuriated. How could I get the tan I needed before my vacations? The bill did not pass at the time, but it should have.

According to the Iowa Department of Public Health, Iowa currently has no laws restricting any age person from the use of tanning beds. Minors must have parental consent to tan, and if the person is younger than age 16, the parent has to be present in the salon at all times. Many bills have tried to be passed, such as HF111, HF143, HF395 and HF117, fighting to at least restrict persons younger than the age of 17 or 18 from the harmful effects.

Iowa is one of five states that has no laws preventing minors from the use of indoor tanning, as of Jan. 1, 2017. Five out of 50. Obviously, other states are seeing the prevalent and harrowing risks that use of tanning beds entail and are trying to prevent this situation from getting worse.

Many tanning bed users argue that they tan before their vacation to prevent burning while being under the intense rays of the sun. However, having an existing tan before entering harsh rays only provides an SPF of 2 or 3, according to David Leffell, the chief of dermatologic surgery and cutaneous oncology at the Yale University School of Medicine. This low of an SPF will not prevent skin from burning. Do you know what will? Sunscreen. So, sunscreen should be your best friend, not toxic UV rays.