‘Greta’ is aimlessly dumb and dull 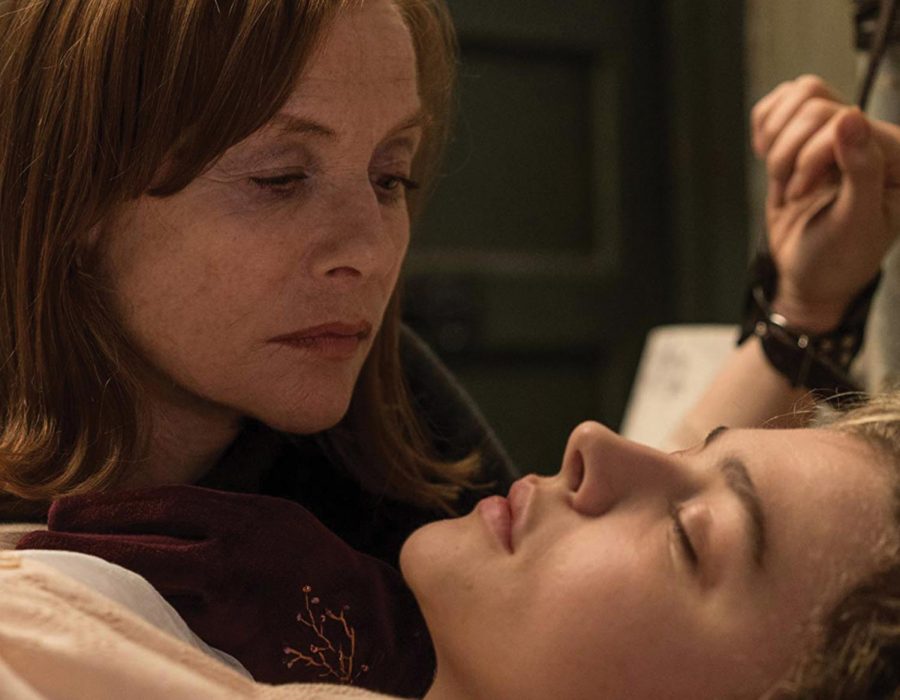 Frances McCullen is a recent graduate trying to make ends meet in New York City. She shares an apartment with her best friend Erica and works as a waitress at an upscale restaurant.

One day while riding the subway, Frances spots a handbag that has been mistakenly left behind. Knowing it would be the right thing to do, Frances returns it to the owner, Greta Hideg, a lonely elderly French woman. The two quickly hit it off and a mutual friendship is sparked between them.

However, as time goes by, the relationship becomes strange. Frances discovers an unsettling secret about Greta and decides to cut ties with her. Greta doesn’t take the news well and becomes deranged, stalking Frances day and night. Stuck in a hard place with little help from the authorities, Frances must her take her life into her own hands as she becomes prey to a ferocious predator.

Directed by Neil Jordan, “Greta” is a film that suffers from the condition of not knowing what it is.

The loudest thought going through my head while watching was, “What exactly Jordan was going for?” The film feels like a cheap B-movie that somewhat pays homage to the stalker genre made popular in the ‘80s and ‘90s.

But that nostalgic factor doesn’t feel intentional. Many of the storytelling elements are haphazardly put together, making the film fall apart quickly and stumble all the way to the finish.

If the feeling I got was intentional by Jordan, then he did a below-average job at making a cheesy thriller to kill some time. If it wasn’t intentional and this was supposed to be a straight story, he failed quite miserably. Either way, it doesn’t turn out good.

Jordan does employ a combination of camera tricks and loud string music to build and release tension, mainly through the medium of jump scares. The techniques are a small grade above what you would usually see in a typical horror film, but it’s also nothing worthy of merit.

Jordan partnered with Ray Wright to pen the script, which can best be described as “dumb horror characters make really dumb decisions.” Many times, I found myself in disbelief over the actions a character had just taken.

A prime example of this would be *spoilers* near the end of the film when a character is being held hostage in a house and an opportunity arises for them to escape. Instead of breaking down the front door and running away, they end up going down into the basement and are immediately trapped again.

Just like the tonally amateur feel, these senseless decisions come from Jordan’s unknown and seemingly nonexistent sense of direction. Are these illogical choices supposed to mock the horror genre and be laughed at, or are the characters just ridiculously stupid? I could never find a clear answer, and something tells me neither did Jordan.

If the character choices don’t evoke enough groans, the insufferably fake dialogue will more than make up for it. Teenage characters talk like what an elderly person thinks they talk like, and elderly characters sound like their lines were written by a teenager in high school English class.

Maybe the only real reason to watch this film is for Isabelle Huppert, as she thanklessly dives into the role of Greta.

I feel that she must have realized how poorly this film would turn out and decided to have some fun with it. It’s still not a great performance, but it’s nice to watch someone having the time of their life.

After maturing with roles in “The Miseducation of Cameron Post” and “Suspiria,” Chloë Grace Moretz falls back into the old shtick of playing the innocent cute girl.

Similar to Huppert, Moretz seems to know that she’s above this kind of low-level work. But unlike Huppert, she deals with this fact by just not caring and mentally checking out, which makes her character look half-awake most of the time.

Maika Monroe shows up in a supporting role as Erica, the usual voice of reason that mainly acts as the vessel for the audience. Monroe is fine throughout but tends to overplay the stereotype of the party girl caught in a horror film.

The world may never know what Neil Jordan was going for with “Greta,” but either way, the final product turned out pretty bad. More likely to put you to sleep than bring you out of your seat, this so-called thriller lacks the essential quality that even the most outright terrible movies have: a sense that someone actually cared.