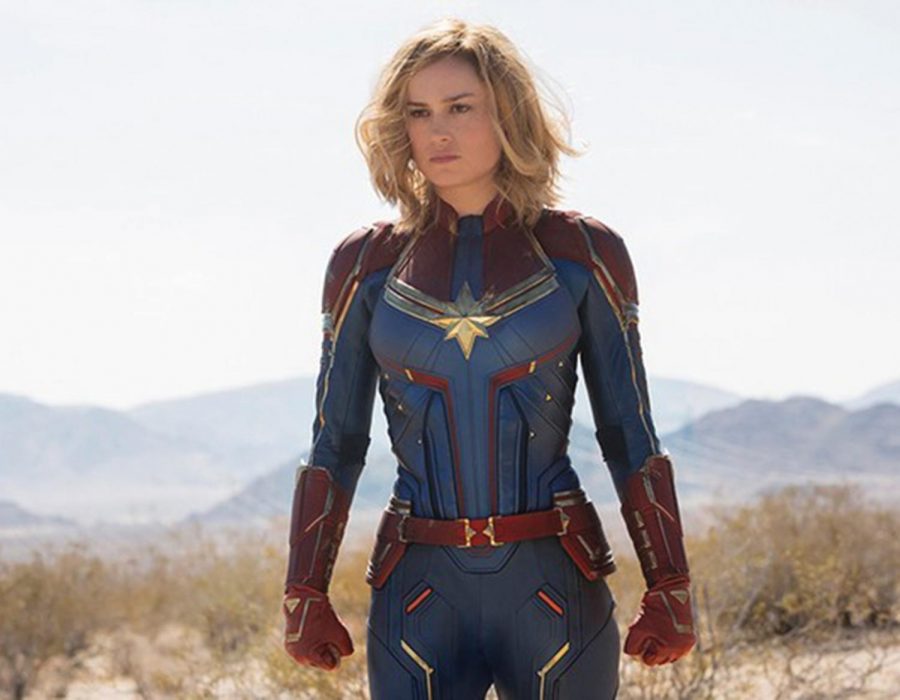 Marking the 21st chapter in the ever-expanding Marvel Cinematic Universe (MCU), “Captain Marvel” has finally bowed out in theatres after a mountain of hype had been built up for close to a year.

What should be an enjoyable and inspirational tale ends up being a tepid blockbuster that sorely lacks in the areas that have made the Marvel brand so entertainingly great.

“Captain Marvel” is directed by partners Anna Boden and Ryan Fleck, who have previously worked on smaller indie films, most notably “Half Nelson.”

Now with a budget of $152 million, the pair’s lack of experience with tentpole films glaringly shows. Many of the action scenes are by the numbers as they devolve into a series of quick camera cuts and choppy editing.

The computer and practical effects don’t help at all with the action. Apart from the de-aging of Samuel L. Jackson, which looks incredible, the visuals look a bit outdated, almost like the film was made 10 years ago.

To recreate the feel of the 1990s setting, Boden and Fleck rely heavily on nostalgic product placements and callbacks. Blockbuster Video, internet cafes, pagers and an endless line of fashionable toys are paraded throughout the film to try and get a response from the audience.

It reminded me of the same shallow technique that was used to death in “Ready Player One” where inessential references are repeatedly made instead of constructive jokes.

Probably the biggest problem with “Captain Marvel” is the incoherent and bland story that offers the audience little to care about.

Right away the film introduces the conflict between the Kree and the Skrull, two factions who have been at war for an eternity. Basic facts are given such as a roster of important characters, but other relevant information such as the war’s importance and purpose are left out.

Even as the conflict gradually becomes the main part of the narrative, these necessary explanations are never touched on.

This lack of information strips the film of any real stakes within the MCU — not that low stakes is an outright bad thing. “Ant-Man” has next to no overall effect on the other films within the universe, but the franchise still works anyway as it makes you care about its great characters.

That central quality is also missing from “Captain Marvel,” which is surprising considering both Boden and Fleck have built their careers from their prowess for layered human drama.

Despite being her origin story, the character of Captain Marvel turns out to be the least interesting person in the film. Her storyline is quite straightforward and consists of a lot of on-the-nose messaging that feels shoehorned in.

Tonally, this film falls in line with the rest of the MCU. Comedy is mixed in with drama, but not as seamless as you would expect. Many of the jokes don’t land or feel too forced in awkward positions. A disappointing feeling repeatedly panged me every time a pivotal scene was undercut by a joke that really didn’t work.

Brie Larson does a thoroughly average job as the titular hero. Her performance contains seldom amounts of energy, which can partly be blamed on the lackluster script she had to work with. Fortunately, Larson does show a ton of confidence and a knack for comedic timing in her limited number of quality scenes.

Samuel L. Jackson is great as Nick Fury, who at the moment is only an agent of S.H.I.E.L.D. Jackson brings his usual boisterous flair to the role and is able to make up for the downbeat energy exuded by the rest of the cast.

Jude Law, Ben Mendelsohn and Annette Bening fill out the rest of the supporting cast. Each one of them does a fine job, but these roles are hardly anything compared to the other work they have done.

Is “Captain Marvel” a good movie? No. Is it a bad movie? Also no.

This is an average film that comes and goes while doing everything you expect and nothing more.

In the grand scheme of things, this film is just a quick jolt of superhero energy to keep audiences satisfied until “Avengers: Endgame.”