CME dunks for diversity at tournament 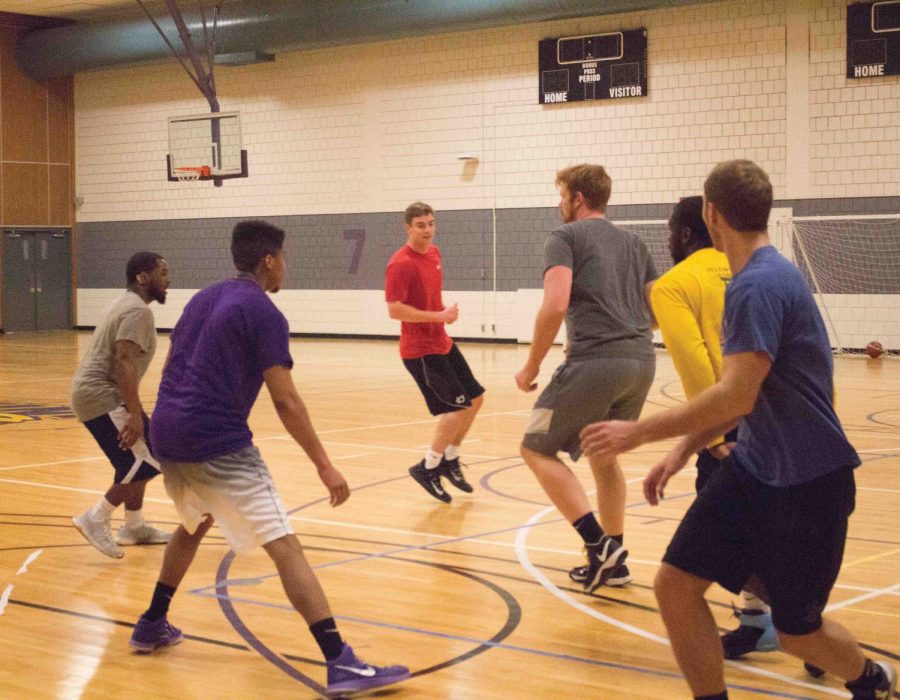 Students and Cedar Falls community members came together for a basketball tournament unlike any other.

Student program coordinators from the Center for Multicultural Education (CME) held a “Dunking for Diversity” event in the Wellness and Recreation Center top level basketball courts on Saturday, March 30.

The event was a three-on-three basketball tournament with starting activities surrounding diversity education. Free pizza was provided and everyone who attended was also given a free shirt. The tournament winners from first place to third place received prizes of gift cards and CME merchandise. Around 60 people were in attendance along with the 15 teams that participated.

According to Huang, they did a similar event to this tournament in the fall but on a much smaller scale.

“We decided we could make the event that was in the fall in a much bigger scale and incorporate more diversity aspects,” Huang said.

The event started with diversity education in the form of different exercises and small group sessions.

“We just wanted to use basketball as a platform to bring people together because as you can see in the professional sports today transcends race, sex and any different culture,” Huang said. “Mainly because the power of sports is so universal and that’s something that we really wanted to incorporate into our events.”

“I thought it was pretty good; bringing everyone together,” Danilson said. “Everyone loves to play basketball.”

There were three main components to the breakout sessions that occurred an hour before the tournament started, according to Huang. They covered the topics of social diversity, ableism, implicit bias, and affinity bias along with experiences regarding race on campus. The last part of the discussions was a panel featuring the multicultural student athletes.

“It was kind of a free-flowing conversation from athletes to students, and if the students had questions about it, they could just ask the athletes,” Huang said.

Huang led the discussion on implicit bias. He said attendees got to learn about how implicit bias affects the way the choose their friends.

“That really hit me,” said Chase Shetter, a fifth-year general studies major. “That you do certain things you don’t really think about.”

Huang said that all the attendees got to do a privilege walk where they were told to step forward or back in response to questions about different types of privilege.

Jackson attended to support his friends who were putting on the program. He said it was impressive to see how basketball brought so many different people into the event.

The main goal for the event to was have diversity education at the forefront, according to Huang.

Each T-shirt at the event had the mission statement created by Huang and Newsome on the back.

The mission statement reads: “The Center for Multicultural Education seeks to provide a diverse education for all its community members in order to provide a safe and welcoming environment that fosters academic success. ‘Dunking for Diversity’ utilizes the power of sports to transcend any boundaries of race, culture and sex to help promote a sense of belonging on our campus.”

Huang said that the idea of hosting the event in the WRC was to also reach students who may not usually go to the CME and serve as bridge to that point.

“Hopefully after me and Isaac graduate from UNI that we have a legacy kind of left behind us in our own imprint with dunking for diversity and it becomes an annual event hopefully in the future,” Huang said. “And our new and future student program coordinators will sort of take it on and kind of continue what we started.”