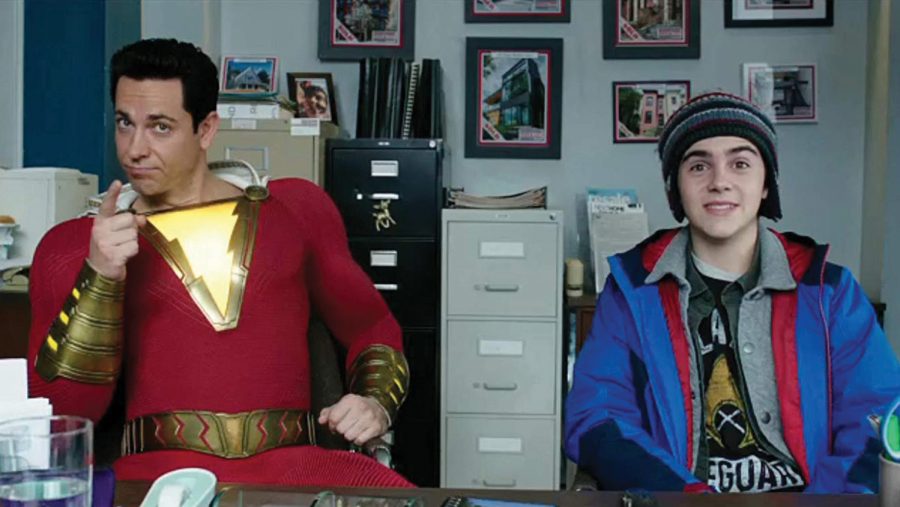 If you had told me that we would get both a “Captain Marvel” and “Shazam” film in the same year, I would have called you crazy. But stranger things have happened, which is something we’ve had to get used to over the past couple of years. So now the year is 2019 and both of these films have premiered within the span of a month. Unfortunately, as happy as I am to see these films get their moment to shine, the experience that I got out of both of them didn’t match well with my expectations.

The superhero origin story told in “Shazam!” centers around Billy Batson, a troubled kid who has committed his whole life to running away from foster homes and finding his real mom.

One fateful day, Billy is approached by an all-seeing wizard who wishes to transfer his power to him so that he may fight off the seven deadly sins seeking to destroy humanity. By speaking the wizard’s name, Billy is suddenly transformed into the unstoppable superhero Shazam that possess the combined powers of the Greek gods.

With his new, nearly unlimited powers, Billy must now set out to do good in the world, while still trying to find his real home.

“Shazam!” is directed by David F. Sandberg, who has made his name with the horror films “Annabelle: Creation” and “Lights Out.”

One admirable thing that can be said of Sandberg is his intention and ability to make this film a moderately fun ride throughout as it pokes fun at itself from time to time.

To my regret, that is probably the only good thing that can be said about his directing, which has a consistent pattern of him packing so much smaller material into an already overstuffed main narrative.

The biggest issue that plagues “Shazam!” is that it always acts like it’s different than all the other superhero films, even though it really isn’t. This problem can be glaringly seen in the egregious 132-minute runtime, which follows the generic origin path where the hero gets their powers, has some struggles along the way and then vanquishes evil in a climatic CGI battle. The one thing that that this film does different lies within its effects, which are a lot worse when compared to the competition.

Written by Henry Gayden, “Shazam!” tries really hard (and fails) to be the family-friendly version of “Deadpool.”

The problem that this film repeatedly runs into stems from the fact that “Deadpool”’s style works solely on the effortless charm of Ryan Reynolds and its ability to be R-rated — two things that “Shazam!” sorely lacks.

To be fair, a few of the jokes are actually quite funny, but the majority just fall flat and feel like a pale imitation.

Another problem with “Shazam!” is its terrible one-dimensional villain, whose name I couldn’t even remember until the credits rolled by. Basically, he’s a supervillain that does bad things because that’s what a supervillain does. Clear motives for his actions or any other defining character traits are nonexistent

Retouching on the point of needless subplots, the whole storyline about the missing mother is handled quite amateurishly and laughably underwhelms in its conclusion. Part of the blame can be placed on Sandberg for spending too much time on it, but most of it should go to Gayden for not cutting this tedious and unimportant plot out of an already bloated story.

Maybe the finest quality that this film has lies within its lead actor, Zachary Levi, who brings a lot of energy to the titular role. He’s no Ryan Reynolds, which he tries really hard to be, but he does a good enough job to cover over many of the storytelling faults.

Asher Angel plays Billy and does a below-average job. His performance of Billy as an insufferably meddling kid wildly contrasts with Levi’s and makes it really hard to believe both of them are playing the same core character.

The villain role of Sivana is played by Mark Strong. Just like his character, Strong’s dull performance is immediately forgotten after watching.

Lastly, Djimon Hounsou underwhelmingly stars as the wizard, who can best be described as a dollar store version of Gandalf.

After seven entries, the DC Extended Universe has yet to put out one above average film. And although “Shazam!” falls prey to many of the same problems that have besieged the other films in the universe, the one thing that it can hang its hat on is its ability to be quite entertaining for a portion of its runtime. Still, don’t expect to be blown away, just moderately surprised.