Consider the risks when using e-cigarettes 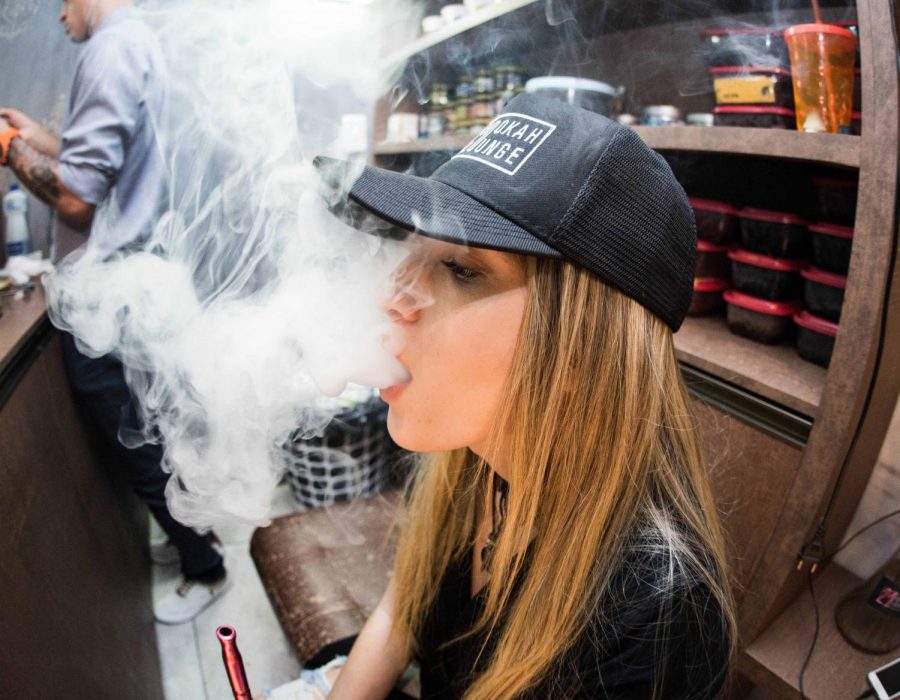 Opinion columnist Samantha Goodman discusses the rising use of e-cigarettes among youth and concerns she has about their toxicity and long term effects.

These words, and more, have come directly from the mouths of many of my friends. Ironically, these friends also commonly use e-cigarettes, marketed as Vapes, Juuls, Vuses, Drops or others. The distinction between cigarettes and e-cigarettes needs to be better communicated, and the hype over these toxic devices needs to end.

According to Yvette Brazier with Medical News Today in an article published in June of 2018, “An electronic cigarette is a battery-operated device that emits doses of vaporized nicotine, or non-nicotine solutions, for the user to inhale. It aims to provide a similar sensation to inhaling tobacco smoke, without the smoke.”

E-cigarettes were introduced as an alternative for people who smoke cigarettes. The Centers for Disease Control and Prevention stated also in June of 2018, “E-cigarettes can benefit adult smokers, as long as they completely replace any other nicotine or tobacco products.”

Unfortunately, e-cigarettes have also created an immense addiction for youth. Brazier states, “Vaping is now the most popular form of tobacco use among teenagers in the U.S. E-cigarette use rose by 900 percent among high school students from 2011 to 2015.”

“Samantha, take a hit. Come on, you know you want to.” This was a phrase I commonly heard in high school when my friends hopped on the vaping bandwagon. I didn’t have a desire to put toxic chemicals from an unknown device into my body. I tried to politely decline each time, but the peer pressure was — and still is — immense. Brazier states, “In 2016, over 2 million middle and high school students had tried e-cigarettes. For those aged 18 to 24 years, 40 percent of vapers had not been smokers before using the device.”

Today, it can be difficult to find a high schooler — or even a middle schooler — who hasn’t at least tried some form of an e-cigarette. Students from Summit Middle School in Johnston, Iowa, are suspended for being caught with these devices on school grounds. These students are 11 to 13 years old and are already creating unhealthy addictions. Although, seemingly no one would admit they are addicted.

Some of my former classmates couldn’t last a single school day — let alone an entire class period — without taking a vaping hit. They would ask to use the bathroom, lock themselves in a stall, and deeply inhale, hoping no janitor or teacher would walk into their cloud of smoke. I continue to see this addiction at my workplace. I have former coworkers who couldn’t last an hour without sneaking into a bathroom or the break room to breathe in the toxic fumes, again, hoping to not get caught. That defines addiction.

So how does vaping compare to cigarette smoking? Let’s check the facts. According to Brazier, E-cigarette users can choose their preferred level of nicotine, ranging from zero to extra-high, 24 to 36 milligrams per milliliter. The nicotine is what causes users to become addicted and can harm an adolescent brain or even fetal development. So, it is up to the users on how destructive they choose to be to their body or the bodies of their unborn children.

In January 2018, a study on mice assessed how nitrosamines that are present in e-cigarettes can damage DNA. Researchers concluded, “It is therefore possible that E-cigarette smoke may contribute to lung and bladder cancer, as well as heart disease, in humans,” according to Brazier. E-cigarette users claim that it’s better than smoking cigarettes, but the Centers for Disease Control and Prevention clearly states that vaping is not suitable for young people or for those who have never smoked before.

An argument can be made that e-cigarettes are a healthier alternative to cigarettes, but that is simply a debate over which is the lesser of two evils. Nicotine, in any form, is highly addictive and harmful. The use of e-cigarettes has not been certified as safe and effective by the FDA, and there is no evidence that it works to reduce a smoking addiction in the long term, according to Brazier. Users should be aware of the risks that accompany e-cigarettes and recognize the damage that can result from ongoing use.