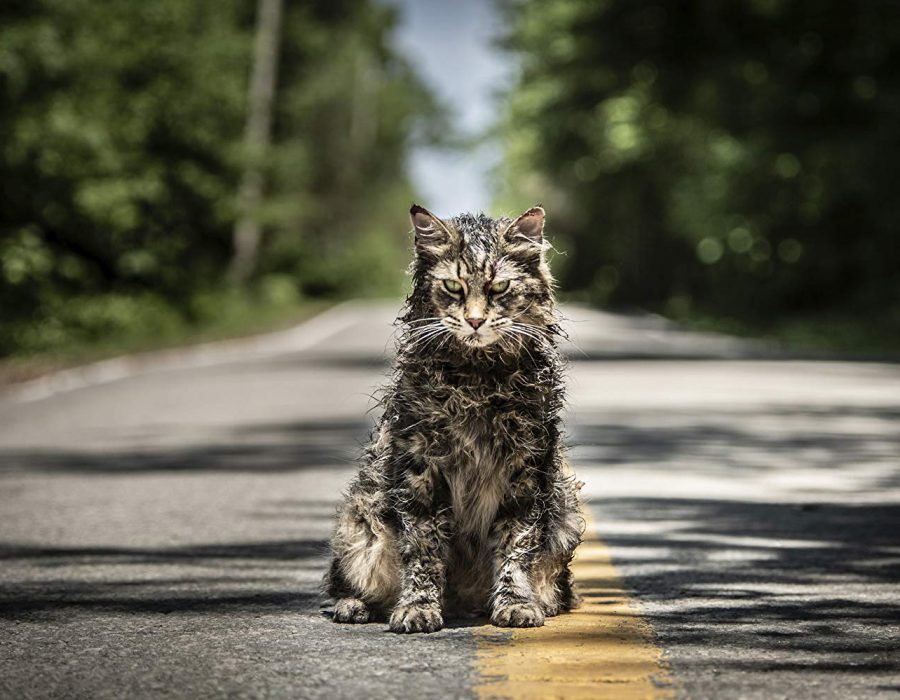 Based on the 1963 horror novel by Stephen King, the second film adaption of "Pet Semetary" was released on April 5. Directed by Kevin Kölsch and Dennis Widmyer, it received a 58 percent rating on Rotten Tomatoes.

What if you had the option to bring someone back from the dead? Would you seize the opportunity to get a second chance or would you turn away and leave the dead as they were?

Author Stephen King posed and gave a grisly answer to this very question with his 1983 cult-classic novel, “Pet Sematary.”

Centering around the Creed family and their patriarch, Louis, the story begins with them having just moved to Maine. They live in a quaint country home that just so happens to have an eerie burial ground for long-deceased pets that sits in their backyard.

Just days after moving in, the family cat, Church, is found dead. Not wanting to upset his daughter, Louis decides to bury the animal before she finds out. Lending a hand is neighbor Judd, who shows Louis a spot above the burial ground that possesses power beyond human reason.

Suddenly the cat is back from the dead, but this time it is much meaner and mangier.

After some time, another major tragedy strikes the family. Distraught from his loss, Louis goes back to the supernatural spot in order to bring his loved one back. Louis does get his wish, but it doesn’t turn out the way he wanted, resulting in a lesson that teaches that death always wins in the end.

Directed by partners Kevin Kölsch and Dennis Widmyer, “Pet Sematary” is a film that tells a tale of two halves in terms of pacing and excitement.

The first half turns out to be quite boring as the story is slowly unfolded in order to touch on the most minute of details. After the pivotal moment that climaxes the buildup, the second half picks up speed and is able to be the horror film it wants to be.

Just like the runtime, the scare tactics used in the first half very much pale compared to the latter half.

The first hour consisted solely of identically structured jump scares that became more and more predictable as they kept happening. But once the recycled startling is over, the real horror sets in as Kölsch and Widmyer do great work by authentically building up terror through the atmosphere and actor performances.

Almost identical with the quality of the directing is the writing by Jeff Buhler.

Despite being a pretty simple concept for audiences to grasp, Buhler spends a fairly large chunk of the film tediously explaining every fact surrounding the narrative. This incessant need for overly expositive storytelling grinds the film to a crawl and made me feel like I was in a glorified lecture where the professor would never stop talking.

Before, I had mentioned that the first hour is filled with recycled jump scares. While some of that blame can be put on the directors for not trying hard enough, much of it goes to Buhler for not giving the directors enough to work with. Each scare consisted of the same steps: a character would hear a noise coming from a low-lit area, they would slowly walk over to it, open a door or cupboard, the music cuts out and then suddenly a loud noise jolts you.

You would think adapting a Stephen King would give Buhler a good supply of material to scare people with and stop him from writing a series of mindless startles that everybody experiences on a daily level, but it turns out you’d be wrong.

Contrary to most horror films, “Pet Sematary” boasts some quality acting within its tight-knit cast.

Jason Clarke does a respectable job as the tormented father Louis. Even though his character is the most boring — which is attributable to the writing — Clarke is able to develop his character past the limitations posed onto him.

Amy Seimetz does great work as Rachel Creed. Her character has an interesting backstory that she uses to its fullest potential, especially in her closeup reaction shots.

John Lithgow plays  the neighbor, Judd, and turns in a good performance as a weathered old man who unintentionally starts and eventually gets caught up in the bloody mess.

Finally, considering the amount of work she has to do and the quality of the material given to her, child actor Jeté Laurence ends up being surprisingly outstanding as the young daughter, Ellie.

Just like the concept it explores, “Pet Sematary” is a film that lays dormant in its first half but is able to resurrect itself and deliver on the thrills and chills it promised. You could do worse at finding a horror film that chews up a few hours out of your day. But you could also do better.