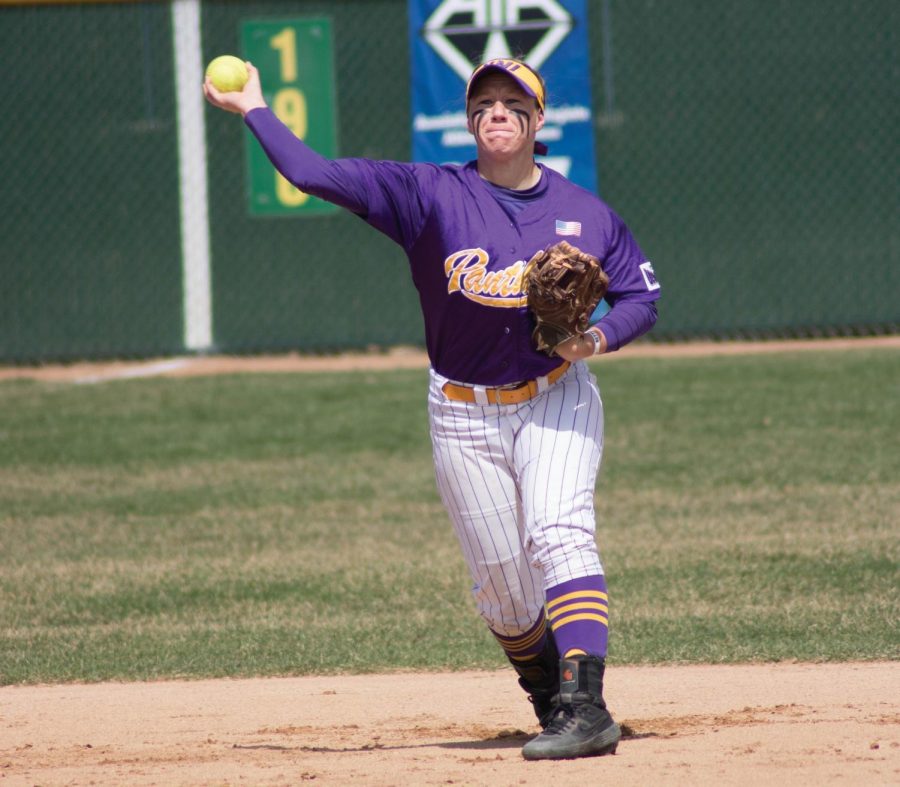 The Panthers were shut-out 2-0 over the course of seven innings on the road in Ames on Tuesday, April 16.

Jaclyn Spencer took the mound to start the contest for the Panthers. After three innings, Spencer struck out two batters while only allowing one base hit and no walks. Emma Olejniczak then came in to relieve Spencer of her duties. Olejniczak allowed three hits, one earned run and ultimately took the loss, having her season record fall to 6-8.

After two innings pitched by Olejniczak, freshman Erica Oler would come into close. After one and a third inning, Oler allowed a hit, walk and let one run. The Cyclones would walk away with the win.

Iowa State freshman pitcher, Shannon Mortimer allowed only two singles for Cyclones. Mortimer did not give up a single walk and improved her record to 6-4.

The only two batters to get on base for UNI were catcher Ashley Chesser and third baseman Adara Opiola, who both singled in the top of the second inning. This was the third time this season that the Panthers have been held scoreless.

The Panthers will be back in action Friday, April 19, in Cedar Falls. Bradley will make the trip for a three-game series Friday and Saturday.