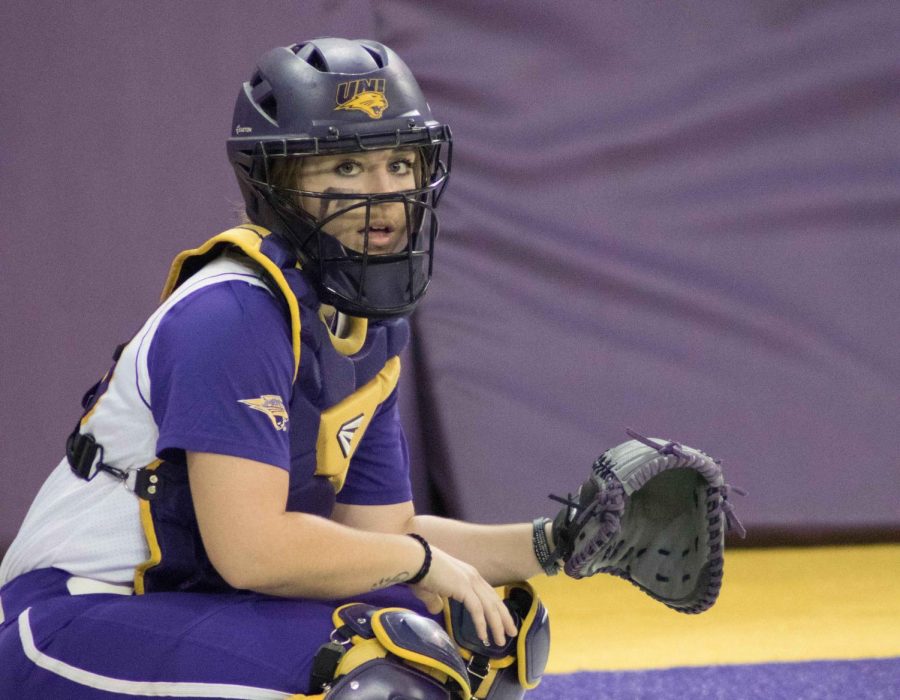 The UNI softball team took on Bradley University on April 19 and 20, for a three game series.

The Panthers initially fell to the Braves 9-1 in six innings, but bounced back for two straight wins by final scores of 11-2 in five innings and 4-1 in the full seven.

In the first outing with the Braves, scoring didn’t come easily as the bats were cold from start to finish. UNI was only able to string together seven hits in the contest, with no Panther able to garner multiple base knocks.

The lone run came in off a Sammey Bunch single in the first inning to bring in Brittney Krodinger. Emma Olejniczak started the first game for the purple and gold, having her season record fall to 6-9.

A key performer in the second matchup of the weekend was Jaclynn Spencer, as she was consistent with striking opponents out throughout the game. Spencer was able to strike out a total  10 batters within five innings and only allowed four base hits.

In the third and final contest, Spencer showed off her pitching talent once again as she only gave up one run throughout multiple innings. She came back to compete at a high level as she was able to strike out nine Braves hitters.