‘Avengers: Endgame’ is one for the ages 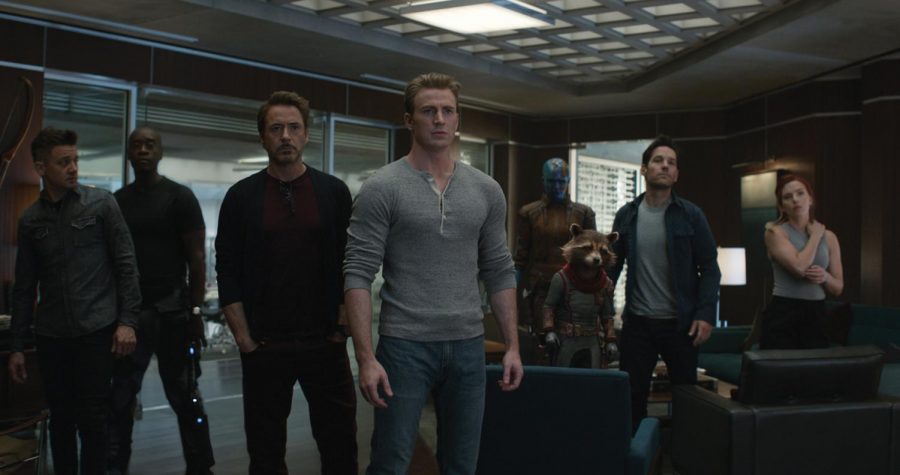 The culmination of 22 films in the Marvel Cinematic Universe "Avengers: Endgame" was released on April 22. Directed by Anthony and Joe Russo and boasting a long list of A-list actors, the film received a 96 percent rating on Rotten Tomatoes.

It’s taken 11 years and 22 films, but the “Avengers” saga of the Marvel Cinematic Universe has finally reached its long-awaited bittersweet conclusion.

Thanos has snapped his fingers and half of all life on Earth is gone. With the few remaining heroes left, the Avengers embark on a revenge quest against the villain who has stolen their friends and loved ones. But just like all plans, this one goes awry and the team must now band together for one final showdown in order save the universe and set things right once and for all.

*For the sake of avoiding spoilers, this review may a bit shallow at times and free of specific details. So please give me the benefit of the doubt as I try to be careful with my words.

After now four outings, brothers Anthony and Joe Russo have firmly planted their position as the MCU’s best directors.

Whether it be during somber conversations between characters or in “The Lord of the Rings” style final battle, the amount of detail and effort that goes into each frame is unparalleled by any other blockbuster.

Regular Marvel cinematographer Trent Opaloch’s compositional lighting and camera movement is simply outstanding and keeps the film running on all cylinders throughout its massive three-hour runtime.

Also keeping the energy high is the lightning pace the brothers infuse into the film’s second and third acts. They may miss the mark a bit during the first hour, but they more than makeup for it in the latter two-thirds as they deliver some of the most entertaining material put to screen.

Lastly, aiding the brothers is a sweeping score by the ever-underappreciated Alan Silvestri. His music is swiftly able to go from epic to intimate in the blink of an eye and is a key driver behind many of overwhelming emotions felt.

Co-written by Christopher Markus and Stephen McFeely, “Avengers: Endgame” may mark the first film in the franchise to look back in the past as opposed to solely setting up the future.

The specific medium it uses to reminisce may not be the most logical or neat, but the end product is a string of touching moments that pleasantly rewards fans that have stuck around all these years.

After some time away from each other during Phase Three, the main core of the Avengers is finally back together, albeit under less than ideal circumstances. This initial tighter cast allows the main troupe to get their time to shine in what could be a few send-off performances.

Things do start to get messy when the entire roster is put back together. Some characters get the shorter end of the stick in terms of screentime, but I don’t know how it could all be properly done unless this movie was another six hours longer (which I would still approve of).

Since day one, Marvel films have been built on their ability to blend comedy with high emotional stakes. The stakes have never been higher here, and the same can go for the number of quippy jokes. The quality of the humor is surprisingly high throughout, but the sheer amount of one-liners during what should be tense moments verges on borderline overkill.

The co-leads of Robert Downey Jr. and Chris Evans shine brighter than they ever have before. They’ve gotten better with each performance and leave it all on the screen as they share immense chemistry with each other and everyone around them.

Josh Brolin is still great as Thanos. While he doesn’t reach the high bar he set for himself in “Infinity War,” he still delivers another powerful performance that towers over all the other Marvel villains.

Both Karen Gillan and Paul Rudd surprisingly stand out as Nebula and Ant-Man, respectively. They each have a more grounded personal story that offers a stark contrast to the epic main narrative.

I realize I’m leaving a lot of great performances on the cutting room floor, but it would take a novel to talk about them all. Basically, everyone either did well or just all right. Nobody was outright bad.

Arguably one of the biggest pop culture moments of all time, “Avengers: Endgame” is a film that arrived with an infinite amount of expectations and meets each and every one of them.

Within its 181-minute runtime, you’ll laugh, you’ll more than likely cry (I did) and most importantly, be amazed at how a legendary never-ending franchise can reach such a satisfying conclusion that both respects the past and inspires confidence in the future.