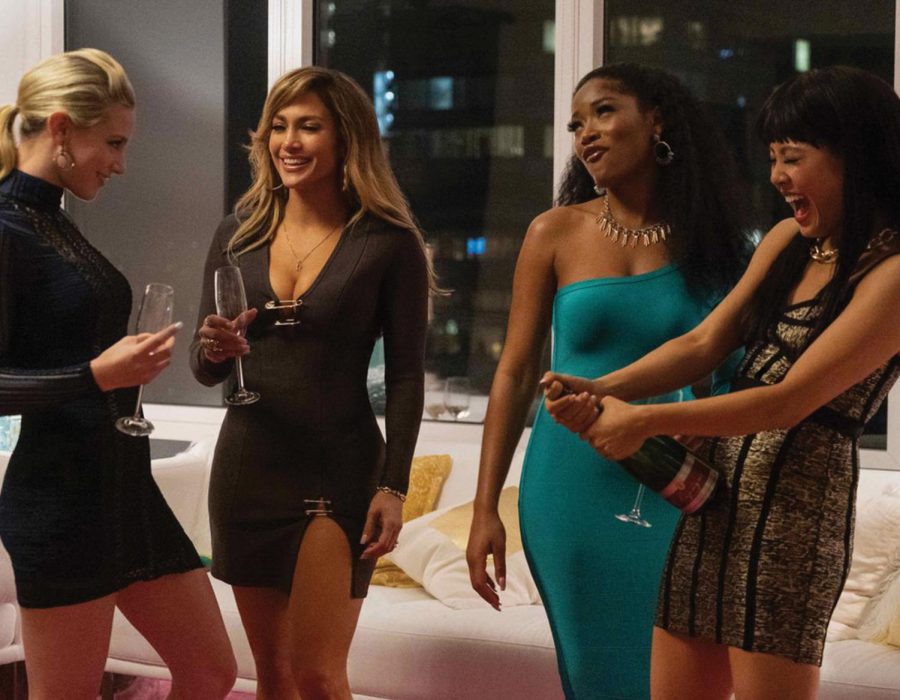 We all know how the Great Recession of 2008 affected the American economy. There are countless stories of large financial and automotive firms going under, taking thousands of employees with them. But there is one industry you may not have  considered where workers took the biggest direct hit: strip clubs.

Based on a true story, “Hustlers” tells the story of four female New York strippers as they scam and crawl their way out of the financial crisis that left their regular Wall Street clients with no money to flaunt.

Probably one of the most fun movies of the year, “Hustlers” flows with great kinetic energy that makes it endlessly entertaining. Director Lorene Scafaria takes a lot of influence from the works of Martin Scorsese and Adam McKay (also a producer on the film) as she effortlessly keeps the movie going at top speed. Watching this, you’re reminded of great films like “The Wolf of Wall Street” and “Goodfellas.”

Scafaria also shows off her great productional talent as she makes use of several slow-motion montages combined with a perfect soundtrack of mid-2000s R&B hits. Numerous moments of fluid camerawork that mix both quick cuts and long takes give the film a fresh and brisk pace.

There’s one moment where all these great facets come together in a surprise meta-cameo from a well-known singer/dancer. The perfect music choice, the choreography of the dancers, and the blocking of the movement make it the most exciting and memorable scene in the film.

In addition to directing, Scafaria also pens the script, imbuing the narrative with themes of family and sisterhood. We see the four women come together and follow the journey of bonding through redemption. Sometimes it does get close to “Fast & Furious” levels of overdoing it, but the strong performances from the leads make it believable to watch.

Scafaria also uses a flashback framework structure as the story cuts between the past and present with the quartet plunging deeper into the moral gray areas of their actions. There’s a constant feeling of having already seen this technique done before several times. However, it’s very interesting to see this kind of story told not from the demeaning point of view that plagues similar films, but an unmalicious female perspective.

Scafaria does slip up when it comes to the moral reasoning of the actions and character development as they are both put to the sideline in favor of more dancing scenes. In her defense, the dancing scenes are the best part of the film and a treat to watch. However, each begins to feel empty near the end as the lack of depth and ethical stakes become too obvious to ignore.

Holding the story together are two excellent performances from leading ladies  Constance Wu and Jennifer Lopez.

After her breakout in last year’s hit “Crazy Rich Asians,” Wu turns in another star-making performance as Destiny. With the good material Scafaria gives her, she sinks deep into her character and shows off her more dramatic chops.

Jennifer Lopez, surprisingly 50 years old, plays Ramona and is the best she’s been in a long time. She struts that movie star glow that keeps your eyes always glued to her, especially during her more physical scenes that give off a sense of both grace and power.

The rest of the supporting cast is stunt cast with the likes of Cardi B and Lizzo, who play themselves. They each don’t mean anything to the story apart from their name value on the poster.

“Hustlers” is one of the sleekest and entertaining movies to come out this year. While its politics may be a bit skimpy and misguided from time to time, the brilliant directing by Scafaria and powerhouse performances by Wu and Lopez make this a great time well worth your investment.