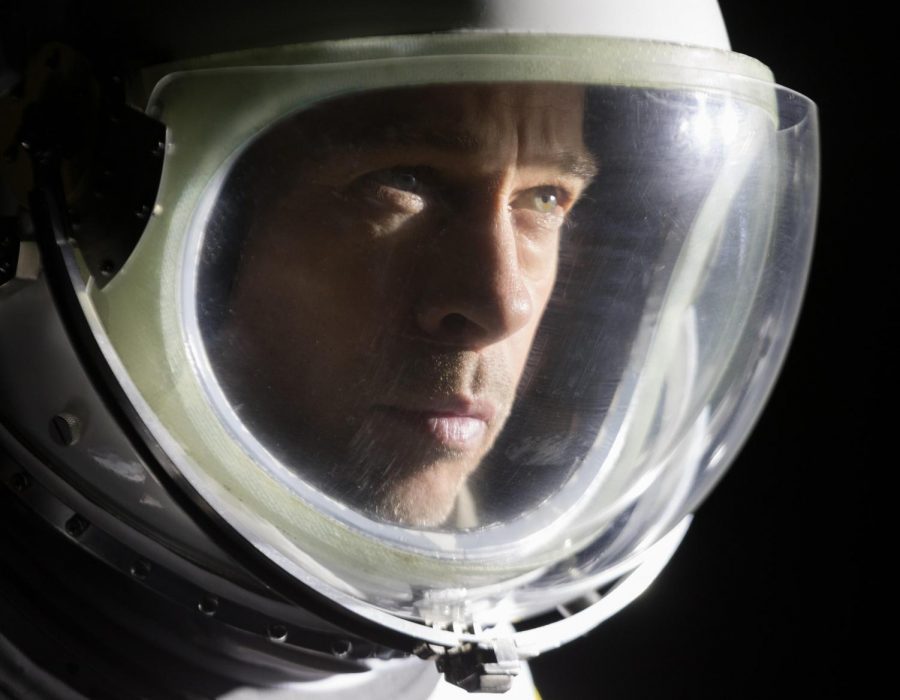 You may not have noticed, but the 2010s have been a renaissance for space movies. It all started with “Gravity” in 2013, followed by “Interstellar,” “The Martian” and “First Man.” The one thing each of these great movies has in common is their ability to tell a story of perseverance and triumph on a universal scale, with the bonus of mind-blowing visual effects.

Another addition to the list of greats -— but not entirely for the same reasons — is James Gray’s “Ad Astra.”

Set in the near future, a catastrophic power surge travels across the solar system and strikes the earth, killing thousands. SpaceCom (the new NASA) has tracked down the source and believes it to most likely be from Dr. Clifford McBride (Tommy Lee Jones), whose last known location was near Neptune 16 years ago. The doctor’s son, Major Roy McBride (Brad Pitt), happens to be the most respected engineer/astronaut in the world. Realizing the personal and planetary stakes this mission will have, Roy is recruited by the higher-ups to travel to the surge’s source and destroy it before our planet is wiped out.

James Gray has always been a highbrow filmmaker who has been able to take big stars and concepts and use them for projects that reach beyond the tropes of the genre.

Just like in his previous film “The Lost City of Z,” Gray here centers the story on a man on a journey, ending with the protagonist discovering more about himself than the destination he set out for.

But don’t worry, the destination here is well worth your time as Gray makes full effect of the two things most scarce in space: light and sound. Hoyte Van Hoytema illuminates every vast beauty through his awe-inspiring photography, with Max Richter’s soothingly intimate score perfectly complementing the most emotional moments.

Despite centrally being an emotional film, Gray does liven things up from time to time with a few action set pieces that are both extremely creative and tense. Each one encapsulates the perils of space and the feeling that humans are out of their element once they venture beyond their atmosphere.

The writing of “Ad Astra” is what makes this film unique. Having more in common with “Solaris” and “2001: A Space Odyssey” than the films mentioned in the beginning, Ethan Gross and Gray’s screenplay delivers an introspective and philosophical story that increasingly becomes more human as the setting becomesmore cosmic.

The story is centralized through McBride as we follow his point of view through the dangerous mission. Narration by Pitt is used to convey his character’s inner thoughts. Defying all norms of narrative storytelling, the narration works for the betterment of the film as it gives viewers an in-depth view of his perception of the unfolding events.

Gray’s scripts have always had another layer to them. There is a sense of something deeper underneath that’s slowly coming to the surface throughout the film. “Ad Astra” is another example of this trend as each line of dialogue or new information learned tends to serve dual purposes and lead to something bigger down the road.

There do end up being a few frayed storylines that don’t receive the attention they deserve, but the overall story compensates for that fault, ending up as more than the sum of its parts.

Already having a banner year with “Once Upon a Time in Hollywood,” Brad Pitt possibly delivers his greatest performance here. While “Hollywood” used Pitt’s movie star power to its full potential, here, the actor is at his most subtle and whole. He carries the emotional weight of the film and never holds back or gives too much, leaving with just the right amount of characterization.

Tommy Lee Jones is also great is his supporting role as the father, Clifford McBride. He’s more haunting than Pitt as we see the full effects that decades of claustrophobic space travel can have on the human mind and spirit.

Liv Tyler shows up as Roy’s significant other in a small supporting role that, judging by the trailers, was supposed to be a lot more central to the story before being edited down. Reserved more to flashbacks, Tyler gives the more emotionally heavy performance that contrasts with Pitt’s.

James Gray’s “Ad Astra” is part of the space renaissance of this last decade. But instead of following in the footsteps of those films it has joined, it charges down its own path and tells a deeply humanistic story on a cosmic level. Make no mistake: this is one of the best films of the year.