‘Between Two Ferns’ thrives in limelight 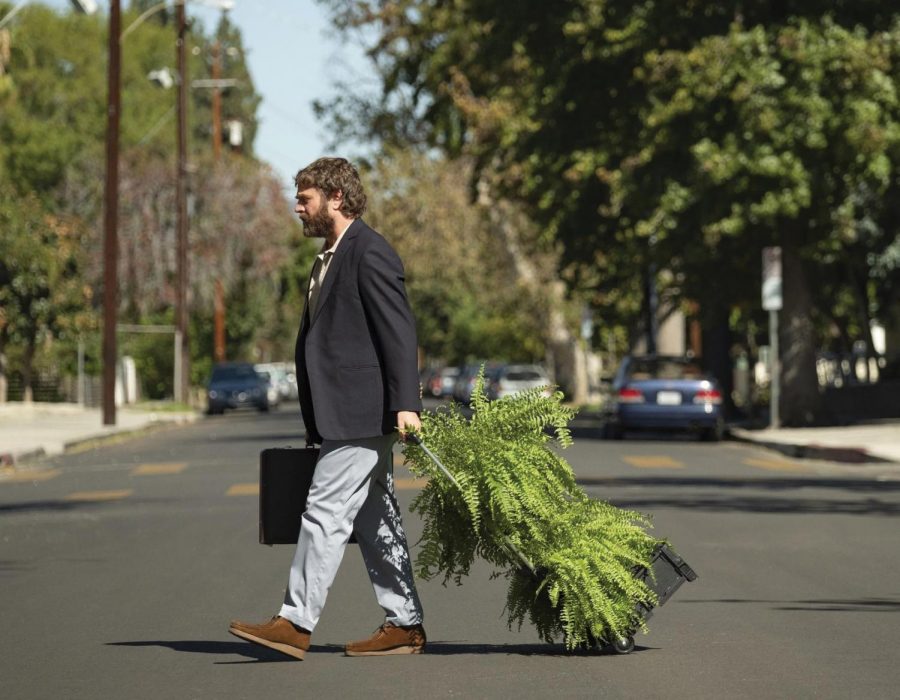 What started as a joke and over the years became an even bigger one, Zach Galifianakis’ long-running web series “Between Two Ferns” has been given the feature-length treatment via Netflix.

Just like the show, the premise of the film is simple: Zach Galifianakis has been doing his web show for Will Ferrell’s “Funny or Die” for over ten years now, making Ferrell millions in the process. Zach’s true dream is to have a late-night talk show with a live audience and guests that appreciate him.

In pursuit of this dream, Zach enters into an agreement with Ferrell. If he can get ten more episodes of “Between Two Ferns” delivered within two weeks, Zach will have his show. With no time to spare, Zach and his team set out on the road to interview all the celebrities they’ll need for their final episodes.

“Between Two Ferns: The Movie” is directed by Scott Aukerman, who co-created the original web series with Galifianakis and won two Emmy Awards for his directing.

Making his feature directorial debut here, Aukerman does a respectable job. He keeps the story flying with a rapid pace, resulting in an 82-minute runtime that doesn’t overstay its welcome.

Even though the length of the film isn’t a problem, the structure of it occasionally is. Just like the web series, the interviews between the two ferns are excellent and easily the best part of the movie. They’re so good that you wish there were more of them and that they weren’t so dispersed between the other narrative segments.

The whole thing feels like a “Saturday Night Live” movie from the early 2000s. The running gag that anchors the movie isn’t enough for a feature film, so a few subplots and throwaway scenes are cobbled together to get over the hump. Most of “Between Two Ferns: The Movie” falls into this trap, as most of the material is needless filler to pad the time. It’s not an unforgivable sin; it’s just one that could have been easily avoided.

Written by Aukerman and Galifianakis, “Between Two Ferns: The Movie” follows the typical road movie plot. It’s the one where the group heads out together to achieve their goal, some obstacles get in the way, the group splits up for a bit, they all get back together again after learning something about themselves and everything ends on a happy note.

Now, there are a few shakeups to this cliched narrative, but it isn’t enough to make you care about what happens. The whole time you’ll be wondering when the next celebrity interview bit will be.

Fortunately, the interview segments are worth waiting for. The writing is top-notch and gives off the perfect mixture of deadpan awkwardness and hilarity that make you laugh both at and with those involved. Even as the jokes get crueler and the interviewee looks more uncomfortable, the self-parodying energy in the room will make you laugh every time.

Despite being a role he’s been typecast in for about a decade and has somewhat become a retread at this point, you can’t deny that Zach Galifianakis is great as a lovable loser. The one thing different in this role compared to his rest is that he plays and pokes fun of himself instead of a character, making the jokes more real and edgy.

The support group that makes up the production crew for Zach’s show is comprised of Lauren Lapkus, Ryan Gaul and Jiavani Linayo. They are all pretty good at bringing an improvisational group vibe to their performances that play well off each other and Zach.

The movie may have the most star-studded cameo list of all time, as it strolls out celebrities such as Matthew McConaughey, Benedict Cumberbatch, Brie Larson, Paul Rudd, John Legend, Keanu Reeves, Jon Hamm, Chance the Rapper, Tessa Thomspon and several others. They all do a great job of reacting to the various insults hurled at them in their brief moments of screentime.

“Between Two Ferns: The Movie” is a small experiment that somewhat does and doesn’t justify its existence. As you would expect, the interviews are the best part and the rest kind of just goes by without much fanfare.

But, if you have to sit through 60 minutes of decent material to get 20 minutes of comedy gold, I’d suppose that’s a pretty good deal.