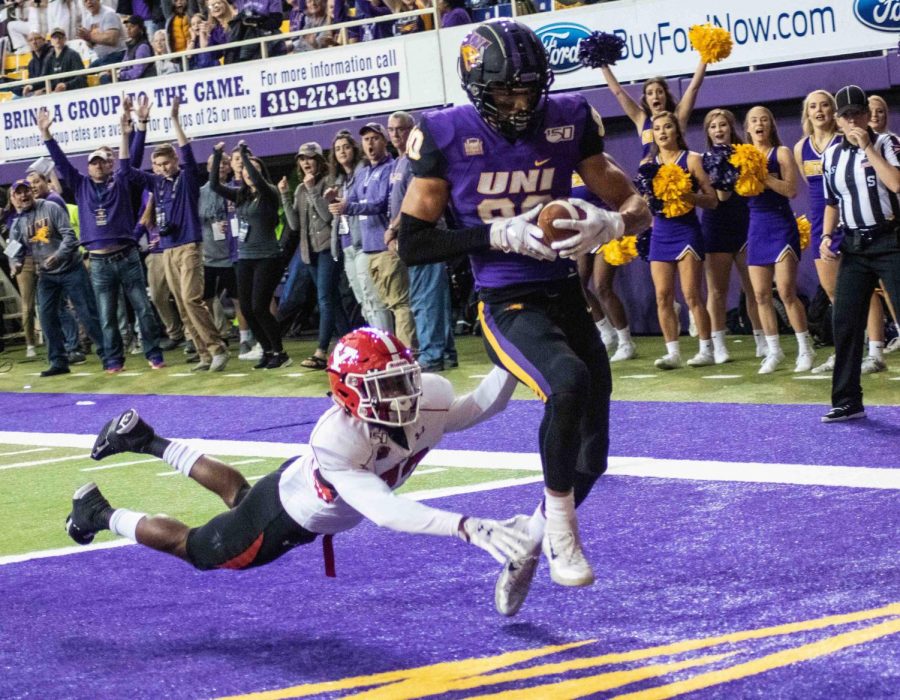 The Penguins of Youngstown State came into the UNI-Dome with a 4-0 record for Saturday’s matchup against the 13th-ranked Panthers, and wound up leaving with their first defeat of the season after a 21-14 loss at the hands of the Panther defense.

“Defensively, I was very pleased with their resilience,” head coach Mark Farley said.  “What I probably enjoy the most is how a defense can energize a building, and how a building can energize a defense. I thought the fans were awesome, and that’s why the home field is so important for us. When you get into those drives like the one we had finished with a fumble, I’d say that was just as much the fan’s fumble as it was ours.”

A strong defense and timely plays on offense proved to be too much for the Missouri Valley Conference opponent, as the Panthers sacked Youngstown quarterback Nathan Mays six times and held them to only 55 yards rushing for the game.

“We all thought on the sideline that the defensive line played an outstanding, hard-effort game,” Farley said. “There were multiple guys who hadn’t played, because going that hard for that long takes a lot of energy. That crew is very methodical and works very hard.”

The game started off slow with both teams going back and forth exchanging defensive stops. With about two minutes remaining in the first quarter, UNI’s walk-on quarterback Will McElvain threw a deep bomb to sophomore wideout Isaiah Weston for a 39-yard touchdown for the first score of the game. Following back-and-forth strong defensive showings from both sides, UNI would find the end zone again on a Trevor Allen 10-yard score, putting them up 14-0.

Youngstown State answered immediately on their next possession as Mays found wide receiver Jeremiah Braswell for a 75-yard strike to cut the Panther lead in half at 14-7. The Purple and Gold came back with a 15-yard TD run by running back Tyler Hoosman, who punched it into the end zone for his first career TD. This put the Panthers up 21-7 at half-time.

YSU started the second half hot, scoring a touchdown on their opening drive, but the remainder of the game was a defensive battle as neither team could add on to the board.