‘Joker’ clowns around with message 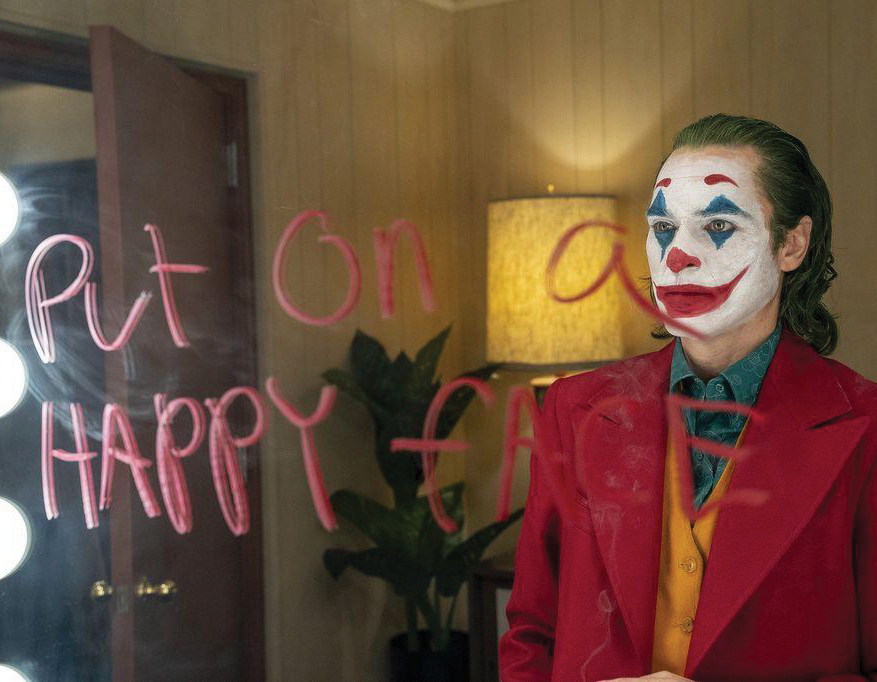 After the catastrophic failure of the DC Extended Universe (DCEU) that had yet to produce a quality film, Warner Bros switched its game plan in favor of establishing single characters rather than a whole cinematic universe. The first of this new character-driven model is “Joker,” Todd Phillips and Joaquin Phoenix’s portrayal of how one man can go so far down the rabbit hole.

The story follows Arthur Fleck (Joaquin Phoenix), a man placed on this earth “to spread joy and laughter.” The downtrodden citizens of Gotham have got it bad right now, but Arthur seems to have it the worst. He’s a social outcast with mental  health issues that cause uncontrollable fits of laughter, and he lives with his mother in a disgusting apartment. With the world getting crazier by the day, Arthur’s attempts to keep sane become more and more futile, leading him to the point of no return.

Directed by Todd Phillips, “Joker” supplants itself into its grungy setting of 1980s Gotham (very much modeled after New York City), complete with overflowing garbage and “super rats.” The swooping cinematography by Lawrence Sher highlights the grimy claustrophobia, and the unrelenting score by Hildur Guðnadóttir never allows for a moment of levity. You’re fully immersed within the cesspool that the city has become.

Besides brilliantly setting the scene, the technicals also lend their hand to the creation of suspenseful and terrifying sequences of shocking violence. These acts are incredibly tough to watch — even more so when you factor in Phoenix’s no-holds-barred performance.

Phillips very blatantly takes some influence (that’s the polite way of saying it) from Martin Scorsese’s great works of “Taxi Driver” and “The King of Comedy.” The structure of the story and a few key scenes look and feel ripped right out of those classics.

While Scorsese is the master to take after, the whole thing here feels like a self-indulgent exercise by Phillips to make himself out to be a real auteur and not just the guy who made “The Hangover” trilogy. There’s an aura of artiness that is coated on to imitate the feeling of thematic depth while offering little substance under the surface.

Despite being about the most famous comic book villain of all time, “Joker” doesn’t follow the usual narrative track. There are some winks and nods that keep it connected to the Batman universe, but the story is solely focused on our central character and his mad descent.

Phillips and co-writer Scott Silver stray away from the previous model that never allowed for comic book movies to address societal issues. They plunge headfirst into dissecting the issues of mental health and class warfare.

The pair deserve some praise for their efforts, but these attempts at making statements are handled with too little originality and nuance. Throughout the film, the only message that sticks out is that society and people are terrible, capable of bringing us down despite our best efforts.

It’s a grand statement, but one that’s so over-simplistic and devoid of depth that it ends up meaning nothing. It’s merely a statement of fact that everyone has figured out throughout their life and seen in better movies before.

Taking over the role following the character’s worst rendition by Jared Leto in “Suicide Squad,” Joaquin Phoenix is brilliant and downright terrifying as the clown prince of crime. From his maniacal laugh, contorted body movements and rubbery facial expressions, Phoenix commands each scene and elevates some of the film’s follies.

It reminds one of his equally brilliant performance as Freddy Quell in “The Master,” only this time, the crazy dial has been turned up to the max. You can never look away from him as he fills the entire frame. And you also never want to look away as he keeps you on the edge of your seat.

In the reverse role from what he played in “The King of Comedy,” Robert De Niro does solid work as the comic insulting late-night show host. It’s a role tailor-made for De Niro as he can poke fun and unintentionally spur Gotham’s societal struggles.

Loud and abrasive, “Joker” is a film that makes a lot of noise, but doesn’t say much of anything. But even with its mixed message falling flat, “Joker” still deserves praise for its boldness to go where others daren’t. Plus, it’s leagues better than anything the DCEU has and will ever offer, so there is some hope that DC characters will soon get their proper time in the spotlight.