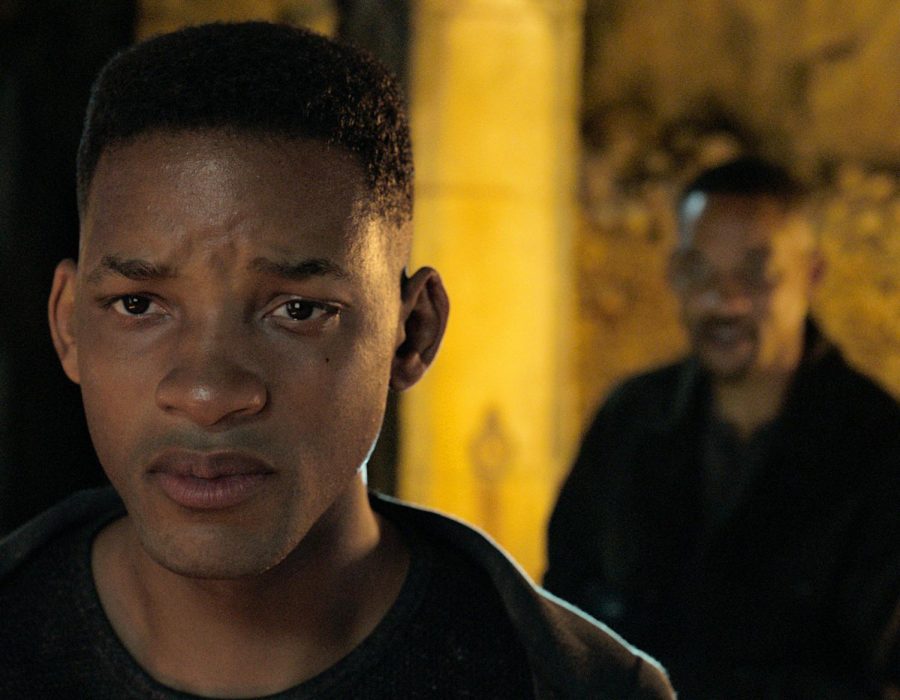 Will Smith plays the dual roles of Henry Brogan and his clone in Ang Lee's "Gemini Man." The film was released on Oct. 11 and received a 25 percent Rotten Tomatoes rating.

Henry Brogan (Will Smith) is the most elite assassin the U.S. government has ever had. He has 72 confirmed kills and is even able to hit a target on a moving train from over two kilometers away. Disillusioned and fatigued from years of killing, Henry decides to put it all away for a quiet retirement.

Unfortunately for him, the life he’s lived the past few decades doesn’t just go away. After figuring out some dark secrets about his last job, Henry is betrayed by his government and made an enemy of the state.

Knowing that Brogan is the best there ever was, the government decides to send their most valuable asset, Gemini: a direct clone of Brogan that “possesses all his strengths without his pain.”

Pitted against a seemingly perfect version of himself, Henry must go on the run and fight to clear his name.

Directed by two-time Academy Award winner Ang Lee, “Gemini Man” is both a marvel and a tragedy on a technical level.

Repeating the technique he used in his previous feature “Billy Lyn’s Long Halftime Walk,” Lee uses a frame rate of 120 frames per second, five times more than the traditional 24. This results in a give and take situation where the technology grants unparalleled picture quality at the expense of your eyeballs. The glorious images become physically hard to watch and induce headaches, especially when paired with 3D.

Another technical innovation that Lee incorporates is the use of de-aging on 51-year old Will Smith to allow him to play the 23-year old clone. Just like the frame rate, this technique has its ups and downs.

During the early, darker-lit scenes, the effects look great and don’t cause any distraction. Near the end of the film is when things start to slide downhill. Scenes taking place in the daylight show off the imperfections in facial movements. The final scene is the most guilty as the effects are laughably atrocious and make the clone look more like a character from “The Polar Express” than an actual living human.

Even with these technical innovations, Lee still isn’t able to make full use of them in the action set pieces.

The larger shootouts are handled pretty well, as they flow together with steady camerawork and tight blocking. The hand-to-hand combat sequences are when Lee loses focus, leaning heavily on the “Jason Bourne”-style of choppy editing and shaky cam. It becomes hard to tell what’s going and who’s winning a fight, especially since the two Will Smith characters look and dress exactly alike.

With three credited screenwriters and countless that have come and gone over the years, the script for “Gemini Man” is a mess that feels like it was ripped straight from the 1990s. That feeling is fitting since the screenplay was first written in 1997 and seems to have never been updated. It is heavily laden with cliches and hammy dialogue that are impossible to recover from despite the cast’s best efforts.

The plot for “Gemini Man” is pretty simple on paper, but on film, it’s a confusing mess. It’s a strain to keep all the facts straight and follow the reasoning for anything to happen.

There’s also a lack of humanity and character development. Will Smith does his best in his dual roles, but the writing gives him nothing to work with. By the end, most characters are just shells of a person.

As noted before, Will Smith turns in one of his better performances and does a great job in his dueling roles. As Henry, Smith is closed off and mature. When playing the clone, he’s more vulnerable. Even with the writing’s severe limitations on what he can do, Smith can sell you on the idea that these are two separate characters.

Mary Elizabeth Winstead stars as Dani, Henry’s sidekick who’s forced to join him on the run. Winstead does a nice job as a companion to Smith. Unfortunately, she also falls prey to the writing and gets saddled with a cliched backstory and overly expository dialogue.

Lastly, Clive Owen plays Verris, the leader of the Gemini project and the supposed villain of the film — I say “supposed” because the film never really figured out if he is a bad guy or not. Owen does fine, but mostly because its a role he’s been playing the last decade in subsequently worse films.

“Gemini Man” is neither a good nor a bad film. Mainly, it’s a tech demo that may lead to better films using these innovations in the future. “Gemini Man” also teaches a valuable filmmaking lesson: all the bells and whistles money can afford are no match for a good story, which is something this film sorely lacks.