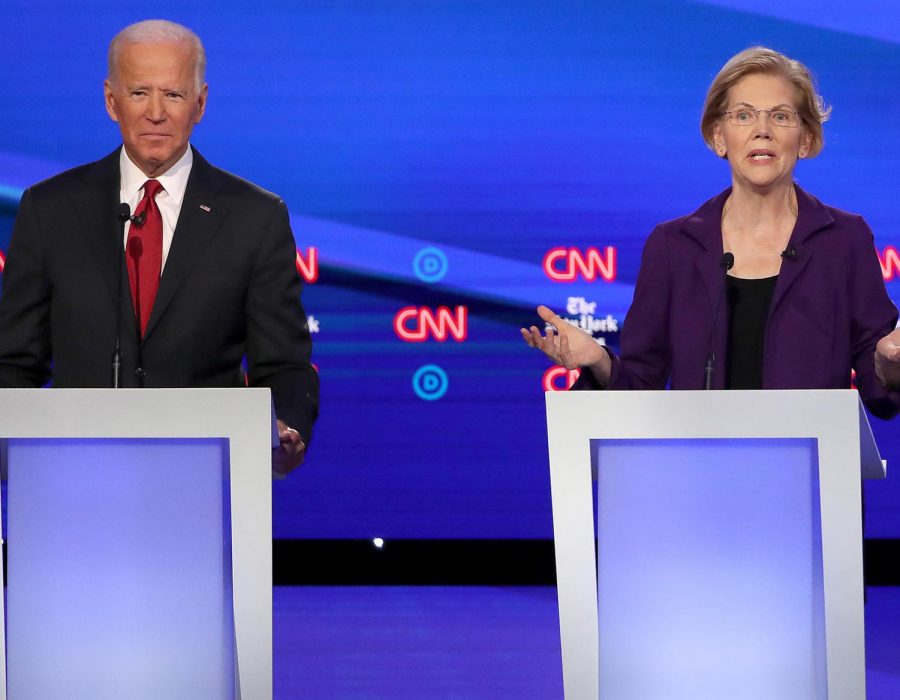 Opinion Columnist Kevin Wiggins discusses the ambiguity of modern language and how words can take on varying meanings. He poses the question "Does the reality of our politics truly reflect 'our values' and our freedom?"

Language is one of those aspects of the human experience which constantly haunts us. What the exactly correct way to conjugate a verb, or the correct form of there/their/they’re, and even finding “the right words” for how to communicate how we feel can be incredibly daunting. Navigating the waters of any relationship can be difficult enough, but the realities of interhuman communication are muddy, to say the least. It is in this avenue that the abuses of the “gaps” or holes in language can be exploited by friends, lovers and, of course, politicians.

The truly funny thing about living in the modern-liberal world order is its ambiguity of terms. In Ohio on Oct. 15, the Democratic debate was awash with terms like “our values,” and other hollow terminology. The interrogation of these terms isn’t actually taking place even though the illusion of communication is in fact taking place in front of us. What I mean here is that there is no actual exposition taking place other than attempts at keeping to the broadest ambiguity.

When Joe Biden says “this is the United States of America…” with emphasis towards “our values,” he isn’t sharing the entire content of what he is thinking or advocating, we the listener are to bring our own notions of what “our values” are.

Certainly, Elizabeth Warren’s invocation of the term cannot have the same meaning to the healthy portion of Americans who find her take on America to be vile, or in direct contradiction to their take of what “our values” even are?

Take another example which is used in the United States time and time again invoking our “freedom as Americans.” Now, I am in no way about to attempt to make a statement about the actualization of these “freedoms,” per se. However, it is curious that we invoke this trope over and over in the U.S. as if our “freedom” can be caricatured as Ronald Reagan riding a velociraptor with twin Uzis pointed at the Reds. For a libertarian, it could mean “freedom” from government (control), or for another American, the “freedom” to be as they are and love whom they choose. The word carries with it so many different senses that it can be perverted and used for manipulation, but maybe that’s just politics. Ever since Foucault, there has been a healthy discussion in academic circles of the multiplicity of ways in which the state organizes itself to control its “citizens.” The thesis of Foucault’s magnum opus “Discipline & Punish” strikes at the heart of this dilemma. In the work, he argues that the state got exhausted skewering people. I mean, executions are so damn bloody, Louis! So, the state discovered new ways of control, such as “reformatory institutions” like schools, prisons and even hospitals.

This shouldn’t call into question, or even make us doubt how we use language as we go about our daily lives, but it should give us pause. How is it that these two parties which claim to be diametrically opposed to each other invoke nearly the same language, and inflame passions so hotly? Perhaps this arises out of the nature of “citizens” in a liberal-democracy. Like Roland Barthes argued, we create a myth of ourselves, accepting a “story of us,” but that doesn’t satisfy our need for living authentically. The maintenance of this myth can be deadly; look to the American citizens droned down under the Obama administration in Yemen, the continuation of that senseless war under Trump and even now as we are active in over 150 countries worldwide. Does the reality of our politics truly reflect “our values” and our “freedom;” can politics ever?