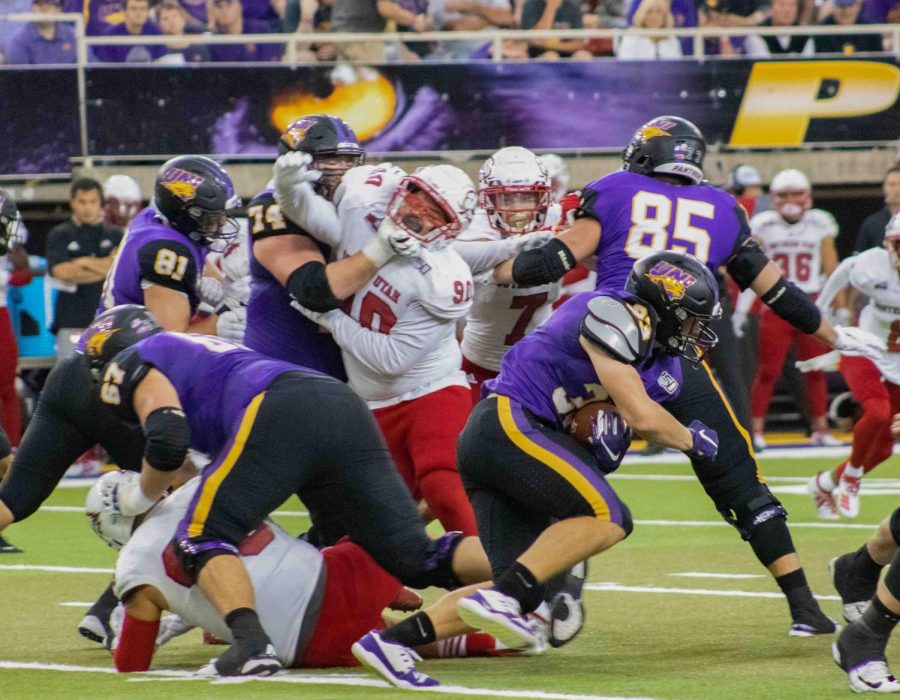 The 11th-ranked Panthers took down Missouri State 29-6 on Saturday afternoon, Oct. 26, for their first road win of the season to advance to 5-3 overall.

The Panthers got off to a 12-0 start after two field goals and a six-yard TD run by redshirt freshman QB Will McElvain for his first rushing TD as a Panther.  A 46-yard TD strike from McElvain to sophomore wideout Isaiah Weston closed the half out at 19-0.

A 70-yard TD pass from McElvain to Weston put the Panthers up 29-0 in the third quarter, followed by closing out a 29-6 victory.  The 70-yard heave is the longest throw of McElvain’s career and the longest reception of Weston’s career.

Weston put up his fifth 100-yard receiving performance, racking up 157 yards on five catches along with two touchdowns.  The St. Albert, Minn. native is the first Panther since five-year NFL veteran Eddie Berlin to score a touchdown in seven consecutive games.  Weston now has 10 touchdowns in eight games, as well as 107 receiving yards per game.

In the ground game, the Panthers held the Bears to just 16 rushing yards and saw a 61-yard rushing performance by Tyler Hoosman after a 111-yard career-high last week.

“What Tyler Hoosman did was when he got an opportunity he made the most of it,” Farley said.  “He just works every day. Why you like him is because of the way he comes to practice every day.  He’s consistent whether it was [against] Iowa State when he didn’t play or this game.”

On top of allowing only 16 rushing yards, the Panther defense racked up five sacks along with two fumble recoveries by Austin Evans.

Up next, the Panthers take their show on the road again to face off against the Illinois State Redbirds on Saturday, Nov. 2.