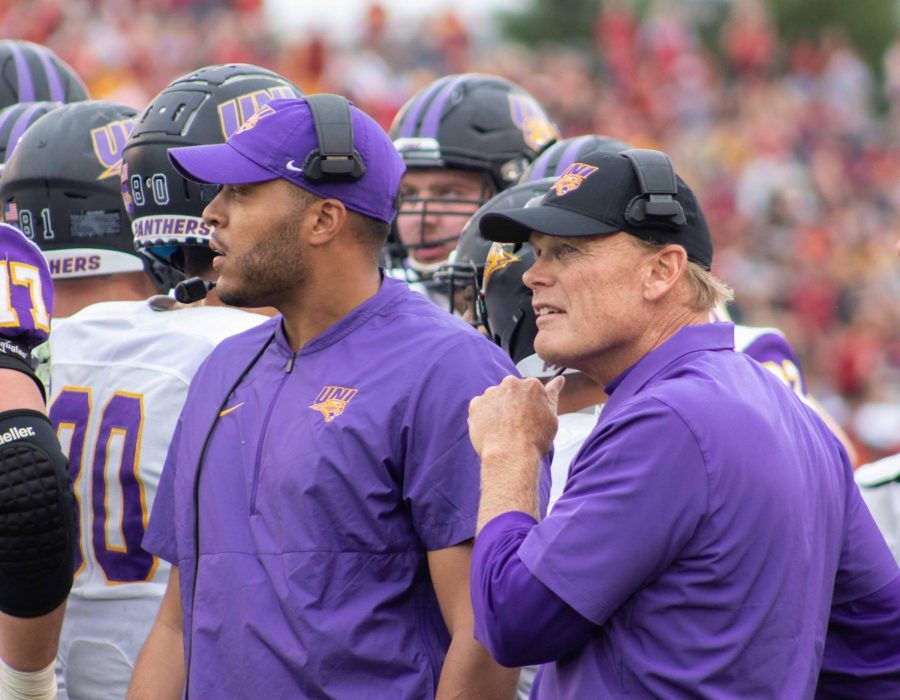 UNI football has had multiple battles with top 10 FCS programs this season, along with going wire-to-wire with Iowa State, who was ranked 21st in the nation at the time.

The Jackrabbits also present a tough road environment.  Over 19,000 fans attended the game vs. NDSU that received College Gameday coverage, along with the frigid weather conditions, although the field is not as bad as back in the day.

“Before they had that frozen tundra,” Farley said.  “Now they have a new field, so you always have a good surface.  It’s part of the game right now.  If you’re fortunate enough to survive November and get in December, all of the games are like this.”

Coach Farley also noted that UNI’s offensive line coach, Ryan Clanton, who is from California, will experience a first this Saturday.

“He goes, ‘What is it like to play in the snow? I never have before,’” Farley said.  “I’m going, ‘The same way it is anywhere else.  They do clear the field to play on.’  Everybody’s looking for this answer to solve the problem.  I think the way to solve the problem is to go out and be in it.”

Aside from the weather, UNI’s fifth-ranked defense is looking to step up again after forcing three turnovers and racking up three sacks against Indiana State last Saturday.

“When we’re playing at our best we create turnovers like that,” defensive end Elerson Smith said.  “That’s crazy that we had that many turnovers.  That’s a pretty cool stat.”

“Defense has to continue to play great and keep us in a place where we can always get a win,” Farley said.   “If we can do that, we might be able to offset some of the things that we’re doing on offense when we’re not at full strength.”

UNI’s starting running back Tyler Hoosman is out, along with the Panthers’ leading receiver Isaiah Weston, who is questionable, but the Panthers aren’t looking for excuses.

“We’ve got a good O-line, good running backs and good receivers,” McElvain said.  “There’s still a lot of meat left on the bone.  We’re still capable of doing a lot more and putting more points on the board.”

Coach Farley also isn’t looking for any excuses in a game with significant implications on playoff positioning.

“We just have to deal with all of the elements,” Farley emphasized.  “Whether it’s South Dakota State, the injuries that we’ve had or the weather that we’re going to play, we have to get lined up, put our best team on the field and go play well.”