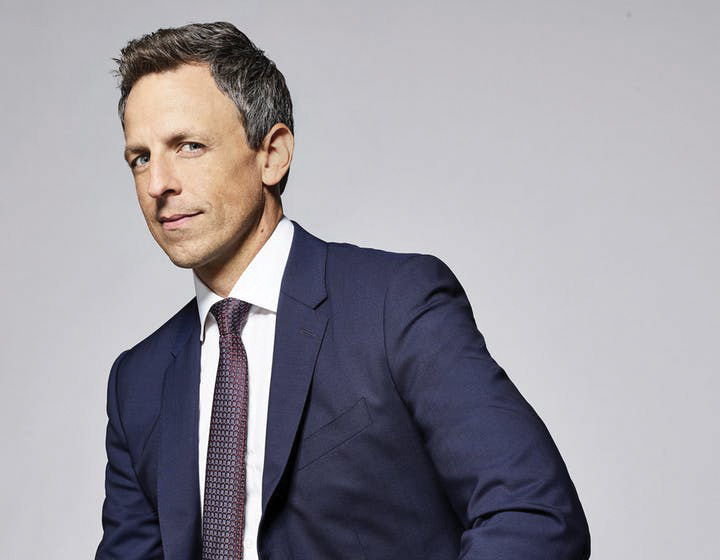 In his first Netflix special, Seth Meyers ditches his desk at Studio 8G in 30 Rock for the Pantages Theater in Minneapolis. Released on Nov. 5, the hour-long comedy special titled “Seth Meyers: Lobby Baby,” gives the comedian an extension to his monologues on his show, “Late Night With Seth Meyers.”

For many, I feel like the extent of exposure of Meyers and his comedy is through his “Saturday Night Live” years (2001-2014) and being the current host of “Late Night.” I personally loved Meyers at the Weekend Update desk and his recurring bits, like “Really? With Seth and Amy” and his interactions with various characters, most notably, Bill Hader’s Stefon. I have kept up with his recent endeavors, like “Late Night” and “Documentary Now!” and have even had the opportunity to see a taping of “Late Night.”

Meyer’s jokes carry throughout the whole special. He jokes about topics such as family, weddings, parenting and the birth stories of his two sons. In one joke, he tells the story of how his wife got food poisoning on the day of their wedding and he “mansplains” to her that she’s not actually sick.

Being on a streaming service allows Meyers to joke about things that he normally would not be able to discuss on network television. Due to a lack of FCC regulations, comedy specials on Netflix has been on the rise. Specials from comedians like John Mulaney have proven to be popular on the streaming service, so it made sense to give Meyers a special. Throughout Meyers’ set, I drew a lot of parallels between him and Mulaney, since their time at SNL overlapped and they have worked on various projects together.

As a fan of Meyers’ work, his comedy special incorporates his familiar cadence and ways to tell a story and punchline, while also giving the comedian a different platform. I can only imagine how different performing for an hour in a large theater would be compared to performing 5 nights a week in a studio that holds no more than 200 people.

This is where Meyers’ special slipped up. The production of this special seemed rushed and lacking. The camera angles were a little distracting and, at times, it seemed odd that the only person on stage was in one-third of the screen, while the rest was negative space. I can only imagine there were two reasons as to why this happened: a low production budget, lack of accessibility in the theater for cameras to have full mobility or a combination of the two.

I wouldn’t blame Meyers for the faults, especially since they don’t particularly take away from the jokes. It just seems like an interesting choice for this special, especially compared to the specials of other comedians of the like.

One aspect of Meyers’ special that I thought was interesting and unique was the option for viewers to skip through his political material. Meyers is known for his political commentary, but acknowledged that not everyone wants to hear about politics all the time. Through the power of Netflix, he gives viewers the ability to fast-forward through the political jokes at the click of a button (although he cleverly makes a comment at the resume point that might compel viewers to revisit that portion of the special). He discusses being a comedian in the Trump era and equates it to being a grave-digger during the Middle Ages.

Meyers’ special is not one to miss, especially if you are a fan of his time on “Saturday Night Live” and “Late Night.” It makes sense why Meyers got a special Netflix and I hope the streaming service makes room for more content from him.