McKellen vs Mirren in ‘Good Liar’ 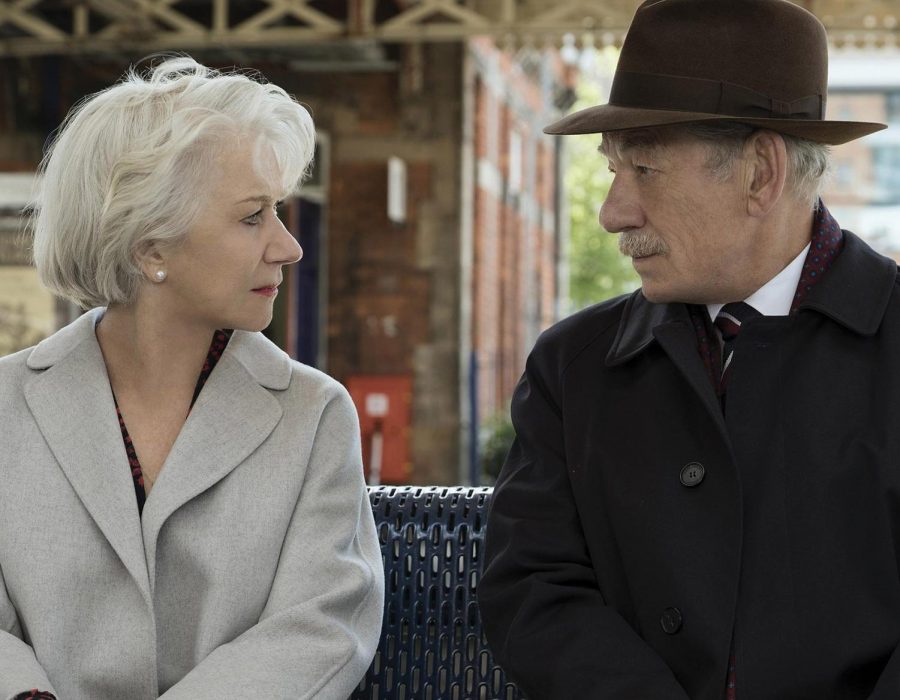 London octogenarian Roy Courtnay (Ian McKellen) is a career con man, swindling from those less fortunate enough to fall into one of his schemes. One day, as part of an online dating scam he occasionally pulls, he meets Betty McLeish (Helen Mirren), a recent widower who turns out to be worth nearly three million pounds.

Roy’s plan is simple. He’ll get in close to Betty and gain her trust. Eventually, he’ll set the trap and she’ll fall right in. He’ll take her money and disappear forever to repeat the cycle all over again with someone else.

Unfortunately for him, this job isn’t as simple as initially thought. Dark secrets start to reveal themselves, leading to a game of cat and mouse where the role of the cat and the mouse intermittently change between the pair. No longer is Roy playing for money; he’s now playing for his life.

Director Bill Condon weaves this thriller with confidence from beginning to end. That confidence does not make him faultless, but it does give the film an extra bit of gravitas that puts it above the usual crowd.

The beginning contains a much lighter tone as it introduces our two main characters. But like all good thrillers, the niceties by the two are just a facade to deflect from the tension swelling underneath. Over time, the dark material begins to bubble to the surface, eventually bursting out in climatic fashion.

All good classic mystery films have a score that compliments the director’s work. Luckily for Condon, composer Carter Burwell delivers a dignified set of strings. In the moments where Condon over- or under-sells the material, Burwell’s score is right there to pick up the slack. And in those moments where Condon gets it just right, the music is also right there with him to elevate what’s on-screen.

An adaptation of Nicholas Searle’s novel of the same name, the screenplay for “The Good Liar” by Jeffrey Hatcher can be appropriately labeled as B-level Hitchcockian. With a title like “The Good Liar,” you can expect a few twists and turns along the way — albeit here, they are a little too overt and easy to see.

But even though you know a twist is coming, the real mystery is finding out what it is. Admittedly, some of the twists are impossible to predict due to a lack of set up or are oftentimes so ludicrous that they defy any realistic expectations.

Fortunately, Hatcher embraces that feeling of throwing care into the wind. He revels in the somewhat trashy storytelling and only tries to make the material more entertaining than believable. It’s not perfect, but it makes for a much more enjoyable watch once you come to terms with the outlandishness of what’s going on.

By far the biggest attraction for the film is its two main stars, each having a ball in their juicy roles.

For 80 years old, Sir Ian McKellen possesses the physicality of someone a little over half his age. His movements, especially within his face, do more to speak for his character than the dialogue. Just by watching, you learn more about his character and become increasingly attracted to him.

Equally as great as McKellen is Dame Helen Mirren. She’s made it a thing recently to be in more showy roles that demonstrate her skill. So far that strategy has been a good thing because her immense talent has sold many roles that would have been wasted by lesser actresses.

Here you can see the delight in Mirren’s delivery as she chews the scene. Her sparring sessions with McKellen are by far the best moments of the film.

You know those novels you find in the airport that are a bit dumb and only bought for some time-wasting entertainment? Well, “The Good Liar” is exactly that, but for movies. It may be a bit preposterously muddled to pull off its ambitions and isn’t as good as some other films of the same genre, but what it does have are suspenseful thrills led by two legendary actors giving great performances. So even if this airport novel is the ultimately inferior option, it does its job just well enough to leave you satisfied.