Panthers advance to second round 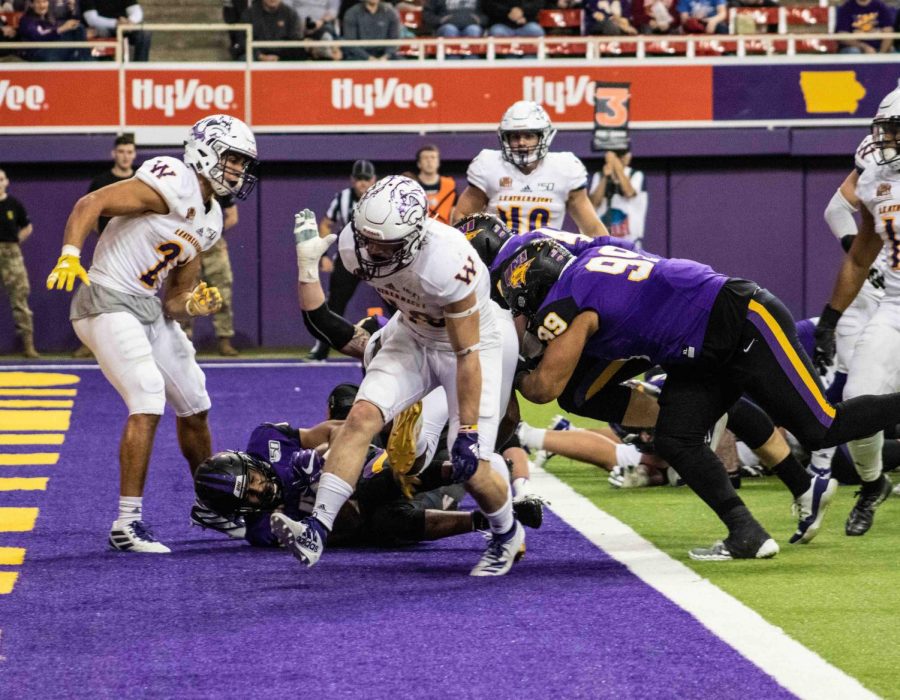 A slow-paced, defensive battle was the story for the first round FCS playoffs matchup in the UNI-Dome, which pitted the 8-4 Panthers against the 9-2 Toreros from the University of San Diego. Playing in the warmth of the Dome, UNI held the high-powered Toreros offense to only three points and just 26 rushing yards.

The game started with a bang on the opening drive when UNI defensive lineman Brawntae Wells intercepted a screen pass and returned it 34 yards to the house to quickly put the Panthers up 7-0. However, the score remained stagnant until the end of the first half, when San Diego converted a 33-yard field goal to put the score at 7-3 heading into halftime.

UNI had an opportunity to score again in the third quarter, but quarterback Will McElvain fumbled the ball in the red zone, resulting in a San Diego recovery.  Nonetheless, the Panther defense locked up San Diego for the rest of the game. With about three minutes remaining, the UNI safety Christian Jegen came up big, intercepting a pass near the San Diego 49. The Panthers later converted the turnover into points with a Trevor Allen touchdown run from seven yards out, sealing the 17-3 victory.

The win gives the Panthers a shot at redemption against South Dakota State in a second round matchup held in Brookings, S.D., on Saturday, Dec. 7 at 1 p.m.  The Jackrabbits defeated the Panthers 38-7 on Nov. 16, but they come into this game having lost three of their final five games in the regular season. The Panthers, however, come in with six wins out of their last seven games, with their only loss coming on the road against the Jackrabbits.

The Panther defense has been strong throughout the entire season, while South Dakota State features an offense that has scored more than 35 points seven times this season. The winner of Saturday’s matchup will take on the winner of the Monmouth-James Madison game.