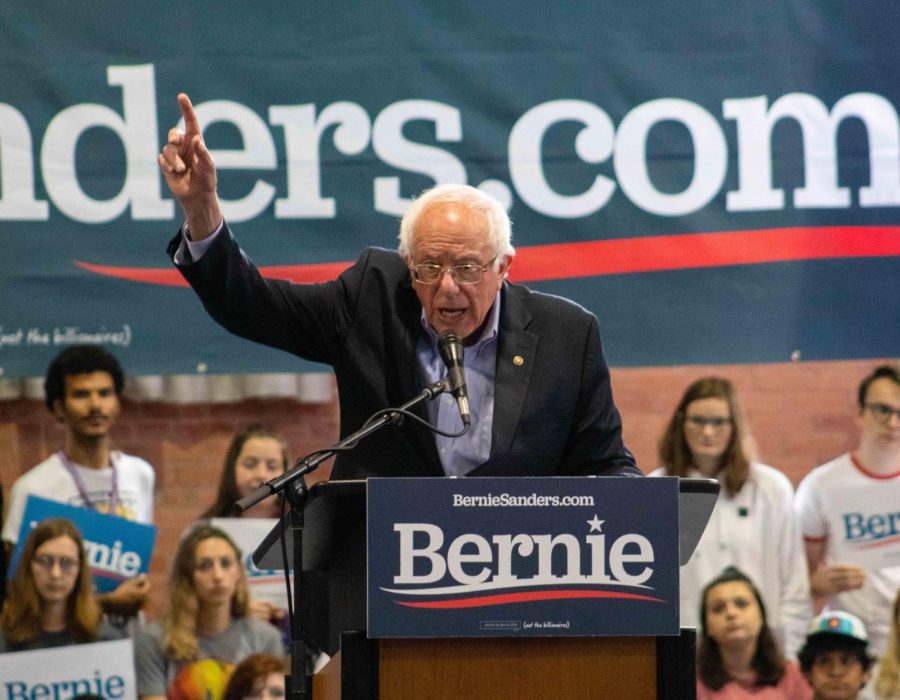 Opinion Columnist Mohammed Rawwas discusses the current military coup in Latin America. He argues that Bernie Sanders is the best candidate because he has received endorsements from a handful of Latin American leaders.

Evo Morales was the first indigenous president to be elected in Bolivia and his social democratic policies greatly reduced poverty and illiteracy rates in the country. He also worked to combat racism and sexism in the country, especially in relation to the indigenous population, and was quite popular among the Bolivian people. On Nov. 12, 2019, he was deposed in a right-wing military coup that saw the fascist Jeanine Áñez rise to power as the “interim president.” Áñez has previously stated that Indians do not belong in the city and should all be moved to rural Bolivia, and has decried indigenous peoples for their “satanic rituals.” Yet, this is a pattern that we have seen time and time again throughout the modern history of Latin America.

The military coup was triggered by a report from the Organization of American States, which questioned the integrity of the recent election. It is important to keep in mind that the Organization of American States is nothing more than the imperialist arm of the United States in suppressing leftism in Latin America, as was its explicitly-stated purpose during the Cold War. Furthermore, no evidence is provided in the report to substantiate the claims that are made, and even these claims do not implicate the validity of the election.

Essentially, the report noted that the preliminary count was closed before all the votes had been tallied, which is irrelevant because the preliminary count is separate from the official count and only exists so that the media has something to report on. It is standard practice for the preliminary count to close before all the votes are tallied, as had happened in previous elections. Furthermore, the report noted that Morales’ support increased later during the count, which can be explained by the fact that Morales’ support comes from rural areas that take longer to count. The fact that the results shift as more votes are counted is something that occurs in all elections, as can be seen during any election in the United States.

Furthermore, all of this is irrelevant because, even if the Organization of American States’ claims are true and that Morales’ victory was of a margin less than 10 percent, that would simply mean that Morales would win the run-off election. Furthermore, the election results are in line with polling before the election. Morales was clearly the favorable option, and in any democracy that should be honored. It is ironic that those claiming to uphold democracy are the ones undermining it by engaging in a military coup against a popular presidential figure that by any count would have won the election.

Which brings us back to the situation on the ground: not only did the military depose of Morales in a coup, causing him to flee to Mexico, but every other leftist in the line of succession, including the Vice President, was threatened with violence either by the military or by violent right-wing mobs in a clear violation of the Constitutional norms of the country. Politicians in Morales’ party were harassed, threatened and violently assaulted, including setting their homes on fire. Violent right-wing mobs took to the streets to commit acts of violence against indigenous people, echoing the lynching of Afro-Venezuelans in Venezuela by right-wing mobs aligned with Guaido and his attempted coup there.

Of course, only a few candidates in the U.S. Presidential election have been clear on this matter. Bernie Sanders and Tulsi Gabbard were the only candidates who issued clear statements condemning the military coup. Meanwhile, Elizabeth Warren stated that “the Bolivian people deserve free and fair elections,” apparently implying that they did not just have a free and fair election and thereby echoing the imperialist propaganda of the Organization of American States.

It is clear that among the candidates, only one will have a favorable orientation towards Latin America. In fact, Bernie Sanders has received endorsements from former President of Ecuador Rafael Correa, former President of Brazil Lula da Silva and Evo Morales himself. Representative Ilhan Omar endorsed Sanders and stated that he will end American imperialism, which is not rhetoric you tend to hear in the mainstream.

The United States has left a bloody legacy in Latin America that continues to this day. While Warren openly supports Trump’s sanctions against Venezuela and recognizing Guaido in what amounts to supporting a coup, only one presidential candidate has been clear on their stance and vision of Latin America, a vision of solidarity and international cooperation rather than imperial predation.