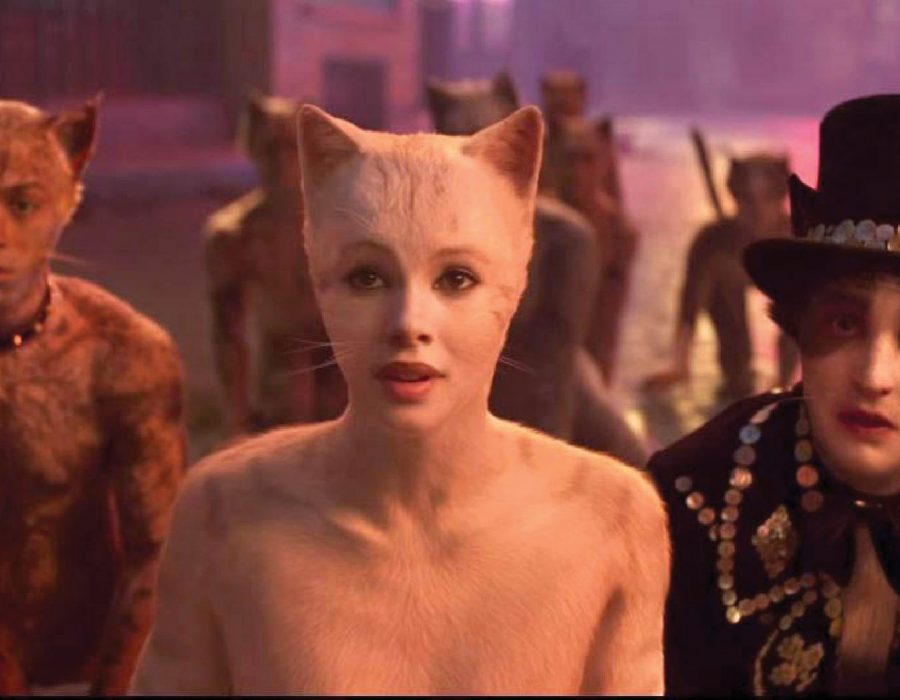 With the weather outside being so frightful and the movie theatre being so delightful, this past break was a perfect time to check out the new batch of holiday films. Of course, there was a certain space opera that was released, but there were also a few others that may have flown a bit under-the-radar.

Provided below is a quick review roundup for each film I saw that was released over the holiday break.

Strange to the highest degree, “Cats” is a two-hour-long drug trip that never ceases to let up. Roughly 97 percent of all dialogue is sung and half of that singing is incomprehensible garble due to the atrocious sound mixing for the group numbers. Still, there are a few standout songs such as “Skimbleshanks: The Railway Cat” and “Mr. Mistoffelees.”

There’s magic in the weirdness as the film embraces its gleeful tone and keeps the story — or lack thereof — entertaining throughout. Even if you have no idea what is going on, you just can’t keep your eyes away from those furry monstrosities.

Proof that “The Last Jedi” is the awkward middle child that Disney wants you to forget, “The Rise of Skywalker” is a fumbled attempt to wrap up what now can be classified as a disappointing trilogy. Moving from one MacGuffin to another, the haphazard plot suffocates any life from emerging out of the new and previous material. Every line of dialogue and plot point is used either to incite cheap nostalgia or to pave over the complaints from the last film.

Admittedly, the core cast are all great in their roles, especially Adam Driver as the conflicted Kylo Ren. Unfortunately for them, their hard work is all for naught as they appear in a manufactured film more concerned about checking off a list than actually telling a good story.

From the fourth-wall breaking, documentary-style camerawork and spry tone, “Bombshell” is a complete spiritual sequel to 2015’s “The Big Short.” It’s no surprise, considering that both films share the same writer and cinematographer. Charles Randolph’s script here isn’t as nuanced or funny as it thinks it is, but it does do a good job of highlighting the toxic culture within Fox News that is even nastier once you started to pull back the curtain.

“Bombshell” is an actor’s showcase as it sports one of the most stacked ensembles of the year. Charlize Theron leads the pack in a near-perfect transformative performance as Megyn Kelly. Right behind her is Nicole Kidman and Margot Robbie, who unfortunately gets sidelined for large chunks of time.

Told in one long camera take (or at least made to look like one), “1917” is the best film of the year on a purely technical level. Roger Deakins’s masterful cinematography and Thomas Newman’s score guide this movie from simple beginnings to its grand finale. You’re fully immersed within the lives of our two characters, discovering the war-torn world in real-time as they race against the clock to save their allies from certain death.

Those technicals, as well as the lead performances from George Mackay and Dean-Charles Chapman, pave over some of the film’s minor problems, such as a lack of character development and not an entirely engaging story. Seek this out on the biggest screen possible and prepare to be amazed.

For a minute, I was beginning to think this was a bit of a down year for movies. But on Christmas Day, Greta Gerwig delivered the greatest gift of all with her new adaptation of the classic Louisa May Alcott novel.

Serving as both writer and director, Gerwig adds a modern spin on the 150-year-old material. This can be seen in her screenplay and elliptical editing style that uses flashbacks to connect past and present timelines with the overarching narrative. Each cut is placed and timed with pinpoint accuracy, allowing for every scene to become more than the sum of its parts. The performances from the main four, most notably Saoirse Ronan as Jo, are all some of the year’s best.

I could go on praising every detail of this film, but I don’t have enough margin space for that. To put it bluntly: Everything about this film is perfect in its special way. This is the best film of the year and one of the best I’ve ever seen. Go see it now!

Films not given a full review: