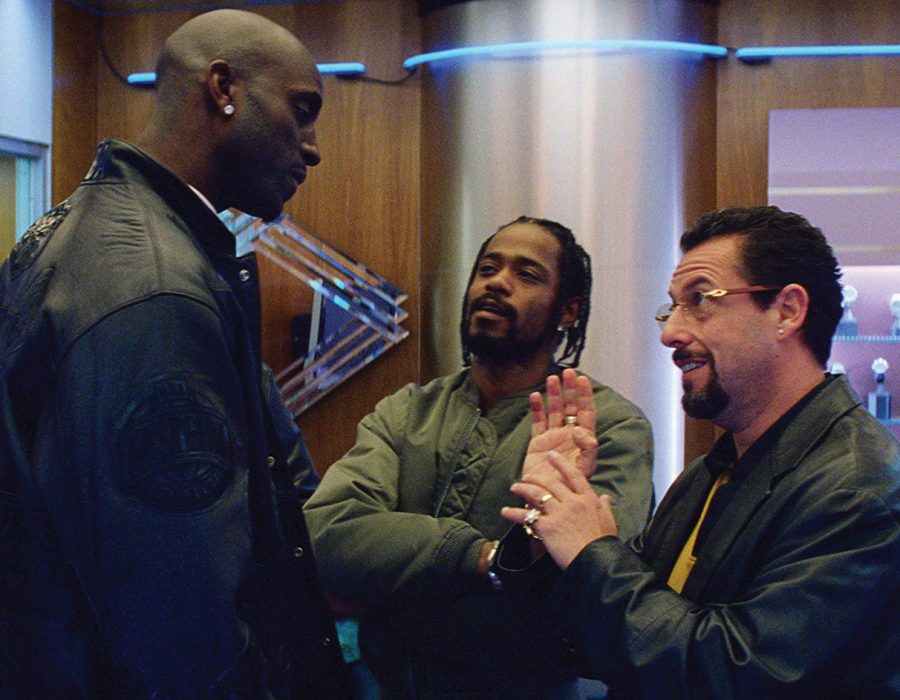 Well, the year has passed and we can finally let out a sigh of relief. The only thing left to do now is to look ahead to fresh beginnings in the new year and decade. But before we do that, let’s take some time to appreciate all the good that happened to us this last year, specifically within the movie theater. From the biggest of blockbusters to the smallest of indies, several cinematic offerings were made that deserve attention and praise. So in an effort to give credit where credit is due, here is a list of my favorite films of 2019.

“A Beautiful Day in the Neighborhood”

“The LEGO Movie 2: The Second Part”

In a move of pure boldness, director Sam Mendes decided to stage his World War I film, “1917,” as one continuous shot. Roger Deakins’ masterful cinematography never once falters as it fully immerses us into the action on a level not seen in war films before. Adding Thomas Newman’s score and two excellent lead performances on top of that gives this blockbuster an unrivaled sense of grandiosity.

Adam Sandler returns to form with his role as Howard Ratner in “Uncut Gems.” But it’s not just The Sandman himself who takes the spotlight in this anxiety-inducing tale of one man trying to gamble himself a fortune within the New York diamond district. Supporting players Julia Fox, LaKeith Stanfield and even basketball legend Kevin Garnett show off their talent as directors Josh and Benny Safdie take that screen presence and combine it with an intensely paced story to deliver one hell of a ride.

Written and directed by Noah Baumbach, this Netflix divorce drama made for the biggest emotional punch of any film in 2019. Adam Driver and Scarlett Johansson commandingly take the leads and deliver a film that has never been so pleasantly depressing and genuinely funny at the same time. You’ll laugh, you’ll cry or you’ll do both at the same time. And by the time the credits start rolling, you’ll have been on a journey with not just these characters, but also with yourself.

South Korean director Bong Joon-ho returns home for his newest feature. Winner of the prestigious Palme d’Or at the Cannes Film Festival, the film follows the escapades of the poverty-stricken Kim family as they infiltrate the household and lives of the wealthy Parks. Genre-defying to the highest degree, “Parasite” is never what you think it is as it twists back and forth between comedy, horror and drama within the blink of an eye. Fortunately, the one thing that stays constant throughout is the immense talent by all involved to make this wholly original and unforgettable film.

The 2010s have been a renaissance for space movies as several top directors and stars have lent their craft to tell stories beyond our planet. Joining that list is James Gray and Brad Pitt as they take the road less traveled with the unique “Ad Astra.” Almost a one-man show by Pitt, the film tells his character’s deeply humanistic story within the cosmic scale of its setting. It’s deeply moving and altogether something different than what has come before, which is why it deserves a place on this list.

The most unsettling and stressful movie released this year, Gaspar Noé’s “Climax” is a hypnotic nightmare. Set in a remote French school, the film follows a group of dancers as they celebrate after a successful show. Unfortunately, someone spiked the punch with LSD and everyone is in for an agonizing trip. As expected, the dance numbers are fantastic and the inventive long-take cinematography never lets you go no matter how many times you want to look away. Be sure to take some ibuprofen before embarking on this strange ride.

Perfectly led by an all-star cast of Leonardo DiCaprio, Brad Pitt (what a year he’s having!) and Margot Robbie, Quentin Tarantino’s ninth feature turned out to be his most comedic and mature work. The esteemed writer-director’s tale of a fictional TV cowboy in the waning days of Hollywood’s golden age acts as both a time capsule for a bygone era and as an allegory for the state of filmmaking in modern times. But don’t let the laughs fool you into thinking Tarantino won’t indulge in his trademarked ultraviolence as he delivers what may be his most challenging and squirm-inducing finale.

At 209 minutes, Martin Scorsese’s “The Irishman” is a true-crime epic. Telling the story of mob hitman Frank “The Irishman” Sheeran, the long-gestating project is packed with an all-star cast of Robert De Niro as the titular character as well as Joe Pesci and Al Pacino in career-defining roles. Instead of rehashing his usual gangster formula, Scorsese flips the script and fully exposes the audience to the doom and gloom that a life of crime brings to someone. Released on Netflix, there’s no excuse not to see this historic work.

Available on Netflix (are you starting to see a pattern?), “The King” is a period piece for the modern age. Director David Michôd elegantly crafts a sweeping drama centered on the early reign of King Henry V — brilliantly played by a brooding Timothée Chalamet — as he navigates through murky political waters. Technically immaculate through its cinematography and score, the drama also boasts a well-rounded supporting cast of characters looking to raise their rank through either loyalty or betrayal. All these factors and more (including Robert Pattinson’s bonkers accent) make for an incredibly engaging watch. All hail King Henry, indeed.

With a modern twist on a timeless classic, Greta Gerwig’s “Little Women” is an absolute delight. From it’s non-linear narrative to its glowingly warm cinematography, everything on the screen does wonders as it forces tears that are then brushed away with a smile. That also includes performances from the ensemble that bring the March sisters to life in a way not seen before. Arriving on Christmas Day as a gift to all, there was no better way to cap off the year (and decade) with this absolute masterpiece.