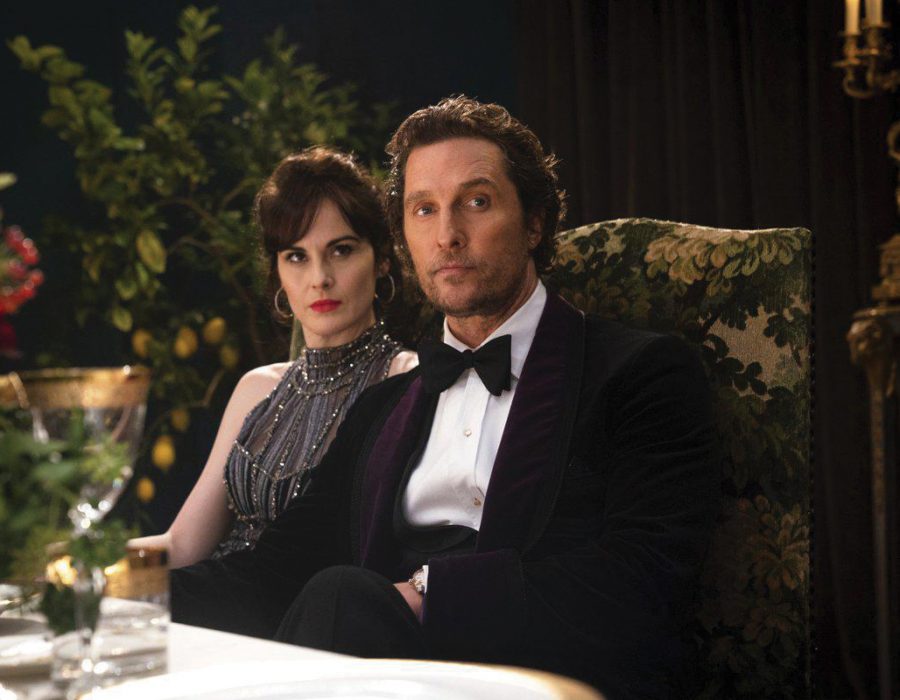 NI film critic Hunter Friesen reviews “The Gentlemen,” directed, written and produced by Guy Ritchie. The film was released in the United States on Jan. 24 and received a 72 percent Rotten Tomatoes rating.

Like Wes Anderson, Tim Burton and Michael Bay, you can tell when a film is made by Guy Ritchie just by watching a few minutes of it. The British director has carried a sense of hyper stylization through each of his films, most notably in crime comedies that began with the one-two punch of “Lock, Stock and Two Smoking Barrels” and “Snatch.” Now, after a few big studio duds (“King Arthur,” “Aladdin”), Ritchie has come home to his roots with “The Gentlemen.”

Growing tired of the marijuana business and fearing for the security of his future, Mickey Pearson (Matthew McConaughey) decides he wants to sell his lucrative empire. Luckily for him, a rich American buyer is willing to fork over a pretty penny. Unluckily for Mickey though, his life of crime has made him a few enemies that would like nothing more than to see him ruined. With his enemies fast approaching on all sides, Mickey will now have to get his hands dirtier than ever if he ever wants to have a chance to clean them off.

“The Gentlemen” is business as usual for Ritchie as he dives right back into the street crime genre he made his name in.

What may seem overindulgent to others is only conventional to Ritchie as he uses all the flashy tactics in the book. Even the opening credits — which contain numerous minor spoilers for some odd reason — remind one of a Bond film. After that, we are led on an endless parade of rapid editing, exaggerated characters and many other stylish facets. It’s a bombardment of the senses, but one that never becomes overbearing.

However, like all Ritchie films, “The Gentlemen” ends up leaning too hard on style over substance, which is saying a lot because there is a lot of substance here. Some directorial choices seem to be made only for vanity, such as one bit where a character drones on about the magic of classic cinema. I was reminded of the great “Jurassic Park” quote which I am paraphrasing: “[Ritchie] was so preoccupied with whether or not he could; he didn’t stop to think if he should.”

Such is the case in Ritchie’s previous crime films: there are plots within plots, and those plots have plots on top of them. In this film, the narrative revolves around a discussion between two characters as one tells the other about the events that have unfolded. These events are new to us but have already happened within the timeframe of the film. What we get is a sort of comedic murder mystery where each event is changed and then rechanged again based upon a certain character’s perspective on what happened.

This framing device makes the movie an interesting puzzle, albeit a needlessly convoluted one. Specific details sometimes get lost in the shuffle, only to come back again to confuse us more. Just like the directing, this problem seems to stem from Ritchie’s insistence on overdoing things. It’s quantity over quality as too many things are thrown into the script without much regard for clarity or purpose.

Since his Oscar win in 2014, Matthew McConaughey has had a hard time picking projects that use his acting strengths and that also turns out to be good. Thankfully, Mr. “Alright, Alright, Alright” chose wisely here as Ritchie uses his captivating screen presence in some impressive monologues.

Charlie Hunnam and Hugh Grant play the two characters having a banterous discussion around the film’s events. Grant easily takes the top spot between the two as he seems to thoroughly enjoy his character’s eccentric quirks.

Rounding out the cast is Jeremy Strong, Henry Golding and, most notably, Colin Farrell as a boxing coach simply named “Coach.” Even though Mickey is the main character, Coach is the one you’ll remember the most after.

It can be easy to forget sometimes that movies are allowed to solely be entertaining popcorn flicks. This rings truer during awards season when every film is trying to take a stand on something and fighting to make a mark on our culture.

Of course, you still would like that popcorn flick to be well-made. Being as how January is usually a dumping ground for maligned films, you could do a lot worse than this enjoyable romp.