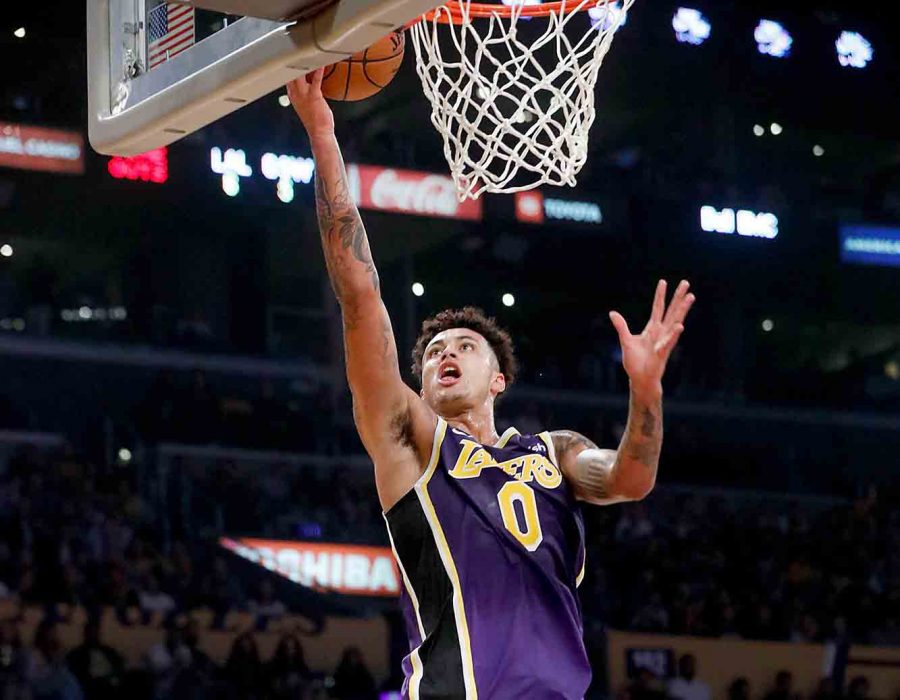 If you’re an avid follower of the NBA, you know that the two greatest days of the calendar year are the start of free-agency on July 1, and the trade deadline in early February. With regards to the trade deadline, most teams will tend to put off making any sort of big blockbuster deals until right at the very last minute, making the final possible day of trading the most exciting. Often times, our phones will be bombarded with rumors, speculation, and of course league-altering trades within the span of just hours – all while general managers and league front offices scramble to work out the best possible deal to improve their teams come playoff time (or to sell of as many pieces as possible in order to tank for a higher draft pick). With Tuesday’s massive four team, 12-player deal between the Minnesota Timberwolves, Denver Nuggets, Atlanta Hawks and Houston Rockets, it appears that this year’s trade deadline on February 6 will likely be no different from past years. So buckle up, it’s going to be a hectic 24 hours.

One of the biggest names to be mentioned in trade rumors this season has been Golden State Warriors combo-guard D’Angelo Russell. The Ohio State product signed a four-year, $117 million deal with the Warriors this past offseason, as part of the sign-and-trade deal that sent Kevin Durant to the Brooklyn Nets. However, rumors began to swirl instantly after Russell’s signing that the Warriors were not looking to keep him in their long-term plans, and were instead trying to make the 2019-2020 season a rebuilding year with star players Steph Curry and Klay Thompson both sidelined with injuries. Russell, who can play both point and scoring guard, would not fit well alongside Curry and Thompson, as Curry mainly plays point guard with Thompson as the scoring guard. This means that either one of the three players would need to play out of position, or that Golden State was only looking to keep Russell for a short period of time and potentially move him for more assets in the future. The latter looks to be the most likely outcome, as rumors have been abundant regarding Russell’s future in the Bay Area. The Minnesota Timberwolves, who were also linked to potentially signing him last offseason, have again expressed profound interest in acquiring the 23-year old. Another team, the New York Knicks, were also said to be “aggressively pursuing” Russell in a deal with the Warriors. Keep an eye on him as the February 6 deadline approaches.

Other well-known names around the league have been brought up in rumors as well. Cleveland Cavaliers center Tristan Thompson is another name to keep an eye on come Feb. 6. He has been averaging around 12 points and 10 rebounds per game for a Cleveland team that is sitting near the bottom of the Eastern Conference standings, and who are likely looking to acquire young pieces to build around in an otherwise lost season. Los Angeles Lakers forward Kyle Kuzma has been brought up in rumors ever since the Lakers received All-Star center Anthony Davis in a trade last summer with the New Orleans Pelicans. Kuzma, while only in his third season, has been a very productive player during his time in a Lakers jersey. However, his production has dipped a bit this season due to him playing third-fiddle to LeBron James and Davis. The Sacramento Kings and New York Knicks, both rebuilding teams looking for a solid young piece, have been linked to Kuzma’s services. Charlotte Hornets guard Terry Rozier and New York Knicks forward have also both been brought up in trade rumors so far, despite both players signing contracts with their respective teams this past offseason. Randle is still young and could easily help provide a playoff-contender with size and physicality up front, while Rozier is entering the prime of his career and could be a solid backup guard for a contender or a decent starting guard with a reliable output every night.

While no one knows exactly how the NBA trade deadline will go, we can alway speculate on which players are going to which team. It is very likely that many of the players mentioned above will either stay put through the deadline, or that other players who have had no rumors attached to their names will suddenly be traded at the last minute. This is of course why the trade deadline is such a fun time: the unpredictable nature and excitement truly makes it enjoyable to be a fan of the NBA.