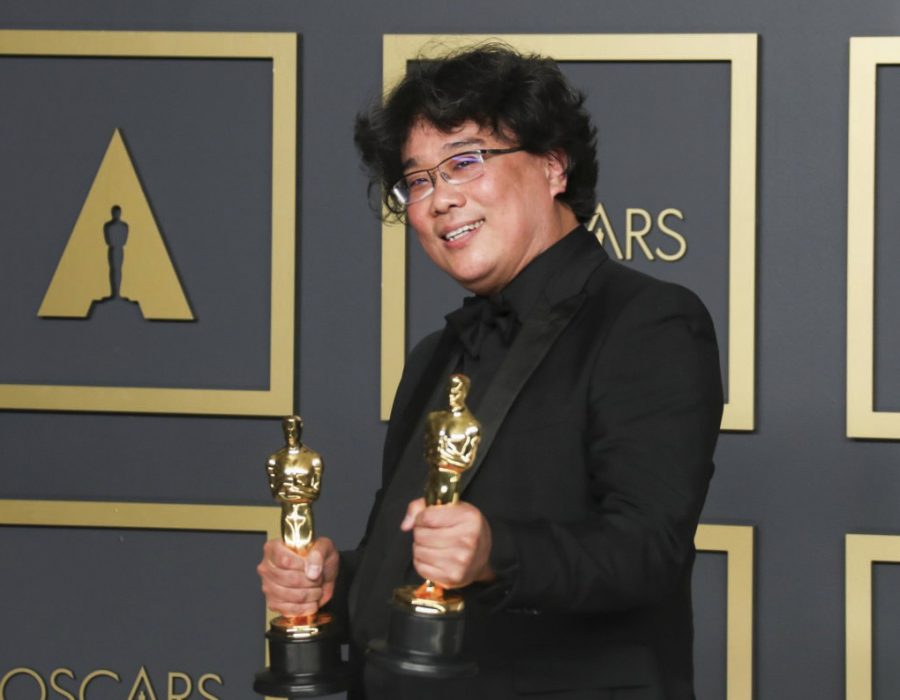 Well, it finally happened. After months of releases and campaigning, the 92nd Academy Awards took place this last Sunday, signaling the end of the 2019 movie season. Now that the dust has settled and the speeches have been made, it’s time to recap everything that went down. Here are just a few storylines and tidbits that best summarize all that happened on Hollywood’s biggest night.

It’s taken 92 years and 11 other films to try and fail, but “Parasite” has become the first-ever foreign language film to win Best Picture. It all started back in May when director Bong Joon-ho’s wildly entertaining tale of classism in his home country of South Korea premiered and was awarded the coveted Palme d’Or at the Cannes Film Festival. From then on, the question on everyone’s mind was if “Parasite” would be able to break the curse that had stopped so many before it, most notably “Roma” just a year before. Thankfully, “Parasite” had the juice to beat out its main rival, “1917,” and took that stage to collect the ultimate prize.

Bong Joon-ho has the biggest night.

Undoubtedly having the biggest night of any person was Bong Joon-ho. Besides his film winning Best Picture, Bong also picked up the awards for Best International Feature, Best Original Screenplay and Best Director in a slight upset win over predicted winner Sam Mendes. Bong has been on the campaign trail since May, charming voters with his wit and friendliness. Just like his film, he more than deserved to pick up the awards he received.

Unfortunately, due to a technicality where Best International Feature Film goes to a country and not a person, Bong’s three wins came just one short of tying Walt Disney for the most Oscar wins in a single night. One silver lining is that the four wins by “Parasite” tied the record for most by an international film in one night.

The show itself wasn’t very good.

With the show lasting just as long as “The Irishman” (209 minutes) and having quite a few missteps along the way, The Oscars proved for the second time that a host doesn’t make or break a show.

The evening started well with Janelle Monae kicking things off with a song and dance number, followed by Steve Martin and Chris Rock rattling off the usual jokes a host would do.

After that, however, things went downhill quickly as the show seemingly turned into the Grammys with its never-ending stream of musical performances. Eminem performed in what seemed to be a desperate move to get some social media buzz.

And even when talents like Maya Rudolph and Kristen Wiig took the stage, they were hampered by lazy writing and bits that seemed to drag on forever. With the ratings at a new record low (down 20% from last year), the time is now for award shows to reinvent themselves.

It was a pretty predictable night.

Adding onto the feeling of monotony produced by the show itself was the lack of any surprise winners in each of the categories. Every nominee for Best Picture walked away with at least one award, except for “The Irishman,” which sadly went 0-10. Even with the big win by “Parasite” (which seemed more likely as the season went on), each winner had been one of the odds on favorites for the months preceding. Bong Joon-ho winning for Best Director was maybe the only upset, but even that wasn’t too surprising considering all the love Bong had received this season.

Yours truly even went 20/24 overall with the predictions, setting a personal best. It goes to show that the Academy is getting a little more predictable year after year, following trends already set in the months leading up to the show.

History was made on all fronts.

Yes, “Parasite” winning Best Picture is the most notable record. But there were also many notable achievements made in other categories:

•Barack Obama became the first president to win an Oscar as he and Michelle Obama produced the Best Documentary, “American Factory.”

•Bong Joon-ho’s win for directing now makes Damien Chazelle the only American to win the award in the 2010s.

•Joaquin Phoenix’s win for Best Actor marked the second time an actor has won for playing The Joker. Also, each actor who has portrayed the character has won an Oscar sometime in their career.

•With her win for the animated short, “Hair Love,” director Karen Toliver became the first black woman to win an Oscar in any animation category.