‘Last Thing’ is a confusing mess 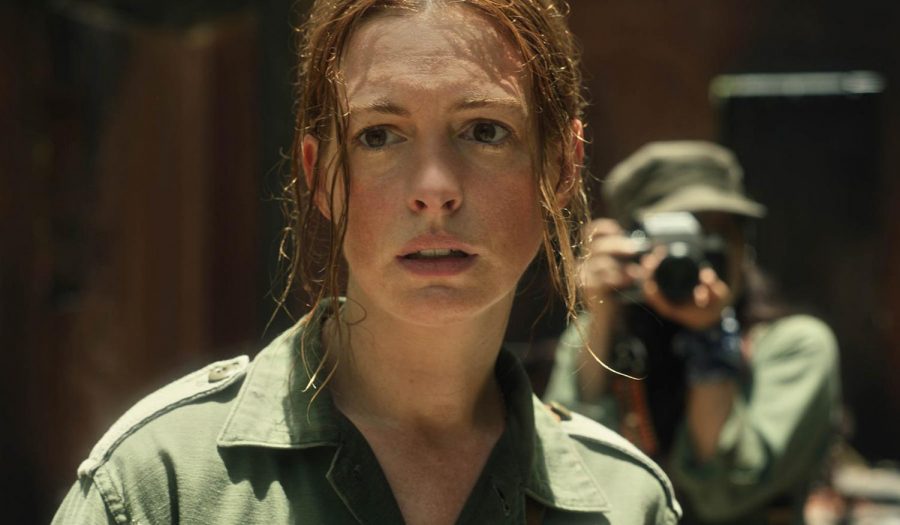 Netflix has been on a roll these past few years. While changing the idea of how television can be consumed, the streaming giant has also financed dozens of films from revered auteurs and budding talent. This level of investment has paid dividends with films such as “The Irishman’’ and “Roma.” But like all portfolios, there are some stinkers such as “Bright” and “The Ridiculous 6” that blemish the hits. Joining the latter pile of garbage is the newest film to be dumped unceremoniously on Netflix: “The Last Thing He Wanted.”

A journalist for “The Atlantic Post,” Elena McMahon made her mark with hard-hitting investigative pieces detailing the revolutions in 1980s Central America. One day, her secretive father attempts to reconnect with her after years apart. It’s revealed he’s rekindling their relationship because he has fallen victim to Alzheimer’s. With his final days winding down, he confesses that he is a gun smuggler for the Nicaraguan Contras and asks her to complete his final deal. To fulfill her father’s dying wish, Elena must go back to the place where everything began for her. Only this time, she’s on the opposite side of the law than she was before.

Re-teaming with Netflix after the critical success of “Mudbound,” director Dee Rees makes some of the most shocking failures a respected filmmaker could make.

Her command of the material is nonexistent as the plot and characters move along without any rhyme or reason. For a two hour movie (that feels twice as long), Rees offers little in terms of suspense and subtlety. The choppy editing lacks any cohesiveness between its revolving door of throwaway characters and locations.

Even when Rees is supplied with quality supplemental material, such as the score by Tamar-kali, she cues it at the most obvious times, turning it against her intentions.

Rees does throw in a nice camera movement every once in a while, but it’s painfully obvious that it’s only being done to try and cover-up the catastrophe that is being filmed. An example is the laughably bad final shot that looks ripped straight from a parody movie.

Adapted by Rees and Marco Villalobos from the book of the same name, “The Last Thing He Wanted” is one of the most incomprehensible movies ever made. I would feel safe betting someone a billion dollars to watch this movie and then properly explain what they had just seen.

The dialogue is both cliched and flowery as it makes even the smallest detail hard to comprehend. Characters speak English in a way so cryptic that it seems they aren’t even speaking English at all. No amount of rewinding or looking through a dictionary could help me understand what exactly someone was saying. Fortunately, the poor sound mixing makes half of the dialogue muddled, saving me from further anguish.

Also part of the problem is the script’s overabundance of half-baked storylines and details. I would say that almost every one of these plots and subplots is filled with holes, but I’m not sure of what the plot was, to begin with. Characters and locations come and go, barely leaving a mark on the overall narrative. That is, until the end when Rees wraps a dozen different things up in the final three minutes, ending the film in a pile of disjointed pieces that produces more questions than answers.

Anne Hathaway is mediocre as our supposedly tough main character. Hathaway tries her best, but she is woefully miscast and can’t muster a sliver of enough fortitude to convince us of her believability.

Ben Affleck plays a CIA agent hot on Elena’s trail. Affleck seems to have been on set for less than a week and has as much energy as someone who just woke up from a nap after downing a bottle of NyQuil. Factoring in his minuscule screen time, it’s safe to say that the main reason he was cast was to put his name on the poster.

Playing the ailing father is Willem Dafoe, who has recently been on a career resurgence. Disappointingly, Dafoe falls into the type of hammy overacting that plagued the middle third of his career.

“The Last Thing He Wanted” is a glaring misfire on the careers of the usually dependable cast and crew. It will surely land on many “worst of the year” lists and may even take the top spot on a few. Thinking about this awful movie is the last thing I ever want to do.