Arch Madness preview: who will take home the title? 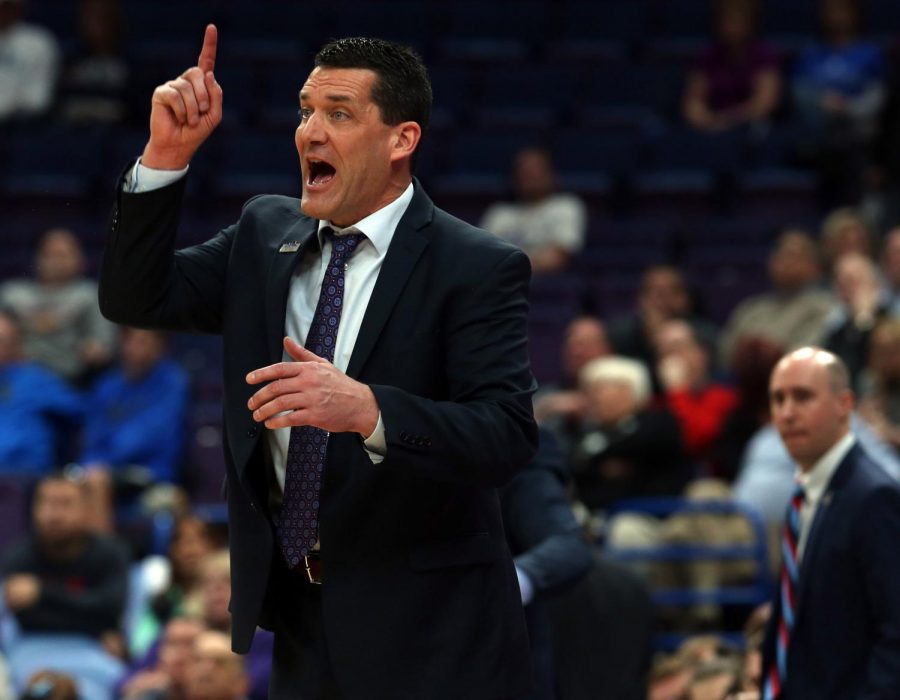 UNI head coach Ben Jacobson looks to lead the Panthers through Arch Madness to return to the NCAA Tournament for the first time since 2016.

March is officially upon us, which means the excitement and drama of March Madness is just around the corner. But before the selection committee reveals the field of 68 teams that punched their ticket to the Big Dance on Selection Sunday, there are 32 automatic bids that will need to be decided by virtue of conference tournament championships. One of these bids will be coming from the Missouri Valley Conference, in which the UNI Panthers are coming in as heavy favorites to earn the conference’s automatic bid. Of course, the tournament still needs to happen and games still need to be played, with this weekend in St. Louis being the venue for the 30th playing of the Missouri Valley Conference’s Arch Madness Tournament.

UNI comes into the tournament having clinched the No.1 seed and the regular season conference championship. The Panthers also have the best overall record in the conference by far, sitting at 25-5 for the year. Finishing one game behind them in the standings were the Ramblers of Loyola-Chicago, a team who made a Cinderella Final Four run two years ago. Rounding out the top four in the conference are Indiana State as the third seeded team, followed by Bradley at No. 4. The middle of the Valley standings are closely contested, with six different teams separated by only three games, meaning this year’s Arch Madness could shape up to be unpredictable.

The first two games of the tournament will take place on Thursday, March 5. Game 1 will feature the No. 8 seeded Drake against the No. 9 seeded Illinois State with the winner taking on the Panthers on Friday, and game 2 matching up the No. 7 seeded Valparaiso versus the No. 10 seeded Evansville with the winner playing Loyola on Friday. Despite Drake being near the bottom of the conference standings, they are still a much better team than their opponent in Illinois State. Expect the Bulldogs to come away with a double-digit victory and face the Panthers in the second round.

UNI has beaten Drake twice already this season, proving that they can easily handle the Bulldogs. The Panthers should take care of Drake in the second round due to their balanced scoring and Drake’s inconsistent three-point shooting, and will move on to face the winner of Bradley and Southern Illinois. Bradley is one of the better teams in the conference this year, and will take down the Salukis and advance to face UNI on Saturday.

Saturday’s matchup will feature a rematch of the Arch Madness title game from a year ago, in which the Panthers squandered a double-digit lead in the second half. This year’s UNI squad is a much improved team from a year ago, and will be looking to avenge last season’s fate against the Braves. The Panthers also defeated Bradley twice in the regular season, making this a favorable matchup. The championship game this year will feature the top-seeded Panthers against Indiana State, in an unexpected championship appearance for ISU. The Sycamores are led by guard Tyreke Key, who leads the team in scoring at almost 16 points per game. Key and Indiana State are a team that could easily make a run in Arch Madness and could potentially upset the Panthers, just like they did earlier this season in Terre Haute. However, this season has been one for the ages for UNI, and will be capped off perfectly when they down Indiana State in the championship game and advance to the NCAA Tournament for the first time since 2016.