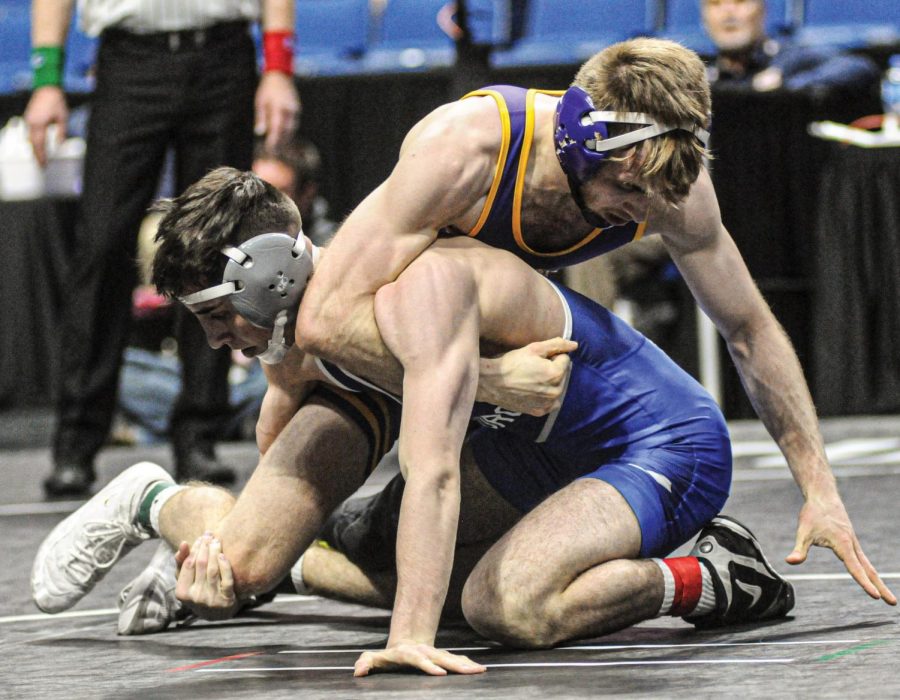 Over the weekend, the Northern Iowa Panthers Wrestling team traveled down to Tulsa, Ok., to compete in the Big 12 Conference Championship.  Oklahoma State was heavily favored going into the tournament, but both Iowa State and UNI had a chance to pull off the upset. Going into the conference tournament, UNI was 6-2 in conference play. Over the weekend, the Panthers were able to finish 3rd. UNI was led by four wrestlers that advanced to the semifinals on Sunday to earn a 3rd place team finish: Bryce Steiert, Taylor Lujan, Max Thomsen, and Michael Blockhus.

In the end, Oklahoma State was the Big 12 Conference Tournament Champions and Iowa State came in a distant second, and with UNI finishing in a close third.