Biden: a return to the Obama presidency 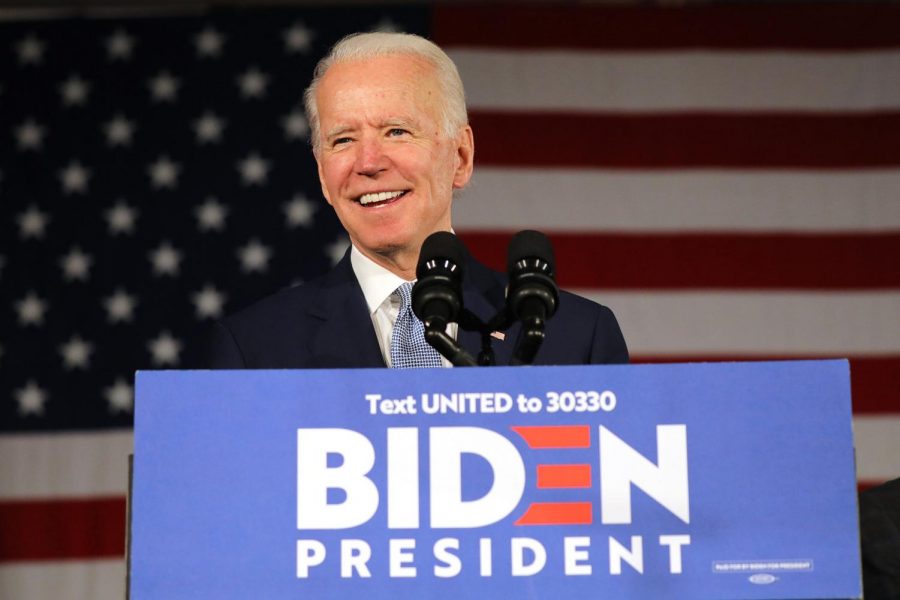 There are a multitude of reasons that Biden is a terrible candidate. From his Iraq War vote to his record of attempting to cut Social Security, not to mention his work with segregationists in opposing mandated bussing in order to desegregate public schools. Furthermore, his more recent comments regarding vetoing a Medicare-for-All bill should it pass both chambers of Congress are troubling, to say the least, as a flagrant violation of representative democracy. However, what is most troubling is not how his past record informs his future policies, or the fact that given his declining mental faculties, it will be near impossible for him to defeat Trump in a general election, but rather his complete lack of vision for a better future. The issue with Biden is not so much that he is ideologically conservative, so much as he lacks a coherent ideology altogether. And given the unraveling of late neoliberalism, as exemplified by the climate crisis, the mental health crisis, wage stagnation and increasing income inequality. In many ways, the coronavirus, regardless of its actual empirical significance, has also proven enlightening in showing the complete inadequacy of our national and global healthcare infrastructure to properly mitigate such epidemics, which of course will be impossible to properly mitigate so long as we remain within the logic of profit-seeking and capitalism. Healthcare cannot be adequately provided so long as tens of millions are disallowed access due to their economic status; the spread of infection cannot be contained so long as people are forced to work without a federally mandated paid leave. Of course, the countries that have done the best job at mitigating the outbreak of coronavirus are Communist nations such as Vietnam.

It is clear that issues such as the global climate catastrophe or epidemics such as the coronavirus require bold action; a clear paradigm shift away from capitalism as quickly as possible. In the face of these potentially apocalyptic concerns, what does Joe Biden provide?

Instead of positing forward a vision of change, Biden instead tells Sunrise Movement protestors to vote for Trump, as if challenging Biden on his policy towards fracking makes one a Trump supporter. His campaign appears to be completely bereft of policy; instead, his entire campaign is predicated on campaigning as little as possible and cruising to victory. All the Biden campaign has to offer is a vague “return to normalcy,” a nostalgic yearning for the Obama years where Middle Eastern children could be drone-striked to oblivion while liberals bravely stood by and did nothing, proud of themselves for having elected a Democrat to office and a minority to boot. This nostalgic yearning can be seen in Biden’s healthcare proposal, which in his debate-stage rhetoric never seems to pass beyond the empty phrase “build on Obamacare.” Never mind the fact that Obamacare was a right-wing, market-based, Heritage Foundation, Romneycare plan that left tens of millions of Americans uninsured.

Furthermore, it should be reiterated that Donald Trump did not emerge from nowhere. Donald Trump is the product of the Obama years and Obama-era politics and the failures of the Obama administration are embodied in Donald Trump. African-Americans were disproportionately impacted by the 2008 financial crisis and the corporate bailout did nothing to assuage the hemorrhaging of wealth due to the financial crisis on the actual citizens of the country. This is not to retread the tired argument of what motivated Trump voters to vote for Donald Trump, but rather the more enlightening question of why people who voted in 2008 refused to vote in 2016. The failure of Obama to enact the promises that he ran on in 2008 were instrumental in alienating a large portion of the Democratic base from the Democratic Party, as it strayed further from working-class politics. These “promises” are less about specific empirical policies that Obama ran on and failed to produce, but rather the stark divide between the politico-ideological disposition that Obama ran on, and the politico-ideological tendencies with which he governed.

Biden’s desire to return to the Obama era is simply the desire to reproduce the conditions of neoliberalism that ultimately always bring out authoritarian or outright fascist reaction without a properly left-wing, working-class base to counteract it.