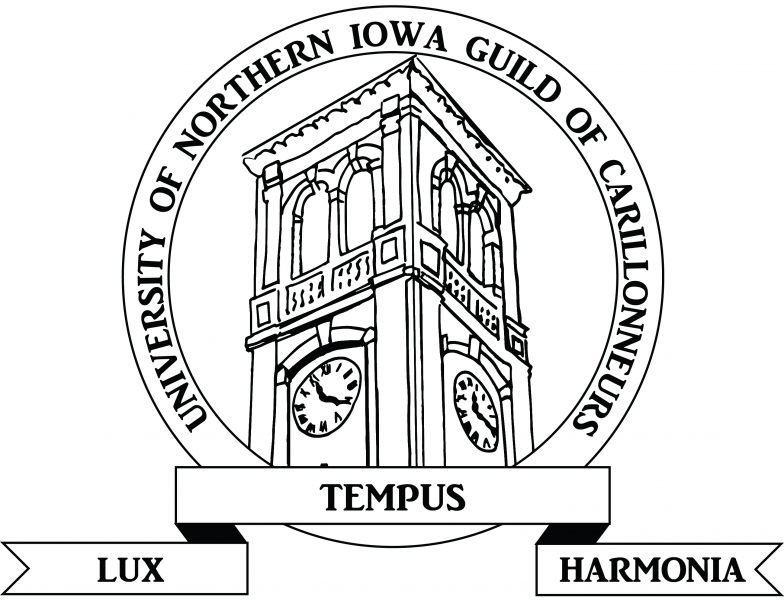 Music is reviving a closed campus as the UNI Guild of Carillonneurs presents daily concerts through their “Social Distancing Series.”

The student organization is responsible for continuing the traditional carillon music from UNI’s Campanile. Their concerts represent the remnant of performances from the School of Music, which has either canceled or made virtual the rest of its semester.

“We’re just happy to provide some kind of fullness to an empty campus and kind of combatting that loneliness and disconnectedness that a lot of people might be feeling,” said senior music major Abbie Greene, the Guild’s president whose own senior recital was canceled this spring.

The concert series came to be after UNI President Mark Nook contacted the Guild. Current and former student carillonneurs who were still in the area quickly stepped up.

“It is hard for me to imagine the University of Northern Iowa campus without music, especially live music,” Nook’s email said. “The music that you, your colleagues and students create and share inspires all of us and is so impactful on our students, employees and community members.”

Originally scheduled until the end of April, the Guild has now been approved to continue the Social Distancing Series through May 31.

Concerts occur every day at various times; a detailed schedule can be found at carillon.uni.edu/events. Those in the Cedar Falls area are encouraged to enjoy the carillon’s music from an appropriate social distance. Each concert is also streamed live from within the Campanile on the Guild’s Facebook page.

Songs are selected from among fan requests, which can be submitted on the Guild’s website. So far, these requests have included campus classics like the UNI Fight Song and the Varsity Men’s Glee Club staple “Brothers, Sing On,” traditional and popular music selections and even the Wii and Kahoot theme songs.

Some performers have elected to create themes for their daily concerts. For her first concert, Brenda Sevcik played a set of quarantine-related songs including “I Will Survive,” “All by Myself” and “We’re All in This Together.”

Sevcik, who serves as the Guild’s Director of Public Relations, said she has enjoyed seeing the Guild’s visibility grow and bring together an otherwise scattered community.

During a regular semester, the Guild performs weekly Friday lunchtime concerts and special concerts — including their biggest performance of the year, Campaniling during homecoming. Members also give tours of the Campanile and organize and attend events promoting carillon music.

The UNI Guild of Carillonneurs was founded in 2015 as student musicians gathered to keep the instrument alive. The bells of the Campanile had fallen silent after the death of long-time University Carillonneur Robert Byrnes in 2004, according to University Archives. Today, the organization is limited to ten students at a time, with auditions open to all majors.

Sevcik, a senior studying instrumental music education and organ performance, auditioned during her first semester as a freshman.

“Someone made a joke about me once in the Guild that ‘Brenda Sevcik likes to play all the loudest instruments on campus including the trumpet, the organ and the carillon,’” Sevcik recalled with a smile. “I do feel rather powerful in the carillon.”

It’s a mighty instrument indeed. Greene described the experience of playing it as similar to a keyboard — although it is more than 27 times heavier than a grand piano. A series of wooden pegs and pedals are connected via wire to each of the 47 bells in the belfry.

For musicians participating in the Social Distancing Series, the performance experience is different from the norm. Usually, two students sit at the carillon, with one playing the bass clef and other playing the treble clef. This time, however, performers are on their own.

“We’re really working on our sight-reading skills with this and building our confidence with the carillon,” Sevcik said. “I think we’ve all relied on everyone to work together, but now when it’s just us at the top, we’re learning to be more independent.”

With half of the usual hands and feet available to play the bells, Greene said it is sometimes a challenge to determine which notes are necessary and which can be sacrificed.

“It’s actually really good for the musical brain of all of us,” Greene said, “[knowing] what’s important in the music, what definitely needs to be heard and just exercising that musical muscle.”

On top of limiting the number of people in the Campanile — only one person is allowed inside per day — the Guild adheres to strict guidelines when it comes to disinfecting the carillon and surrounding surfaces.

Although their semester may not have ended the way they expected, student carillonneurs are focusing on the good.

“It’s just cool to see how this crappy thing happening all over the world tampered with and destroyed a lot of the things happening on campus and people’s personal lives and stuff, but we’re able to shine through that and promote UNI’s campus,” Greene said.

More information about the Guild can be found on their website at carillon.uni.edu. Auditions for new members will be held near the beginning of next semester; updates will be posted on their website and social media pages, “UNI Guild of Carillonneurs” on Facebook and @UNICampanile on Twitter.