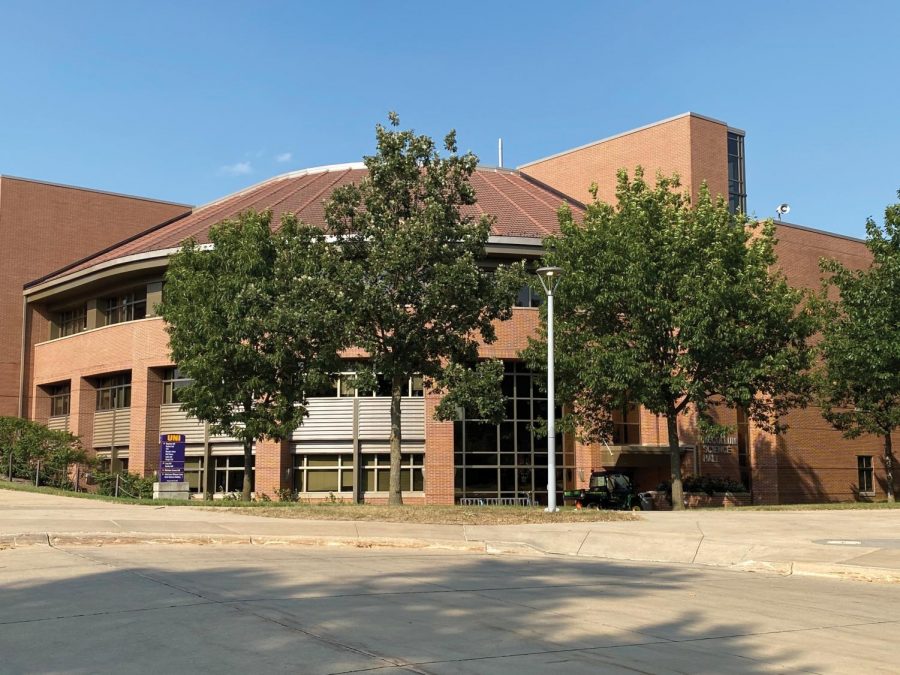 An “internal failure” in a 20-year-old motor in McCollum Science Hall on Monday caused a failure of the air conditioning system that led to the cancellation of classes in that building for the rest of the day.

According to Mike Zwanziger, Assistant Vice President and Director of Facilities Management, the electric motor, which powers the largest of McCollum’s five ventilation units, failed just after midnight on Monday. University technicians noticed the problem early Monday morning, and a campus-wide email sent just after noon informed students that all classes in McCollum would be cancelled for Monday.

“With the forecasted temperatures, we didn’t believe we could maintain comfortable temperatures within the building without this fan operating,” Zwanziger told the Northern Iowan in an email.

Classes in McCollum resumed as normal on Tuesday after the maintenance team removed the faulty motor and replaced it with a spare. This was no easy task, as the motor weighs nearly one ton and is located down a long flight of stairs in a small mechanical area, according to Zwanziger.

He commended the staff for their work in addressing the issue quickly and resourcefully.

“Our team devised a plan to utilize a chain-fall hoist to safely remove the old motor and move the spare motor into place,” he wrote. “The spare motor was also not an exact replacement, and our electricians needed to modify the wiring to ensure safe and dependable electrical connections.”