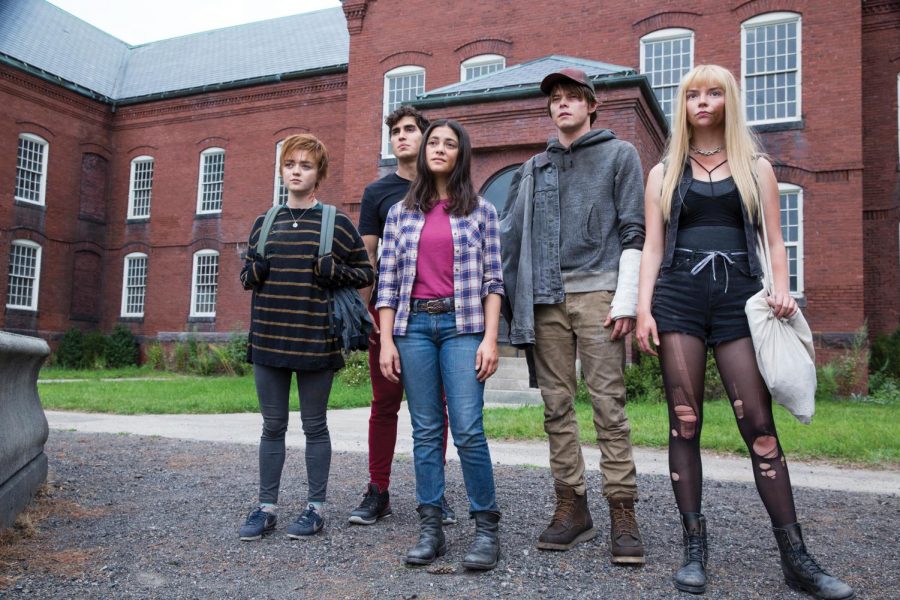 Fimed way back in the bygone time of 2017, “The New Mutants” – the newest entry into the now-scrapped X-Men Cinematic Universe – has had its fair share of trouble getting to theaters. Originally set for release in April 2018, the movie has had a record of seven date changes, making it a running joke that it would never see the light of day. Defying the naysayers, “The New Mutants” has finally hit theaters right in the middle of a pandemic.

Set in a remote research facility, “The New Mutants” follows five teenagers as they discover their newfound powers. The stern Dr. Reyes looks after the young mutants and tries to help them control their raw powers. We follow the newest member of the group, Danielle Moonstar, who was placed there after a mysterious natural disaster wiped out her entire reservation. After some time, the five realize that there’s more behind this facility than meets the eye. To save themselves and right the wrongs of the past, the group must work together to harness their powers and become something bigger than themselves.

“The New Mutants” is directed by Josh Boone, who last made a critical and commercial splash with his adaptation of “The Fault in Our Stars”.

Billed as an action/horror/drama, “The New Mutants” fails on all three of those genre levels. Thanks to Boone’s inability to grasp onto his material, the various tones of the movie go together like oil & water rather than peanut butter & jelly.

The action is sparse throughout the first 80 minutes, only showing us glimpses of each person’s unique power. The final 15 minutes end on an action set piece that unleashes all that the movie has been building up, which isn’t much. The intentionally dark and snowy setting acts as a smokescreen to cover up the poor digital effects and blocking.

Fairing even worse than the action is the horror element. It’s been reported that the studio demanded reshoots to add more horror after the mega-success of “IT”. Neutered by a PG-13 rating, the scares in this movie are comparable to the ones found in a January dumpster movie aimed solely at young teenagers. For nearly the entire runtime, we’re subjected to a rinse repeat cycle of jump scares and sound blasts that only mildly startle us, but never come close to scaring. Even the main villains – gangly creatures dressed in tuxedos that look almost too similar to Slenderman – come across more laughable than creepy.

But even the failings in the action and horror department don’t come close to the movie’s biggest crime, which is how boring it is. For being set in a superhero universe, very little of this movie is connected to the larger world. Except for a few name drops and the fact that our main characters are called mutants, this could have been set in any other YA universe and it wouldn’t have made a difference.

The uninteresting plot offers few biting questions to chew on. If you have even an inkling of knowledge about the X-Men Universe, then these questions will be a breeze to answer. But, immediately knowing these answers is a double-edged sword as you now have to impatiently wait an hour for the movie to reveal them in the dullest way possible.

Maybe the only person who can come out of this mess with some credibility is Blu Hunt and her performance as our lead character, Danielle. Hunt does fall into the teenage actor trap of overdoing it, but overall she does a commendable job of being the audience’s viewpoint into this story.

Three of our five main characters have accents and each of them vies for the award of least convincing. The winner of that goes to American-born Anya Taylor-Joy in her attempt at portraying a Russian. Charlie Heaton’s Kentucky drawl comes in at a close second place, while the British Maisie Williams of “Game of Thrones” fame does alright with her Scottish accent.

As an action movie, “The New Mutants” is a failure. As a horror movie, it’s a failure. Even as a piece of entertainment, it’s a failure. This is nothing more than a cheap cash grab whose only purpose is to make a quick buck off brand recognition alone.

The only time I’ll ever think about this movie again is when I have to decide where to place it on my worst-of-the-year list.