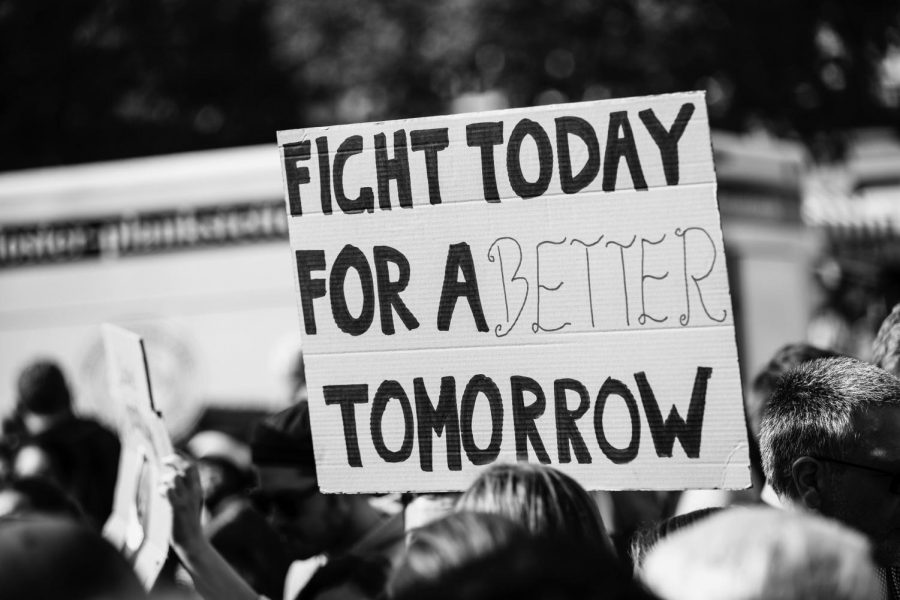 In the age of individualism, we become hyperaware of subjects while objects largely disappear from view. “Politics” is reduced to sorting out the “good” people from the “bad,” and any recourse to structural issues simply does not carry the resonance for our social media-laden landscape that an old-fashioned story of good vs. evil does. Thus, police brutality, as a structural, objective, violence, only engenders reactions of outrage when video footage is proffered, i.e. only when this objective violence is symbolized as a singular instance of subjective violence, when victim and murderer are in clear view. Humanity and suffering cannot be conceived of in the abstract, only when embodied. Structures are never seen in our daily reality, only their effects.

As such, reactions against property destruction are yet another manifestation of this phenomenon, in which subjects (the “looters” etc.) can be blamed directly for the damage that can also directly be seen. However, this destruction of property is only the symptom of the objective violence of the police, carceral state and does not exist in isolation, but only given this background. It is thus necessary to ask, what must be done to counter the objective violence of police brutality?

What becomes immediately clear is that protest is not enough. The terms “activism” and “activist” would do best to be immediately retired. Protests and activism fall directly under the purview of the liberal framework of recognition. People want to be seen and heard. Political beliefs are reduced to identities, just another unique attribute used to individualize, designate and separate. As the Democratic National Convention shows, the Democratic party does not exist to solve your problems, but merely to acknowledge your suffering, to see and hear you. The Republican party, of course, sadists as they are, exist to perpetuate that suffering.

What would it actually take to end policing? Property destruction, at the very least, entails consequences for failing to follow through with demands. It actually represents some confrontation with the powers that be. But beyond that, the clear answer is organizing. There is no party that can actually deliver the demands that must be met to ensure that there are no more Jacob Blakes, no more George Floyds, no more Breonna Taylors, which is why it must be built. The Democratic Socialists of America represent the closest thing to even the opportunity of ending police brutality, but building out a party means engaging at the grassroots level, working to organize. Crowds disperse, but parties endure. The only way to maintain fidelity to a crowd is through organizing through the party form.

Politics should be a collective action. Often, however, its manifestations are not, such as posting on social media. Even protests, which are ostensibly collective, can quickly become simply a multiplicity of singularities. The party form, the union form, organizing at the workplace level, seeks to maintain that collective spirit. The individual does not exist; there is no “I”. We know what we want: an end to police brutality. But defaulting to protesting to make these wants “heard” does not accomplish this goal. Perhaps now is the time to ask ourselves if what we claim we want is what we actually want, and if so, what we are willing to do to actualize it.