This week in UNI history: Sports 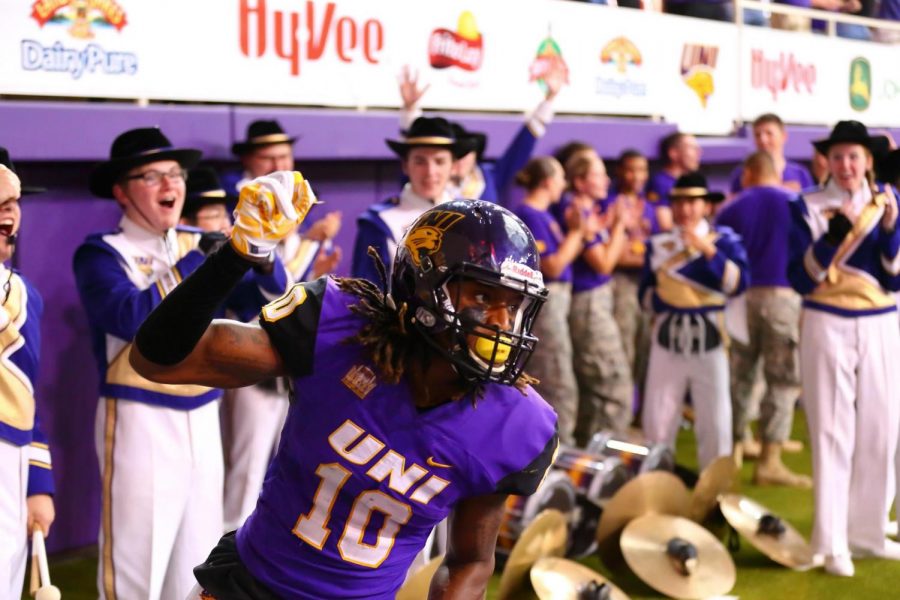 On Sept. 12, 2015, the seventh ranked FCS football team in the nation, the Eastern Washington Eagles, traveled to the UNI-Dome in Cedar Falls to take on the Panthers. The Panthers were also ranked nationally, coming in at number 14 in the polls, so a good game was to be expected.

The Eagles managed to get on the scoreboard first. On their second possession of the game, Quarterback Jordan West connected with Wide Receiver Cooper Kupp, now a prominent player for the NFL’s Los Angeles Rams, for an 18-yard touchdown. Kicker Tyler McNannay’s extra point gave the Eagles a 7-0 lead that they would take into the second quarter.

The Panther offense woke up early in the second quarter when Runningback Tyvis Smith scored from one yard out. QB Jordan West once again found WR Cooper Kupp for a score, this time from 73 yards out. The Panthers answered quickly, with QB Aaron Bailey finding a seam for a 41-yard run on the first play of the possession, and then finding WR Daurice Fountain for a 32-yard touchdown two plays later. Bailey found RB Michael Malloy the next possession to put the Panthers up 21-14 going into the locker rooms.

It was a quiet third quarter for the Panthers offensively. They struggled to sustain drives, and their one attempt to score in the quarter resulted in K Michael Schmadeke missing wide right on an attempted 53-yard field goal. The Eagles did manage to tie the game when true freshman QB Reilly Hennessey completed a pass to WR Kendrick Bourne for a score from six yards out. Going into the final quarter of play, things were all tied up, 21-21. An exciting fourth quarter was on the horizon.

The Eagles struck first in the final frame when QB Jordan West, back in the game after not playing in the third quarter, connected with WR Kendrick Bourne for his second receiving touchdown of the day, giving the Eagles a 28-21 lead. It was at this point that UNI took over for good. They answered the next possession when QB Sawyer Kollmorgen found WR Logan Cunningham for a 16-yard touchdown. After a stop by the defense, the Panther offense drove down the field, but had to settle for a 24-yard field goal. However, the first play of the Eagles’ next possession resulted in Defensive Back Deiondre’ Hall intercepting a pass and returning it for another Panther touchdown. This put the Panthers up 38-28. The Eagles did manage to put together another scoring drive, but it wasn’t enough as the Panthers upset the nation’s seventh ranked team 38-35.

Two different Panthers, Aaron Bailey and Sawyer Kollmorgen, both split time at QB. They combined to throw for 194 yards and three touchdowns without throwing an interception. Bailey also contributed on the ground, leading the team in rushing yards with 134. RB Darrian Miller also had a solid game on the ground, pitching in another 112 rushing yards. Linebacker Jared Farley led the team with 10 tackles, three of which were for a loss. Defensive Lineman Adam Reth had 1.5 sacks to lead the Panthers. The win proved to be a big one for the Panthers, lifting them all the way to number nine in the national polls.