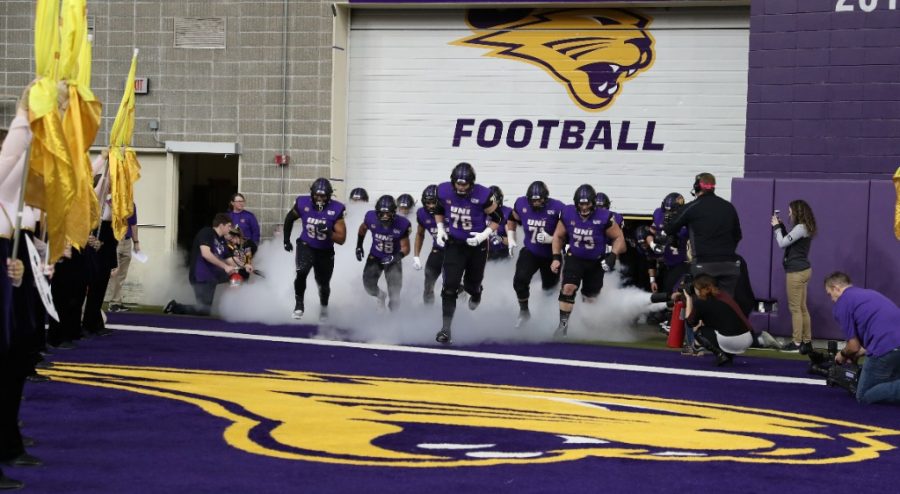 The Missouri Valley Football Conference released their spring 2021 football schedule last Thursday after the league had announced back in August that all fall sports would be moved to the spring due to the COVID-19 pandemic and its potential risks. The eight game conference schedule will begin on Feb 21, with the UNI Panthers starting their season at home against Illinois State.

Each Valley team will play the standard eight game conference slate but will not have a non-conference schedule due to the spring schedule and the delays and cancellations of other football leagues around the NCAA. The schedule will have the same home and road opponents as were scheduled in the fall, but the order of the opponents will differ due to travel restrictions and potential weather threats from starting the season in the winter.

UNI will start the season in the UNI-Dome on Feb 21 against Illinois State before travelling to Vermillion, SD for a Friday night matchup against the University of South Dakota. The Panthers return home on March 6 to host Missouri State but will then hit the road for three consecutive games followed by a bye week. They will travel to Macomb, IL on March 13 to play Western Illinois, followed by a matchup in Carbondale, IL against Southern Illinois on March 20. On March 27, UNI will go to Youngtown, OH to play Youngstown State for their final of the three road games before a bye week on April 3. On April 10, UNI will play host to the defending national champions North Dakota State. They will close out the regular season on April 17 at home against South Dakota State.

Last Tuesday, Sept. 22, the NCAA Division 1 Board of Directors voted on a 16-team FCS playoff schedule to begin on April 24 with a championship game to be played anywhere from May 14-16.

Northern Iowa finished last season with an overall record of 10-5 and finished the regular season 8-4, led by freshman quarterback Will McElvain. The Panthers played the toughest schedule in all of NCAA Division 1AA in 2019, but managed a 6-2 conference record in the MVFC. They won their first-round FCS playoff game against San Diego and upset South Dakota State in the second round before falling to eventual national runner-up James Madison in the national quarterfinals

The Panthers come into the season ranked #3 in the STATS Perform Preseason poll, with six players being named to the STATS Perform Preseason First and Second team. They return one of the top defenses in the nation and a strong cast on the offensive side of the ball as well. Head coach Mark Farely will also return for his 20th season at the helm of the Panthers. His career record stands at 159-83. The MVFC as a whole looks to be one of the most competitive conferences in the nation, as last season the league had six different teams ranked in the top 25 along with the defending national champion NDSU. UNI looks to be right in the middle of a highly competitive season.