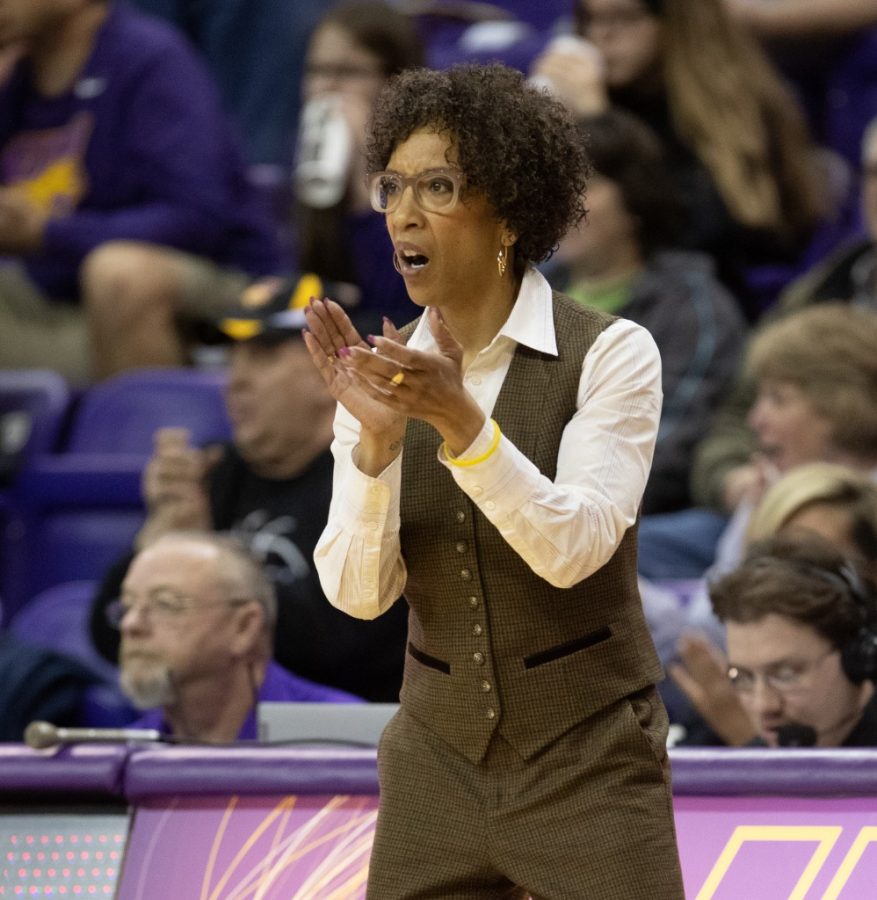 Wednesday, Nov. 11 was the National Signing Day for men’s and women’s high school basketball players around the country, where recruits formally signed their letters of intent to play basketball in college. This year, the UNI men’s basketball team signed three players, and the women’s team brought on two recruits for the 2021-2022 season. All five players from the both teams are from the state of Iowa, showing the ability of the UNI basketball programs to continuously find in-state talent.

Of the three players signed on the men’s side, two play their high school basketball in Cedar Falls. The first player signed was Michael Duax out of Hempstead high school in Dubuque, IA. A 6’5, 200 lb guard, Duax was a two-time unanimous first-team all-conference selection, first-team all-state during his junior year at Hempstead and averaged nearly 21 points and eight rebounds per game as a junior. He was named the 2019-2020 Mississippi Valley Division Player of the Year this past season and will be one of the top players in the state of Iowa his upcoming senior season.

The second men’s player signed was guard Landon Wolf out of Cedar Falls High School, who is the younger brother of men’s basketball player Logan Wolf. He helped Cedar Falls finish in third place at the state tournament in 2020 and was also voted to the 2020 all-tournament team this past year. At 6’5, 185 lbs, Wolf shot almost 50% from the field and 44% from the three point line in his junior season.

The third and final player signed by the Panthers on signing day was center Chase Courbat, also out of Cedar Falls High School. Standing in at 6’10, Courbat is a strong threat in the paint. He averaged ten points, seven rebounds and two blocks per game, and he averaged nearly 60% shooting from the field for the Tigers. Courbat won state championships his freshman and sophomore year of high school and helped Cedar Falls finish third at the state tournament last season, along with earning first-team all conference honors.

“We are excited to officially add these three young men and their families to Panther Basketball. Each one of them has approached their academic and basketball careers with discipline and determination to excel at a high level. Most importantly, they are great young guys from terrific families!”

Wright joins the Panthers out of Marion High School in Marion, IA. She averaged nearly 51% shooting and was second on the team in points per game her junior year, behind current Panther Kayba Laube. She was named All-Metro team captain and was first-team all state her sophomore and junior years.

UNI women’s head coach told UNI Athletics at the signing day presser: “We are so excited about the addition of Anaya and Riley to our Panther family. We absolutely love the competitiveness and passion for the game they will bring. They are both very versatile on both ends of the floor and will provide great depth for our backcourt for the next four years.”

Both interviews from coaches Jacobson and Warren can be found at www.unipanthers.com.