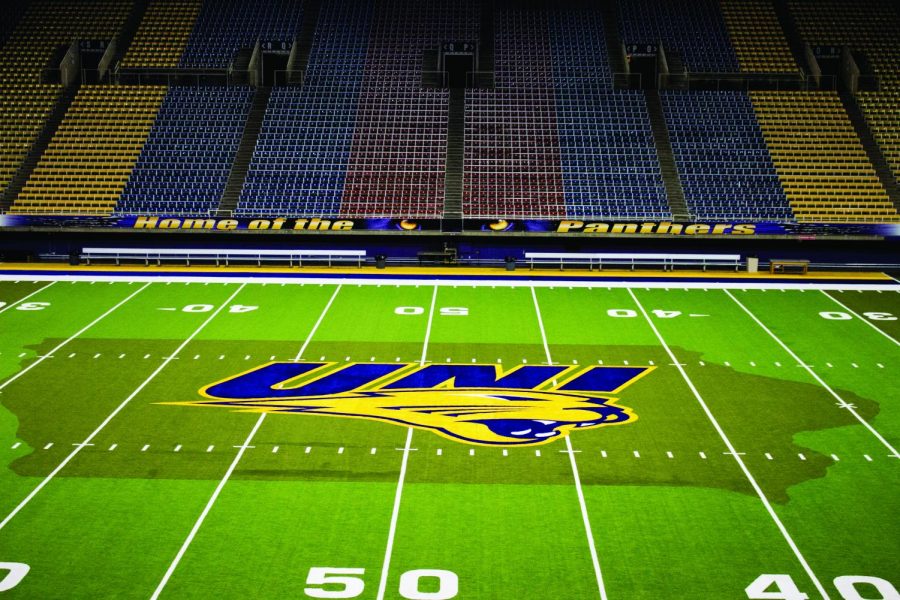 Although Iowa Governor Kim Reynolds recently tightened restrictions for youth and high school sporting events, the UNI-Dome will still host the IHSSA football semifinals and finals as planned prior to the proclamation.

The proclamation, made by the Iowa governor on Tuesday, restricted crowd sizes at indoor youth and high school sporting events to only two spectators per participant, due to the continued spread of COVID-19 in the state.

However, based on the size of the UNI-Dome and considering the previously planned precautions, the IHSAA released a statement clarifying that the governor considers the semifinals — and next weekend’s finals — equivalent to an outdoor sporting gathering rather than an indoor event. In that case, the two-per-participant rule does not apply, as long as all non-athletes are wearing masks and all groups of attendees are seated at least six feet apart.

The UNI-Dome will follow these procedures and will limit groups so that no more than six spectators may be seated together. Spectators, officials, staff, sideline personnel, cheerleaders, media members and all other non-athletes will be required to wear masks while in the UNI-Dome.

“We appreciate the consideration of Governor Reynolds in allowing the University of Northern Iowa and Black Hawk County to develop plans that keep fans socially distant at the UNI-Dome,” IHSAA executive director Tom Keating said in the press release. “We believe that with the seating plan and our mask mandates in place, we can conduct the state semifinals and finals games safely.”