A brief history of presidents in film 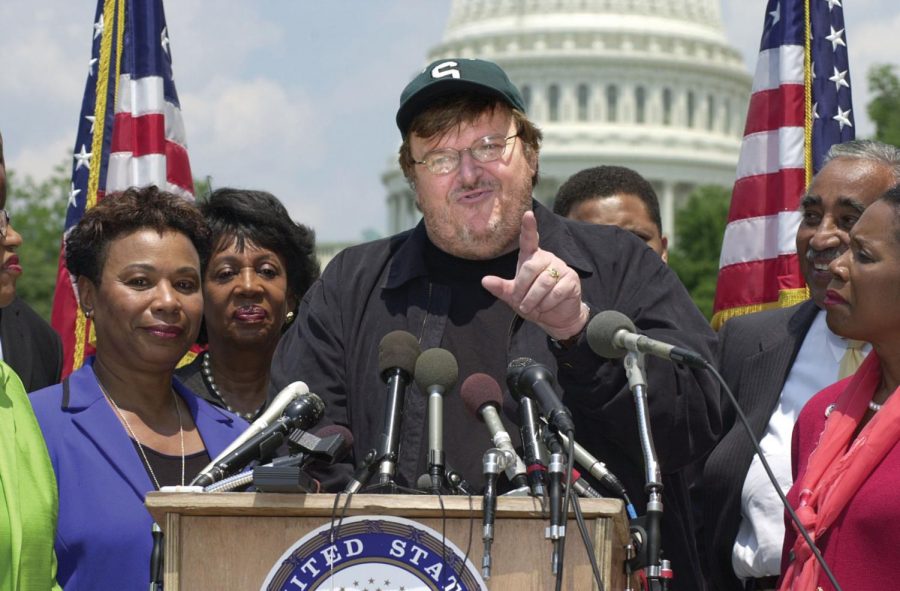 From Michael Moore to Steven Spielberg, many filmmakers have tackled presidential terms and controversial throughout the decades.

Feb. 15 marks President’s Day in the United States. Originally a holiday to celebrate George Washington’s birthday, the day was eventually changed to honor the service of all our nation’s leaders.

In celebration of this national holiday, it’s time to look back at Hollywood’s history with the presidents and see which ones have been most prominently featured on the silver screen. Some of these men are portrayed by actors and some are merely a background figure in the movie. No matter the situation, their presence was felt both in front and behind the camera. Below are four presidents who, for better or worse, have had a major impact on cinematic history.

Regularly ranked among scholars as our nation’s greatest leader, it’s no surprise that Abraham Lincoln holds the record for the most portrayals in film at an astounding 130 times, nearly double George Washington’s second-place tally of 70.

Honest Abe was the focus of one of Hollywood’s earliest biopics with director John Ford and leading man Henry Fonda telling the story of Lincoln before office in “Young Mr. Lincoln.” While the events in the film are fictional, the story of Lincoln early in his law career gets the spirit of him right.

It was a little over seventy years later when Lincoln got the biopic treatment again with Steven Spielberg’s aptly named “Lincoln.” Centralizing the time frame in the months before the end of the Civil War as Lincoln struggles to pass the much needed thirteenth amendment, “Lincoln” boasts a mesmerizing turn by Londoner Daniel Day-Lewis as the titular character, which won him his third Oscar as part of the film’s twelve total nominations.

Even with the pacifistic stoicism that he’s known for, Hollywood still couldn’t help themselves as they tried to turn the sixteenth president into an action star with the historically incorrect “Abraham Lincoln: Vampire Hunter.” The less said about that movie, the better.

The youngest president ever elected, John F. Kennedy was the first “television president” as he used the newfound technology to win appeal from the masses. Because of his popularity, Kennedy has made all sorts of appearances in film.

He had the conventional biopic detailing his navy heroics during World War II with “PT 109.” Cliff Robertson plays young Kennedy who leads his crew on treacherous resume missions in the Pacific. Bruce Greenwood portrayed the president in 2000 as he navigated the Cuban Missile Crisis in “Thirteen Days.”

Unfortunately for Kennedy, his most famous moment was his assassination on Nov. 22, 1963. That date is also the focus of several movies such as Oliver Stone’s inaugural presidential movie “JFK,” which peeks behind the curtain and tries to expose the conspiracies that cloud over what actually happened that fateful day. While most of the claims within “JFK” have been debunked, there’s no denying the power of Stone’s direction and the stacked ensemble led by Kevin Costner.

2013’s “Parkland” is set entirely within the day that Kennedy was assassinated, weaving together the perspectives of several people who were thrust into an extraordinary situation. A few years later, director Pablo Larraín and star Natalie Portman viewed the assassination through First Lady Jackie Kennedy’s eyes in “Jackie.”

Much like in real life, Hollywood’s relationship with the thirty-seventh president is rocky, to say the least. As the only president to resign from office, the story of Nixon has been tackled several times by prominent filmmakers.

Keeping him in the background, Alan J. Pakula’s “All the President’s Men” and Steven Spielberg’s “The Post” frame his presidency around the Pentagon Papers and Watergate scandal.

Peter Morgan and Ron Howard approached Watergate from a different angle with “Frost/Nixon,” as a post-presidency Nixon (played by Frank Langella) conducts a series of interviews with David Frost.

Only a few years after making “JFK,” Oliver Stone gave Nixon the full cradle-to-grave epic biopic with “Nixon.” Surprisingly not as damning as one would think, Stone’s movie plays out like a Shakespearean tragedy as our “hero” rises to the highest mountain, only to be eventually brought down to the lowest valley.

The 43rd president, George Bush has never been portrayed as the smartest person to occupy the Oval Office.

Adam McKay’s “Vice,” which takes a lot of influence from Oliver Stone, makes Bush a dimwitted supporting character with daddy issues that is puppeteered by his vice president Dick Cheney. Complete with a fake nose and hairpiece, Sam Rockwell received an Oscar nomination for his performance.

Ten years earlier, Stone was able to complete his presidential trilogy with “W.,” a surprisingly tame biopic with Josh Brolin as the title character. Again, Stone paints Bush as simply stupid man who didn’t understand the full consequences of an Iraq invasion.

While Stone partially acquitted Bush of Iraq, equally brash filmmaker Michael Moore eviscerated Bush with his Palme d’Or winning documentary “Fahrenheit 9/11.” Moore attacks the Bush administration for using fear and paranoia to justify a war in Iraq rather than going after those truly responsible for the World Trade Center attacks. Moore produced and released the film with the sole intention of preventing Bush from being reelected in 2004, which proved unsuccessful.