There will be another Trump 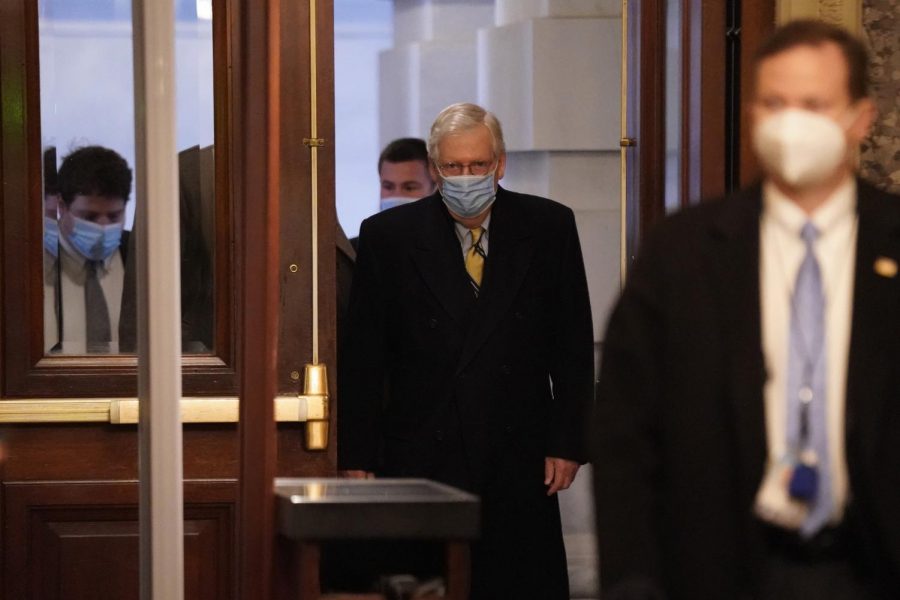 The outcome of former President Donald Trump’s impeachment trial has not only acquitted Trump but the trial itself has now broadcasted to the U.S. that white nationalism and racism is acceptable in the country again. The outcome also acknowledges how the elite class seems to be untouchable. Lastly, this trial seems to say that one political party is fine with an insurrection where lives were in danger. As of right now, the trial has shown that the Republican party may not be as broken as it appears to be.

Starting with Republicans  wishing to not lose their crazed fan base that they’ve created, Senator Mitch McConnell blamed Trump for the Jan. 6 attacks, but he did not vote against Trump. McConnell said Trump couldn’t be impeached, since he wasn’t the acting president. This has already been debated on both sides, but if McConnell really believed Trump was reasonable for the attacks, then why didn’t he make the vote count? If McConnell went against the rapid fan base of Trump, it may have cost him his political career.

Allowing the rhetoric of white nationalists, Nazis and other far-right supporters is now the lifeblood of the Republican party. The party of “freedom” has fallen so far down the rabbit hole, they have to rely on conspiracy theorists who want to overthrow, and even kill, members of the House and Senate if given the chance. U.S. Rep. Marjorie Taylor Greene has gone on record saying that Jewish space lasers are causing forest fires. The lifeblood of the Republican party is so bad, it’s becoming an infection within the party. They clearly have no idea how to handle it, but if they deny them, the party may split. The split would possibly create the worst political party, the U.S. has ever seen.

A split in the Republican party does have its benefits for the left. First, this would allow Democrats easier opportunities to run and hold office. The forthcoming problem is all the right-wing conspiracies – racist, homophobic and sexist ideology – that will be on the rise. Rep. Greene may be one of the few outed Q-Anon members, but now, with the failure of the trial, more individuals interested in running will no longer be afraid to hide their beliefs. Instead, they’ll bring them to the public, continuing the spreading of false information, racial violence and insane hateful theories.

If this was the Democratic party, then it would be ideal to fix the party as soon as possible, but since it’s the Republican party, letting the party eat itself from within could be the safest option. Republicans have shown so far they are not interested in unity with the Democrats. However, they are not able to unify their own party, and Democrats need to take advantage of the situation right now. Democrats need to start preparing for the next “Trump.” The next Trump will be another kind of politician. They won’t be a Trump by blood or name, but they will have the history of Trump to study how they can manipulate his audience into theirs. The trial has set the path for a new and worse politician to rise, and Democrats need to be ready to educate the population and save this country from the next Trump.