Rush Limbaugh passes, will be replaced 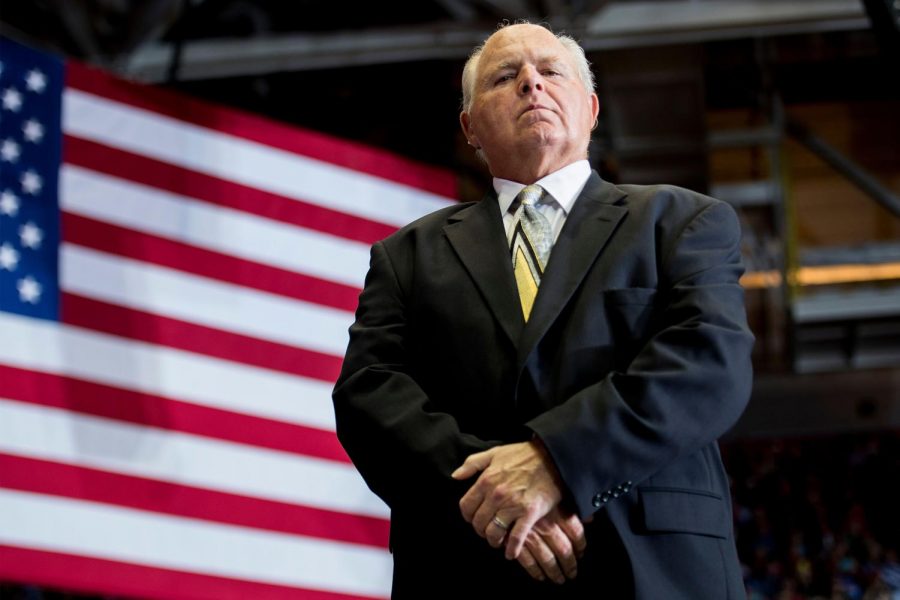 With the passing of Rush Limbaugh, who will replace his time slot of racist, homophobic and offensive content? Well, this is America, so go ahead and take your pick. Right-wing conspiracy theorists won’t be going away anytime soon. What is probably going to happen is the conspiracies are going to be cranked up and out of control. If Fox News can report President Joe Biden and First Lady Jill Biden’s “love” is an act, then it’s open season for conspiracy theorists.

One person who sticks out is Rep. Marjorie Taylor Greene. A broadcast about “Jewish Space Laser” is clearly what America needs right now. The issue at hand is even if one conspiracy theorists withers away, 10 more shall rise to take their place. One important lesson is even if one major homophobic, racist and sexist talk show host dies, the conspiracies keep on spinning.

Verbal and physical actions will always remain in the public domain; even though Limbaugh can’t spread more of his hateful rhetoric around, this just opens up room for more insane theorists to take a shot at the big leagues. When Bill O’Reilly was finally taken off the air, it did nothing to stop the right from peddling their agenda.

Hearing about the Biden’s love being called an “act” is telling of how far the right is willing to lie. It shouldn’t be a surprise, especially after events such as PizzaGate, fake birth certification planned out decades ago, deceased voters and the coup at Capitol Hill actually being led by Antifa, somehow. If Americans are allowed to voice such abysmal opinions, then nothing will stop the right from ruining or attempting to ruin future elections. One way of guaranteeing the end of hurtful/ hateful rhetoric is by becoming a new voice.

Everyone has someone or several people in their family who probably listened to Rush Limbaugh. It’s the conversation everyone avoids with them but keeping the peace between family and now friends is no longer the issue. If right-leaning individuals keep immoral thoughts alive, then the truth will turn into lies, at least to a majority of people. According to The New York Times, around 80% of Republicans don’t believe Biden was elected fairly. Of course, it took multiple right-leaning individuals to spread misinformation around, but how many does it take to spread factual truth? Take the time out of your day to approach someone who has been misguided and figure out how to lead them back from the depths of conspiracy thinking