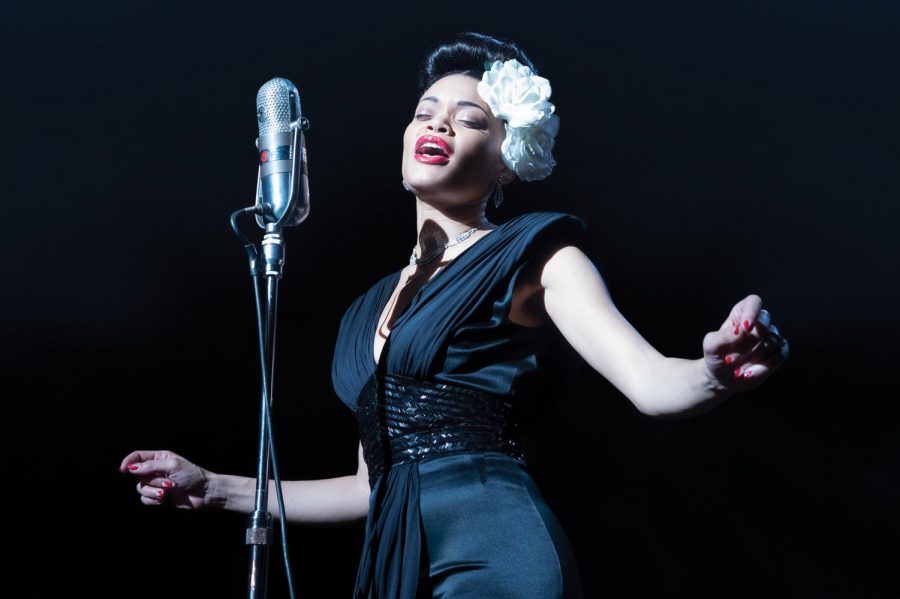 Why do these movies keep being made if they all use the same recycled formula? The answer is the Oscars. All of those movies I just listed won an Oscar for a leading performance by an actor portraying a real-life celebrity.

Biopics are the baitiest of genres when it comes to the Oscars. There’s no purely objective way to critique a performance, but it sure is a lot easier to judge a performance by comparing it to the real person than it is to judge a fictional character. Is that lazy and unoriginal? Of course! But it works so well and requires a lot less effort than the alternatives. Hey, if it ain’t broke, don’t fix it.

Speaking of lazy and unoriginal, “The United States vs. Billie Holiday” is the newest entry into this tirelessly imitated genre.

Lee Daniels of “Precious” and “The Butler” fame directs this true story of the persecution singer Billie Holiday faced from the federal government because of her anti-lynching song “Strange Fruit.” Holiday also struggled with a heroin and alcohol addiction, something that the government constantly used as blackmail against her.

The framing of this grand story surrounds an interview Holiday does just before she dies. She’s questioned about many things, most notably why “Strange Fruit” was a song she was willing to kill her career – and eventually herself – for.

It’s a question Holiday has no peace of mind to answer as she’s already given her answer by living a life filled with hate and bigotry. Daniels treats Holiday as a martyr, someone who died because of the wickedness of others.

While that approach has worked in several biopics before, the barrier that Daniels refuses to even attempt to overcome is to give his martyr some humanity.

Brief flashbacks here and there give glimpses into her childhood – one filled with whorehouses and abuse – that only aim to shock and traumatize the viewer.

Similar to Daniels’ exploitative directing is the screenplay by Suzan-Lori Parks, which has the same quality as a high school play. There is nothing in this script to deviate it from other biopics about black singers such as “Ray” and “Get On Up.” It’s the same old story of success, tragedy and redemption that you and I have seen a thousand times before and will see another thousand times again.

This time it’s just plain boring to watch. The two-hour runtime feels like three, and the message about racism and drug addiction boils down to “it’s bad, don’t do it.”

Sure, the cinematography and production design is top-notch. There’s one brief sequence seemingly done in one take that blew me away with its inventiveness and tonal ignorance. However, all those window dressings mean nothing when the core is empty.

So, who’s the person looking to win an Oscar for their titular portrayal? That would be Andra Day, already a Grammy nominee. Ms. Day has recently won the Golden Globe for “Best Actress in a Drama” and is looking to claim her spot in the Oscar race. Her performance is about the only thing that is worth praise as she both acts and sings circles around her contemporaries. It’s absolutely stunning that this is her first lead role in a film.

The rest of the supporting cast pale in comparison as Trevontae Rhodes is disappointing as conflicted federal agent Jimmy Fletcher , and Garret Hedlund is downright embarrassing as bureau head Harry J. Anslinger, who acts like the identical twin of Dick Dastardly.

“The United States vs. Billie Holiday” is a tiring and soapy entry into the neverending genre of musician biopics. Except for a great Andra Day lead performance, this is an entirely forgettable and shameful attempt to cover such an iconic time and figure in American history.