Laugh it up at GBPAC comedy night 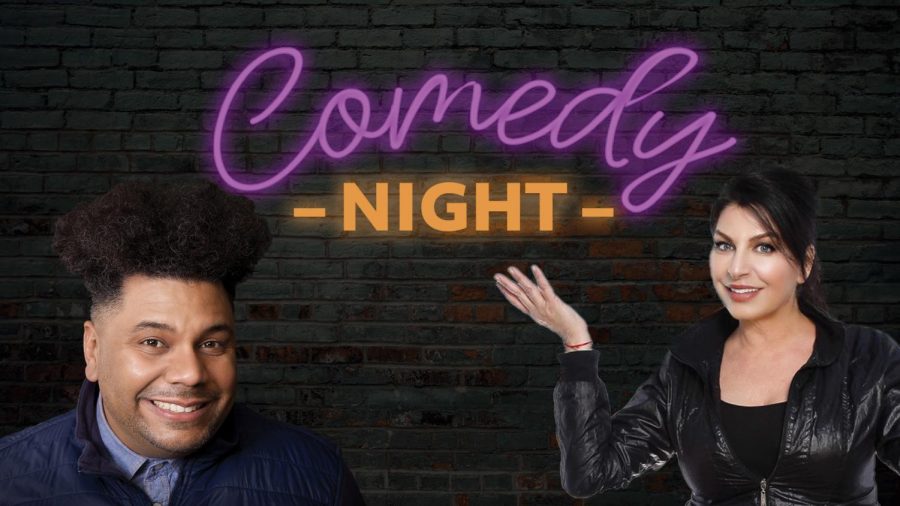 Comedians Orlando Leyba and Tammy Pescatelli will be showcasing their comedic talents at GBPAC later this month.

If students are looking to take a break from schoolwork, have a fun night out with friends and have a few laughs, look no further. Gallagher Bluedorn Performing Arts Center (GBPAC) will be hosting a double comedy night featuring comedians Orlando Leyba and Tammy Pescatelli on Saturday, March 27. Audience members will be socially distanced and will be expected to follow GBPAC’s COVID-19 safety policies.

Everyone will be required to wear masks  and the auditorium will be at half capacity giving people plenty of space to social distance.

GBPAC marketing manager Blake Argotsinger encourages students to try the show even if they are skeptical.

Orlando Leyba made his late-night debut on The Tonight Show Starring Jimmy Fallon and can be seen on EntreNos on HBO Latino, TruTv Laff Mobb’s Laff Tracks and his own HBO comedy special, “Adorable.” Leyba was also a finalist on NBC’s Standup Diversity Showcase.

Tammy Pescatelli worked as a morning radio show co-host and performer in the Quad Cities before kick starting her career in comedy when she made the Final 5 of NBC’s “Last Comic Standing” which received more than 18 million viewers. Pescatelli co-created, executive produced, wrote and starred in a reality TV show called “A Standup Mother.” Her comedy special “Finding the Funny” was released on Netflix in 2013.

Argotsinger recommends looking up the comedians on YouTube and watching a few of their stand-up routines.

“They aren’t big name comedians, and so the more you watch the funnier they get, and you connect with them so I would encourage people to take 10 minutes and just binge on YouTube videos and see what they got,” he said.

Tickets for the show start at $25.50 for students and can be purchased through Gallagher Bluedorn’s ticket office, over the phone by calling 1-877-549-SHOW (7469) or emailing [email protected] Tickets can also be purchased online at https://www.gbpac.com/event/comedy-night-tammy-pescatelli-orlando-leyba.