UNI-Dome roof to be replaced 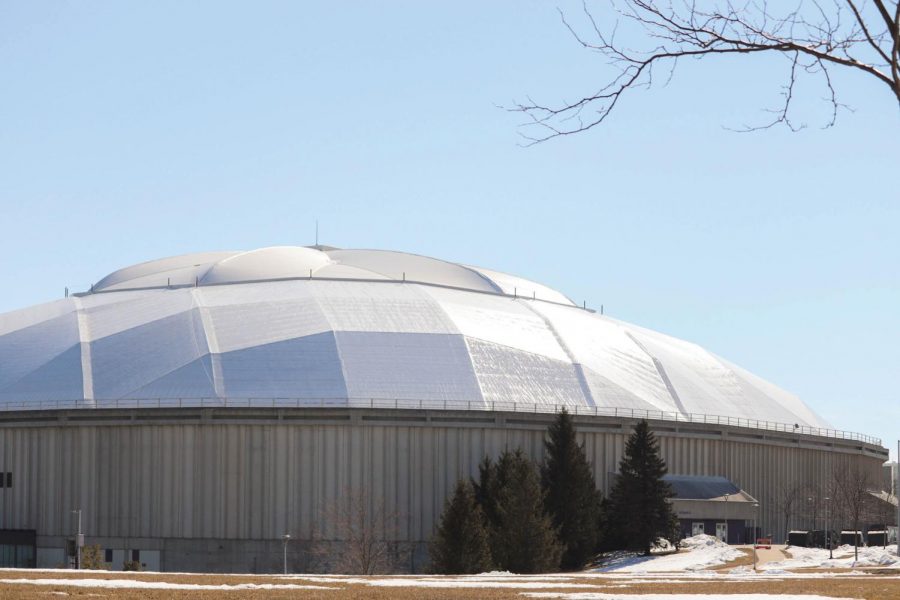 As parts of the UNI-Dome roof reach the end of their useful life, there are plans to replace the fabric.

Plans are in motion to give the iconic UNI-Dome a facelift.

The university plans to replace the central portion of the facility’s roof, which is made of fabric.

At a meeting of the Iowa Board of Regents property and facilities committee in February, Michael Hager, UNI’s senior vice president for finance and operations, presented the project.

“That fabric was last replaced in ‘99, and it lasted 23 years,” Hager said during the virtual committee meeting. “This particular fabric we’re moving into year 22, so we’re approaching (the end of) the useful life.”

He clarified that the outer portion of the roof, which is made of PVC, is still under warranty until 2040 and does not need to be replaced.

According to a Feb. 19 article from the Waterloo-Cedar Falls Courier (updated March 6), the project will cost $7 million-$8 million. During the committee meeting, Hager said a finalized funding source has not yet been identified, but the university is considering utilizing gift funds, the fieldhouse fund, the general fund and the athletic department fund.