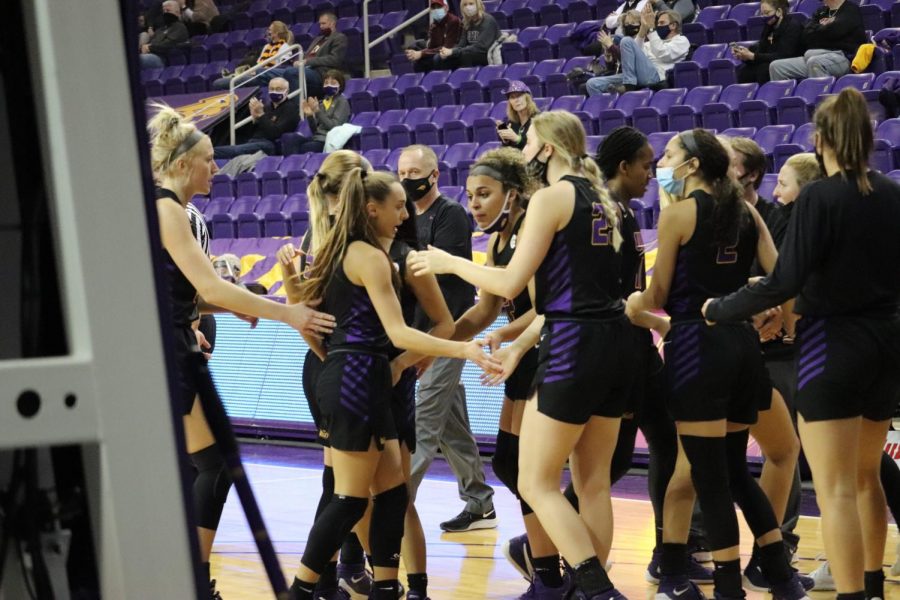 The UNI women’s basketball team played in the Missouri Valley Conference tournament, or “Hoops in the Heartland,” last Friday against the fifth-seeded Bradley Braves in the quarterfinal. The Panthers finished the regular season 14-11 and 11-7 in MVC play, with Bradley also 14-11 overall but 10-8 in MVC play. A close game was to be expected.

The Panthers ended the first quarter leading 18-11, yet managed to score only seven points in the second quarter, taking a 25-24 lead into halftime. Bradley came out of the gates strong in the third quarter, out scoring UNI 17 to 12 to take the lead from the Panthers and never looked back from there.

Bradley won the game by a score of 62-59, led by Gabi Haack who shot nine of 10 from the free throw line and scored a team high 25 points. She also grabbed a team high seven boards for the Braves. Both teams shot about the same percentages from the field and from three-point range.

Perhaps the biggest difference in this game was UNI’s struggles from the free throw line, only 63.6%, countered by Bradley shooting94%,or17-18free throws.

The Panthers were led

by Karli Rucker who had the most points and assists on Friday with 19 and three, respectively.

The loss in the first round of the conference tournament leaves the postseason fate of the Panthers uncertain. They almost certainly needed to win the tournament in order to receive the MVC’s automatic bid to play in the NCAA tournament but now are possibly looking at an invitation to the Women’s National Invitation Tournament, or WNIT. They finished the season with a record of 14-12 and 11-8 in conference play and will find out their postseason fate on Sunday, March 15.