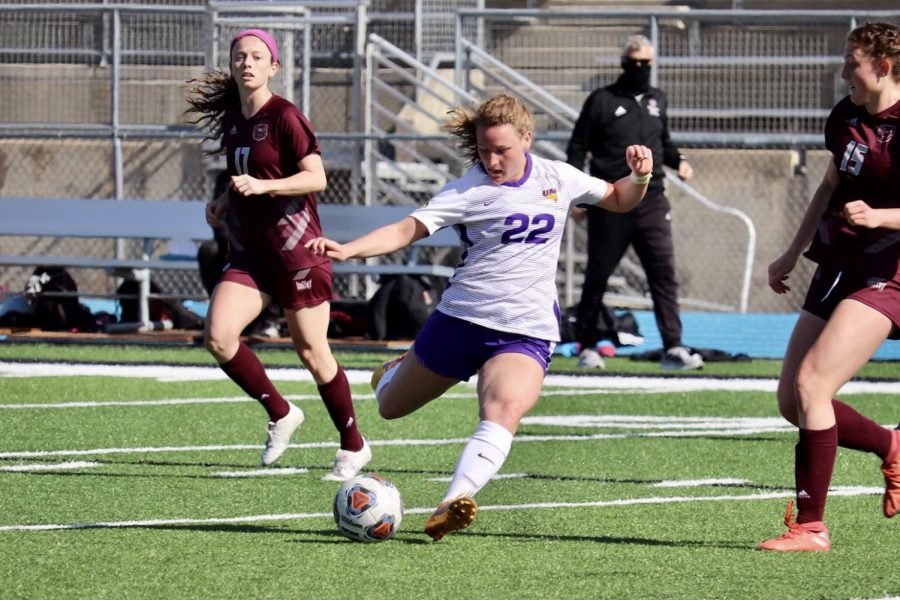 With Saturday's loss to Indiana State, the UNI women's soccer team fell to 3-4-2 on the year.

This past Saturday, the UNI Panthers women’s soccer team traveled to Memorial Stadium in Terre Haute, Ind. for a match against the Indiana State Sycamores. The Panthers entered the game with a record of 3-3-2, while the Sycamores entered 5-3. In a tight, defensive battle, the Panthers couldn’t quite do enough to come out on top, with the Sycamores coming away with a 2-0 victory.

In the first half, both teams played strong defense, each allowing only one shot on goal. The shot on goal from the Sycamores came in the 13th minute when a shot from Audrey Stephens got past UNI goalkeeper Caitlin Richards and found the back of the net, giving ISU a 1-0 lead. Less than a minute later, Panther senior Johnnie Richard had a chance to even the score, but her shot was saved by Sycamores goalkeeper Maddie Alexander. After the opening 45 minutes of play, UNI trailed 1-0.

The Panthers had an opportunity to tie the game just two minutes into the second half, but Alexander once again made a nice save to keep UNI off of the board. In the 59th minute, the Sycamores got back on the scoreboard via a goal from Carlie Jensen, extending the lead to 2-0. The Panthers managed only one shot on goal throughout the remainder of the game, which was once again saved by Alexander, and Indiana State came away with a 2-0 victory.

The Sycamores were able to attempt 11 shots on the day including five on goal, whereas UNI attempted only six shots with three on goal. The goalkeepers for both teams had three saves each.

With the loss, the Panthers fall to 3-4-2 on the season. They will conclude their regular season this coming Wednesday, April 7, when they host the Drake University Bulldogs at Memorial Stadium in Waterloo.